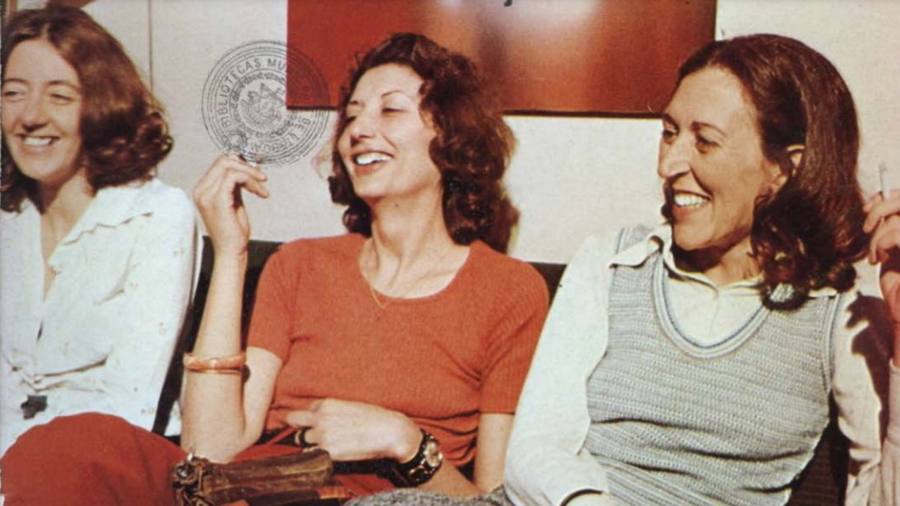 Censors are shrewd critics: their sleuthing instincts have sniffed out works that resonate lastingly in all dictatorships. Fifty years ago they rendered this involuntary service to Portuguese readers, when the regime of Marcelo Caetano banned a striking and unclassifiable work, New Portuguese Letters.

The authors, Maria Isabel Barreno, Maria Teresa Horta and Maria Velho da Costa, were inspired by a book published in 1669, Letters from a Portuguese nun, to produce a collage of letters, sketches, poems and reflections on feminist themes. The censors, however, sensed the danger, and the “Three Marias” were detained and interrogated in the Moniques Monastery, a women’s prison in Lisbon. They risked a trial and the possibility of a two-year prison sentence for “contempt of public decency” and “abuse of freedom of the press”.

Feminists, translators and writers around the world, from the French philosopher Simone de Beauvoir to the novelist Doris Lessing, have mobilized; in 1974, American poet Adrienne Rich dedicated a poetry reading at the University of Arizona to the Three Marias.

But as I read New Portuguese Letters, in the late 1990s, I was attracted more by its collaborative form than anything else. My 1975 edition of Bantam Books proclaimed on the cover: “Banished like a scandal. The most explosive work on women since that of De Beauvoir The second sex.” As the 2000s approached, many of the battles he engaged in seemed to have been fought and won; New Portuguese Letters felt like a historical document.

“We are given in marriage and sold by ourselves,” lamented one of the Marias. “There was no bread for us at the men’s tables.” But the women and the others had found their own places at their own tables and earned their own bread. And in a post-feminist era of greater freedoms, the persistent depictions of women’s sensual inner lives didn’t seem so shocking.

In 2022, what is What is shocking is that across the world we are again fighting many of these old battles. Abortion rights have been overturned in the United States; authoritarians, from Vladimir Putin to Viktor Orbán, have passed anti-LGBT laws; women left the workforce in large numbers in India, and Muslim women were besieged as Hindu nationalism grew stronger.

Over the years, New Portuguese Letters inspired plays and dramatic readings, and in October a documentary on the Three Marys, What words can do, will have its world premiere at the DocLisboa International Film Festival in Lisbon. Returning to New Portuguese LettersI read it differently — as a half-century warning against fascism and religious repression in all its forms.

“We were three friends and three writers from the same generation,” Horta said in a 2014 interview with Guernica magazine, “It’s a book that grabs you because it’s a book of political struggle. It’s exciting work.”

Barreno, who died in 2016 aged 77, was a writer, sculptor and essayist; da Costa, who died in 2020 at the age of 81, received the Camões Prize in 2002 for her novels, short stories and fiction. Horta, 85, is a feminist poet, playwright and journalist, and had already had her collection of poems from 1967, Mim’s Minha Senhora (My Lady of Me), censored by the dictatorship when she started working on New Portuguese Letters.

We are, write the authors, “only a trio of hands, an anonymous choir”. Even when interrogated and tortured, they refused to identify which woman had written which section, especially the passages deemed “pornographic” and “obscene” by Caetano’s morality police. In 1974, Judge wisely read the shift in public mood and published the Three Marias just before the bloodless Carnation Revolution ended Portugal’s long decades of dictatorship.

In her 2014 Guernica interview, Horta said, “I’m not the little woman writer who stays at home. No, I’m in the middle of the street with the women, with the men and the women. My greatest asset is freedom. New Portuguese Letters has immense power as an anti-fascist tract, not because it directly denounces Caetano and his predecessor, António de Oliveira Salazar, but because the Three Maries claim the right to live according to their deepest instincts.

Some of the most powerful sections are where Barreno, Horta and da Costa weave letters and fictional accounts of women accused of witchcraft, of wives abandoned at home by husbands gone to war, of women who have little the choice of love, marriage, work, motherhood, alien to their own desires. This collective history of ordinary voices is what ultimately stands against the censorship of dictators.

“It’s time to cry: enough is enough,” say the authors. “And form a barricade with our bodies.” Every generation thinks the wars of the past are over. Ours will once again have to return to the barricades – inspired by the struggles of those who, like the Three Marias, put their own bodies and lives on the line.