Why writers are key to our cultural identity 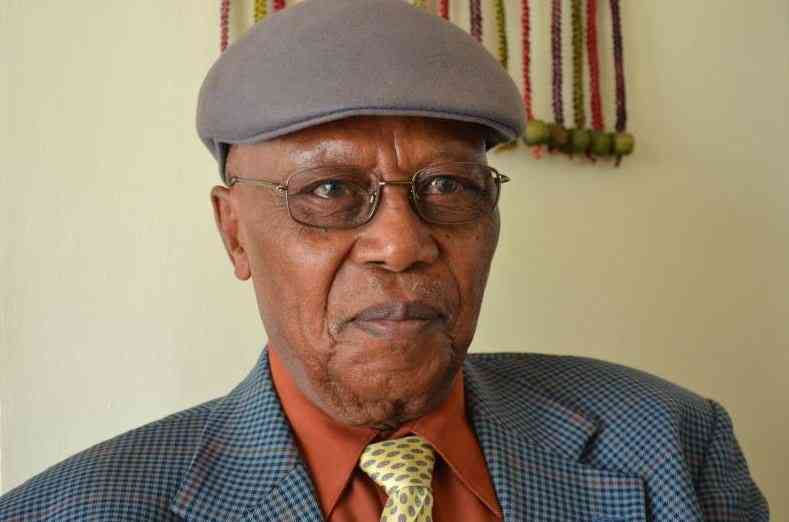 Kenyan writer Mutu wa Gethoi has denounced Kenya’s loss of cultural identity and the universal adoption of ‘non-African’ ways of life. The writer wants Kenyan authors to be at the center of the push to reverse the trend that he says has enslaved the minds of Africans.

Gethoi (pictured right) has published six biographies, including that of Njenga Karume, Beyond Expectations: From Charcoal to Gold; Philip Gichuru Gitonga, KItchen Toto at the Ambassador and Jeremiah Kiereini, A daunting journey.

He is also the author of the book, Mass Elders, and poetic composition, A checkered serenade to Mother Africa.

take over the role of the writer

It is difficult for writers to help the masses claim their cultural identity if they themselves are unsure of what constitutes such an identity. Many have abdicated this role or are unaware that it is their calling. In any case, it is better to start and fail.

Back to the roots

Each community had devised means of transmitting cultural values ​​using songs, proverbs and dances. Again, this will only help if current writers know about the oral transmission of such values. But ‘de-Africanization’ has made them rely on foreign narratives, often citing the concept of the ‘global village’.

Erase the colonial and missionary mentality

Missionaries were the first to arrive on African soil, paving the way for the colonialists. Both groups viewed our culture as backward, uncivilized. Unfortunately, the local chiefs accepted the visitors’ terms and conditions.

The purpose of adopting so-called Christian first names was to make Africans believe that entry into heaven was only possible for those who had converted and accepted to be renamed, but the same change of first name n was not practiced on other continents. Have our writers accepted this mental colonization?

Be students of history

For whom do we write? As mentioned earlier, our failure to study our history has contributed to cultural erosion. This in turn contributes to fewer authors on our culture, poor promotion or marketing of all books written. Contrary to the oft-repeated idea that Kenyans don’t read, they will when given relevant content.

The erosion of our culture through the assimilation of foreign ideologies has greatly lowered our self-esteem as a people. A new culture was promoted as the only way to develop. We then grew up shying away from our earned culture, even abandoning our vernaculars.

Interestingly, the Maasai are still considered a confident people as they are perhaps the only people in the country who have striven to retain their cultural principles.

Many writers seek quick financial gains in the form of schoolbooks. Few people will publish books about our culture because these might not gain traction in a system that places secular education before tracing our roots.

On the other hand, schools can do more to reinforce these cultural values ​​by ensuring that there is a book on the local culture in the library. Our children spend more hours at school than at home. Imagine what good would come to our society if every child had a copy of a book about the local culture?

Be proud of the authors

Countries around the world celebrate their authors. In Kenya however, writers are not as recognized as they should be. Most are celebrated in their sunset years. If we don’t take them as we do musicians, maybe they would give us back in kind by being diligent in showcasing our cultural values.

A worthy writer must not give in to outside pressure to conform. As mentioned earlier, the first thing the outsiders did to control the African was to change his name. My father resisted such overtures when they tried to call him ‘Leonard’. Was there something wrong with his African name? I followed suit and refused to take an English name or give such names to my children.

All this “white” is not wrong. We are all beneficiaries of modern technology in terms of agriculture, education or medicine. Yet despite this progress, we can still maintain our cultural identity.

Get rid of the bad:

Let’s not close our minds to the fact that not all of our cultural values ​​are beneficial. Some are totally backslidden and must be rejected. For example, there is no merit in female genital mutilation.

This was one of the key points of the conflicts in particular between the white man and the Kikuyu. In fact, the creation of what were called “independent” schools was intended to counter the drive of white missionaries to kick the habit in central Kenya. Destroy all backward tradition in the name of culture.