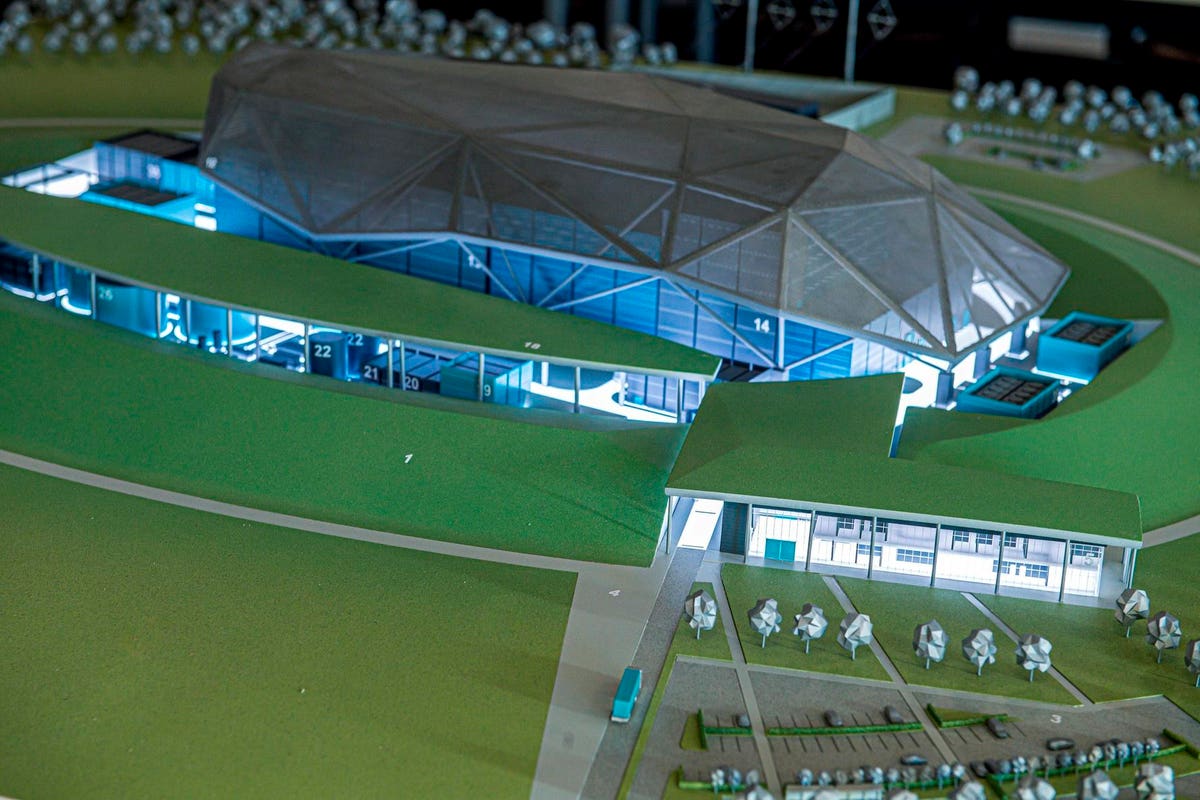 The so-called Generation IV high-temperature reactors are best known for the production of electricity. But they can also be used by industry. Because they operate at 800 degrees Celsius, they can process chemicals, desalinate seawater, and produce clean hydrogen for electricity and transportation. Even better: Reactors can locate where shut down coal-fired power plants once stood, restoring economic health to devastated parts of the country.

“Electricity is the fruit at hand,” says Patrick White, project manager for the Nuclear Innovation Alliance, in a conversation with this writer. “We have not yet integrated nuclear energy with large chemical installations. There may be hiccups and things to fix. But we will see the first reactors for industrial applications at the end of the decade. After the construction of the fourth and fifth reactors, companies will register en masse. The goal is decarbonization.

Specifically, Dow partners with X-energy to develop a small modular reactor at one of Dow’s sites along the Gulf Coast, which could be commissioned in 2030. Dow is also taking a minority stake in X-energy. Each modular reactor can generate 80 megawatts. But they can be stacked to produce 320 MW, providing clean, reliable and safe baseload power to support power systems or industrial applications.

“Advanced small modular nuclear technology is going to be a critical tool for Dow on the path to zero carbon emissions and our ability to drive growth by providing low carbon products to our customers,” said Jim Fitterling, CEO of Dow. “X-energy’s technology is among the most advanced and, when deployed, will provide safe, reliable, low-carbon power and steam.”

Currently, 99% of the world’s hydrogen production comes from fossil fuels. This is called gray hydrogen. The goal is to switch to green hydrogen, where solar panels or wind turbines produce electricity through an electrolyzer. But the heat and electricity from nuclear power can also split the water molecule to produce hydrogen, which is used to refine oil, produce steel or make chemicals.

Such a process is emission-free and indispensable. According to United States Environmental Protection Agency, electrical power caused 25% of global greenhouse gas emissions, while industrial operations accounted for 24%. Transport accounted for 27% in 2020.

Nuclear energy can also desalinate seawater. According to the International Atomic Energy Agency, 40 million cubic meters of potable water supply is produced daily – mostly in the Middle East and North Africa, using fossil fuels to draw steam or electricity to facilitate the process. But he points out that nuclear power and desalination plants combine in Japan and Kazakhstan, where commercial facilities have been operating since the 1970s.

“If we’re interested in clean energy, think about all the fuel sources we have,” says the alliance’s White. “Electricity generation accounts for around 25% of our emissions. Nuclear power can respond to industrial sectors that are difficult to decarbonize. Nuclear power plants must also operate at full capacity. Using them for desalination and hydrogen production – while producing reliable electricity – is a good synergy and profitable.

Of course, there are many obstacles to overcome. Nuclear fuels are often characterized according to their concentration of a specific uranium isotope, U-235. The reactors in operation today in the United States require a level of fuel enrichment of 3% to 5% in 235U, called low-enriched uranium fuels. Many advanced reactors under development will require higher levels of fuel enrichment, some up to 20% in 235U. This more enriched uranium fuel is called High Dosage Low Enriched Uranium (HALEU).

The main challenge for advanced reactors that require HALEU fuel is that the material is not commercially available in the United States. The only supplier is the Russian state company TENEX, which is not desirable in the current circumstances. But federal incentives could catalyze domestic fuel production and create a sustainable value chain. Otherwise, Australia, Canada and Kazakhstan also provide it.

At the same time, the cost of building these advanced nuclear reactors is difficult to quantify. More certainty will come after developers start designing factories and modeling expenses. Also, since society is pricing carbon, nuclear energy will be more attractive. Consider that GE Hitachi Nuclear Energy is working with Ontario Power Generation to build a small reactor that will start up in 2024: they are trying to get others to implement the same technology to reduce costs.

Indeed, Simon Irish, Managing Director of Earth energy, writes that fourth-generation nuclear power plants can replace coal-fired plants, reinvigorating the communities that hosted them. Because these advanced reactors can operate at the same temperatures as a coal-fired boiler, it’s a practical idea. Additionally, the replacement unit is emission-free.

Jigar Shah, director of the Department of Energy’s loan programs office, agrees with the thinking, saying the move is a logical start, as the infrastructure and grid connections are already in place. His agency is providing $11 billion to help develop small modular reactors.

“If the nuclear industry does what it’s been doing for decades, people will balk,” says White, of the Nuclear Innovation Alliance. “He didn’t deal well with the public. We now have an opening to give nuclear another chance through decarbonization. But we have to build trust with the communities and explain the technologies. We have to make sure they are comfortable with it. We need to get a social license for nuclear power, so people will want it in their backyards. »

A renaissance of nuclear energy could finally happen. Decarbonization is the impetus. But the Cut Inflation Act adds tax benefits that will pique the interest of investors and lenders, benefiting tricky communities and the broader economy. Dow spots an opportunity – a potential precursor to other manufacturers.