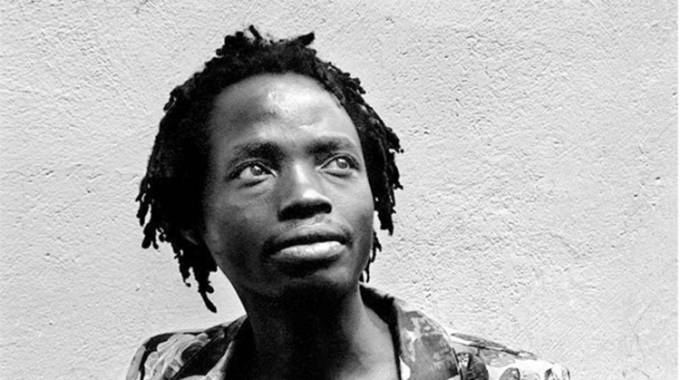 Onai Mushava revisits the cold encounters of two of Zimbabwe’s best-known writers, Dambudzo Marechera and Aaron Chiundura Moyo, in conversation with their contemporaries and critics.

Dambudzo Marechera’s moods swung between extremes like an Eskimo in Hades.

Everyone around him was the shadow of a plot that had to be resisted with unpredictable explosions.

Sometimes his big ideas had to be personalized to an immediate target; sometimes he was the drunken master with his unconscious in the open.

Aaron Chiundura Moyo, the Renaissance man with a neat afro, crossed belts and a sturdy smile, politely brushed aside the criticism and gave nothing. Still, the two could not feel at home during the writers’ workshops of the early 1980s.

Fresh back from exile, Marechera has never stuttered about being Zimbabwe’s best writer. Except that his manuscripts barely managed to get past the publishers.

Some of these editors were Chenjerai Hove of Mambo Press, Charles Mungoshi of ZPH, and Stanley Nyamfukudza of College Press.

They thought that Marechera was not communicating with “the people”; he was certain that the “village writers” stung him to protect their own territory.

The organizer of the Nyamfukudza workshop turned to publishing Mental attack shortly before the 1984 book fair, but Marechera remembered him as the state agent who had helped writer and politician Eddison Zvobgo take him away from the 1983 book fair. the Ziva Kwawakabva The writer had found his way from a tough childhood at Shoeshine Farm and garden work in the city at the center of the art scene with his brothers, sungura pioneer Jonah Moyo and mbira guitar pioneer Joshua Dube.

But, in the early 1980s, returning English scholars and writers, sidelined during Rhodesian literature

Bureau, had taken over the Harare scene.

Moyo felt uncomfortable among them for not having finished school and broke this company’s only English code with his Shona presentations.

“Put him out; he’s not a writer! Munyori, not an author,” was Marechera’s first time playing an honorable Madisa on Moyo.

Although Musaemura Zimunya remembers that Marechera had no permanent grudges and never repeated an insult, Chiundura was not so lucky.

After the workshop, the two writers would meet to co-present a seminar at a school in Highfield, Harare.

“Uyu Aaron munyori; he’s not a writer, ”was the introduction Moyo received from the writer friend for whom he had bought a taxi ticket and chikari (traditional beer) along the way.

Marechera was able to distinguish between writer and munyori by denying Moyo the scene until the end of the day.

The students left Moyo’s late presentation as did the English language writers, back to the workshops.

The literary divide of the early 1980s foresaw such dramas, Zimunya recalls, although he has no recollection of the studio incident.

Most of those who wrote in English had been literature students in high school and college, so intimate with theory and confident in expressing themselves, he explained, while Shona writers relied on their own. initiative and their natural talent.

Moyo was such a self-taught writer, having failed to make it past the junior certificate.

“A particular immersion in English could engender attitudes of pride, arrogance and disdain – or the impression of such, depending on the occasion or the audience.

And Dambudzo, always the well-rehearsed and articulate poseur, was never one to miss the opportunity to impose himself on his audience, ”Zimunya said, adding that those less familiar with Marechera’s madness would find him at never insulting and repulsive.

Marechera was a man of ideas and a child of crisis.

Ideas in times of crisis are not only expressed but embodied; politics is not only your conviction but your condition.

Marechera was negatively conditioned by the uprooting, violence and repression of the colonial commune.

If he seemed extreme in his opinions of his fellow writers – it was the dude who once said Charles Mungoshi was not an artist and was disappointed with Wilson Katiyo and Zimunya for doubling down on their writing with day jobs. – he probably saw them as faces to pin down. to his ideas.

In Moyo, he found an immediate target for his well-documented resentment for the Shona novels.

“Somehow they kept inviting me even though all of my addresses were in Shona, much to the disappointment of many attendees. Some left as soon as I got up to talk, ”Moyo remembers.

“When asked to use ‘correct language’ I would hold my ground firmly and say ‘No!’ Chenjerai Hove and Stephen Chifunyise didn’t like this bad habit of speaking in a local language, but Musaemura Zimunya seemed to like it in a way, ”he said.

The writers’ platforms of the time weren’t made for writers like Moyo.

“After the birth of the Zimbabwe International Book Fair (ZIBF) and the Zimbabwe Writers’ Association (ZIWU), whose chosen language of communication was English, writers in indigenous languages ​​were further marginalized from the perceived center of literary culture and glamor, ”Zimunya explained.

“The majority of ZIWU members wrote in English, although we had Giles Kuimba in the executive structure. Thus, the literary divide was to widen further. At the time, neither the ZIBF nor the ZIWU made a deliberate effort to reach out to the indigenous language writers community, a development which led to the formation of the Zimbabwe African Languages ​​Writers Association by the aggrieved authors. Zimunya added.

While some “status” writers have feigned hospitality, Dambudzo Marechera made no secret of his dislike for me and twice disqualified me as an author, ”Moyo recalled.

The first time Moyo drew the munyori interjection, he had made a contribution in Shona.

There was no question of facing Marechera, a bad boy and cult hero adored by his fellow writers.

Moyo was comforted that few people had heard the interjection and let it pass.

He would soon be seeing the Marechera show again at a book event chaired by President Canaan Banana at the Kingston Bookstore. The literary community was already packed inside the room when a not-so-sober Marechera showed up, making funny remarks that drew attention to himself.

“His readers followed him to the shelves. I was busy looking at new posts on the Shona section and pretended not to notice it. He would go to the English section with all eyes on him and choose a book, look at it, put it back and so on. We didn’t know he was actually looking for his new book, Mental attackbut somehow I couldn’t locate it, ”Moyo said.

A restless Marechera addressed the seated delegates at the top of their lungs:

“My new book has been banned! Look, they banned my book! He had already tasted this ordeal during his second novel, Black sunlight, was banned for “obscenity and profanity” while still in the UK. “I couldn’t ignore it because I wanted to read the new ‘forbidden’ book,” Moyo said.

The next time fate brings Moyo, Marechera undresses him in front of high school kids.

It was due to their common former pupil, a Makahamadze who had frequented Moyo’s place for writing lessons as a 4th year pupil before studying literature in Mr. Marechera’s A Level class at the Ranch House College.

By the 1984 book fair, Makahamadze himself had become a teacher at a Highfield school.

He invited Moyo to speak to the students because they had one of his novels on the program.

“He told me that I was going to share the stage with Marechera and I liked it very much because I wanted to show Dambudzo that a munyori was equal to a writer in front of students.”

Makahamadze was to meet his two former teachers at the corner Kenneth Kaunda and Julius Nyerere and travel with them to Machipisa.

However, he apologized for going ahead and minding school business, leaving Moyo to wait for Marechera.

the Mental attack The dude arrived, unusually dressed in a suit and coldly nodded at Moyo’s greetings.

“Where’s the car to take me to school?” Asked Marechera.

Moyo said no cars had been arranged. They had to grab a Peugeot 404.

” Who will pay ? Asked Marechera.

Moyo jumped in the back of a taxi whose seats were already crowded, worried about the start time.

“Comrade, munosara (you will be left behind)! He shouted to Marechera.

The Cde Dambudzo jumped out and they shared the trunk of the 404 in Machipisa in silence.

Marechera was thirsty when she arrived.

They argued over how long they were due at school and Moyo agreed with Marechera that they still had minutes to kill.

They entered a bar near Gwanzura Ground where teetotalist Moyo bought Marechera two pitchers of chikari because he had no money for a lighter beer.

Marechera drank his beer in silence while Moyo resented his friend’s coldness and his unethical “Fadza Mutengi” (please make the buyer happy).

The two celebrities expected an enthusiastic reception but the school was bent on routine and their young host was nowhere in sight.

Makahamadze was, in fact, frantically negotiating with other teachers to release students for his seminar.

Marechera saved herself the embarrassing spectacle by disappearing into a former classmate’s classroom.

A teacher who loved Moyo’s novels called him into his own class and asked him how such great writers were fooled by a temporary teacher who was new to the school.

But it hasn’t been difficult for teachers to quickly assemble a star-studded audience for writers. Marechera went to ask Moyo how much money he had received. “Nothing,” the TV guy said, and Marechera screamed he wanted his money.