What’s on in Moscow from February 4 to 6 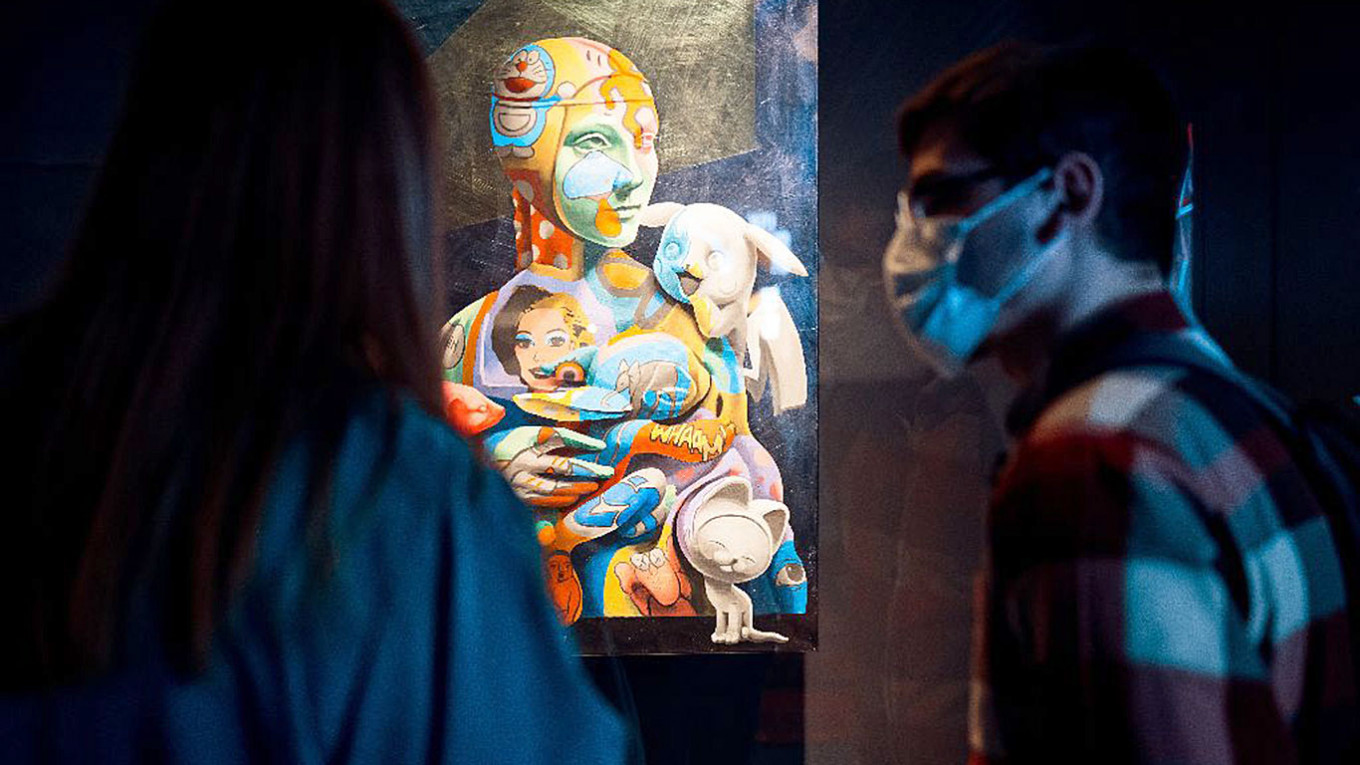 If you haven’t been to the Zaryadye Park Museum, the actual show would be a great introduction. Titled “360 Degrees, or the Faceted Vision of the Dragonfly,” it is dedicated to art historian and curator Vitaly Patsyukov, who died aged 83 last October. The exhibition highlights works by some of the artists Patsyukov has known and worked with over his 40-year career, including such giants of Soviet and Russian art as Ilya Kabakov, Erik Bulatov and Dmitry Prigov . It is divided into three sections — “Dialogue with the Great”; “In Search of Lost Time” and “Artists of the Sixties” – with a special section called “Sound Coordinates: What We Hear, What Looks At Us”. Everything is very eclectic, bright and intriguing, from visually stunning digital media to art of all sizes and genres. For more information and tickets, see the site here.

If you’re a fan of the late Swiss actor Bruno Ganz — and anyone who saw him as the angel Damiel in Wim Wenders’ “Wings of Desire” immediately became a fan — you’ll be happy to know that the State Tretyakov Gallery is collaborating with the Swiss Embassy in Moscow, the Goethe-Institut and Swiss Films to organize a wonderful film festival with or featuring Ganz. On Friday evening (February 4th), you can see him in the very dark comedy “The Party” , directed by Sally Potter and released in 2017. It starts at 7 p.m. in the very comfortable room of the Engineering Building. The film, like all the films of the festival, is screened in its original version – here English – with Russian subtitles. For tickets and more information about the festival, see the site here.

Save the date and buy your ticket now

On January 19, just between Valentine’s Day and Defender of the Fatherland Day – aka Men’s Day – the English-language Midas Theater in Moscow presents two performances of Oscar Wilde’s “The Importance of Being Earnest”. You can attend the matinee at 2 p.m. or the evening performance at 7 p.m. Anyway, there is plenty of time for dinner and drinks before or after. The play, which the theater describes as “humor, melodrama, roses, bow ties, neckties, sweet sighs, gentlemen, ladies, saints, sinners, cucumber sandwiches and good old England”, was wildly popular and generally sold out. So if you fancy going to Wilde’s side, buy your tickets here now.

Find out why everything you think about art history is wrong

It’s the last weekend of the “Odd Convergences” exhibition at the Pushkin National Museum of Fine Arts. Curated by French art historian Jean-Hubert Martin and Alexandra Danilova, director of the Gallery of 19th- and 20th-Century European and American Art, the exhibition features more than 400 works of art and artefacts from collections of natural history in unusual and unexpected pairings or groupings. The artwork is not annotated at all, which is initially disconcerting and somewhat annoying. But then you start to look at the works themselves more carefully, finding similarities between, for example, Russian icons and French cubist paintings. Thirteen “convergence” themes fill seven large halls of the museum, giving viewers the chance to consider images of love in paintings of lovers and witches, or see how an apple in Eve’s hand seems to transform globe over the centuries. The curators say these similarities, differences and transformations do nothing less than upend and “debunk the myth prevalent in art history”. For more information and tickets, see the site here.

Ad Marginem press, GES-2 House of Culture and the UK-Russia Creative Bridge program are launching a brand new type of literary festival this Friday. Called “Outline,” the three-day festival will take place live at GES-2, online and in newspaper. The main topics that will be discussed by Russian and foreign participants, all of whom have a professional interest in literature, are nothing less than the search for new literature, an analysis of the development of “old” literature and , finally, a discussion of whether we still need literature. Check out the schedule here and tune in for free to hear what people are saying. Among the illustrious and fascinating guests are author Rachel Cusk (“Coventry” trilogy, “Outline”); the poetess Oksana Vasyakina (“Wind of Fury”); art and culture critic Lera Kononchuk; author Olivia Laing (“The Lonely Town”); Litt Woon Long (“The Path Through the Woods. On Mushrooms and Mourning”); author Lev Danilkin (“Lenin: The Sundust Pantocrator”) — and another half-dozen more fascinating speakers. It would seem that the main language of the festival will be Russian, but there will undoubtedly be interpretation. Click on “program” for the speaker schedule.