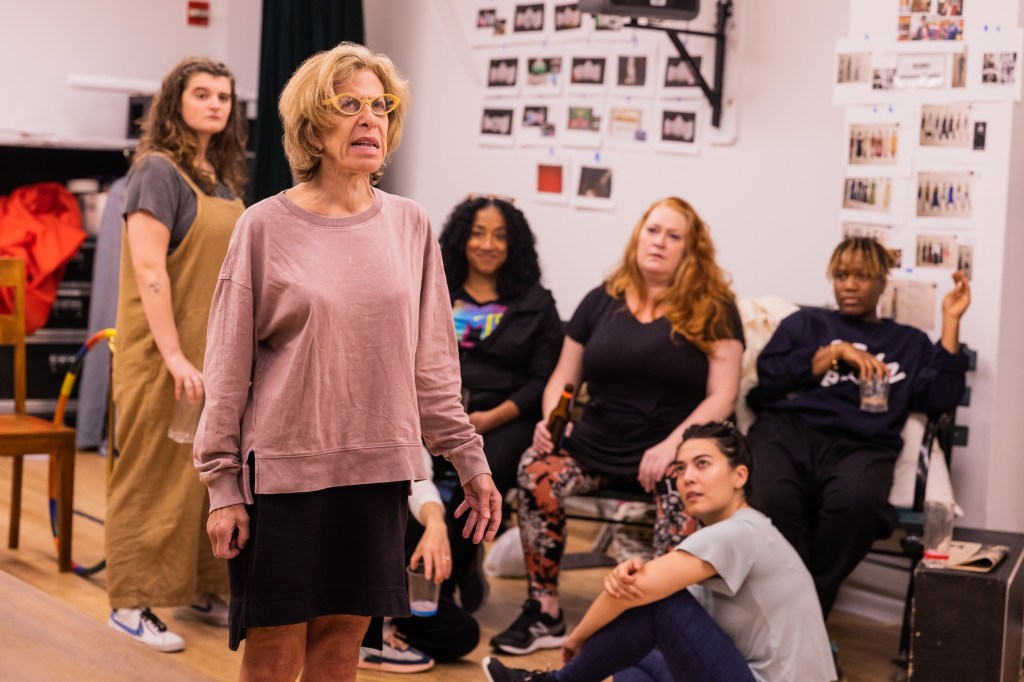 There’s a brand new rock musical coming to the stage at the Suzanne Roberts Theater in Philadelphia with an interesting story and featuring West Chester native Grace Slear as part of the ensemble cast.

“The Tattooed Lady” is a new musical starring one of the biggest stars of the sideshow, the fictional Ida Gibson, in a fantastical and moving tale that reveals the generational chasms and the bonds between Ida and her granddaughter Joy. . A parade of alluring characters appear, on a mission to free Ida from her self-imposed exile and help Joy find freedom through forgiveness. The musical celebrates the resilience of women whose choices have the power to set them free.

One such character is played by Spear, a graduate of the Center for Performing and Fine Arts at the Pennsylvania Leadership Charter School. They play Lady Viola and recently made their Broadway debut in Jagged Little Pill. Other recent credits include Urleen in the Kennedy Center’s “Footloose,” directed by Walter Bobbie and the New York Workshop directed by Stephen Brackett on “Reefer Madness.”

For the show’s creative producer, Paige Price (the former PTC production art director who commissioned the work), The Tattooed Lady represents a new direction for theater in Philadelphia.

The play by Obie Award-winning playwright Erin Courtney, Lortel-winning Max Vernon, developed and directed by Drama League winner Ellie Heyman, and choreographed by Mayte Natalio, runs from October 29 to November 20, with opening night scheduled to coincide with the Philadelphia Theater Company Gala on Nov. 4 at 8 p.m. During the show, look for special events, ink industry night, arts experiences on the tattoo theme, talks with local experts, themed cocktails and much more. All shows are presented at PTC’s home at the Suzanne Roberts Theater, 480 South Broad Street, Philadelphia, PA 19146. Tickets are on sale now and start at $25 and up. Tickets are available at www.philatheatreco.org, by calling 215-985-0420 or by visiting the box office.

Emmy-nominated and Obie Award-winning Jackie Hoffman (“Hairspray,” “Feud,” and “Only Murders in the Building”) stars as fictional star Gibson.

For PTC’s new co-artistic directors, Taibi Mager and Tyler Dobrowksy, the show exemplifies the type of work they want to see developed in the future.

“We are extremely excited to open our first season as PTC’s new Artistic Directors with this vibrant and exciting new musical from some of the nation’s top theater creators,” said Magar. “The Tattooed Lady is the perfect bridge between Paige Price’s successful tenure at PTC and what we hope will be a bold new future.”

Co-writer Erin Courtney, who is covered in more than a dozen tattoos herself, also felt a soul connection to the material. “As a huge fan of tattoos and female-centric storytelling, I immediately said yes to the idea of ​​imagining a musical about these brave and creative women who changed the American cultural landscape in refusing to accept the traditional route. Some of the characters in the musical are very loosely based on real women, Nora Hildebrandt and Maud Wagner. Our lead character, Ida (Imagena) Gibson is a fictional creation. Over the years of imagination, writing, revision, we found an essential theme to the story: “It is better to be strange than ordinary”.

While there are important takeaways artists want audiences to walk away with, they also want theatergoers to prepare for a wild ride.

“‘The Tattooed Lady’ is a complete meal,” Vernon said. “The show is wild, provocative, hilarious and entertaining like any freakshow trip should be. Beneath Our Tattooed Surface is truly a musical about liberation and self-love even when it’s really, really hard.

While the cast and crew worked hard on stage, the Philadelphia Theater Company worked on a larger, immersive experience for audiences. When the curtains are drawn, the story continues. There will be a special Ink Industry Night Oc party. 2 with Kristel Oreto. Oreto is the owner of Now and Forever Tattoo Collective, a Philadelphia-based tattoo collective organized for women, non-binary and trans artists. She will be hosting activities that include temporary tattoos and will showcase tattoo-themed artwork inside the Suzanne Roberts Theater. Tattoo Lady-themed cocktails and snacks will also be available. The evening aims to bring together young theater and arts patrons, social media influencers and members of the tattoo community from across the tri-state. Additionally, Oreto will join new PTC Art Directors, Taibi Magar and Tyler Dobrowsky, for interviews on November 6 and 13.