We need everyone who supports us to speak with their voices 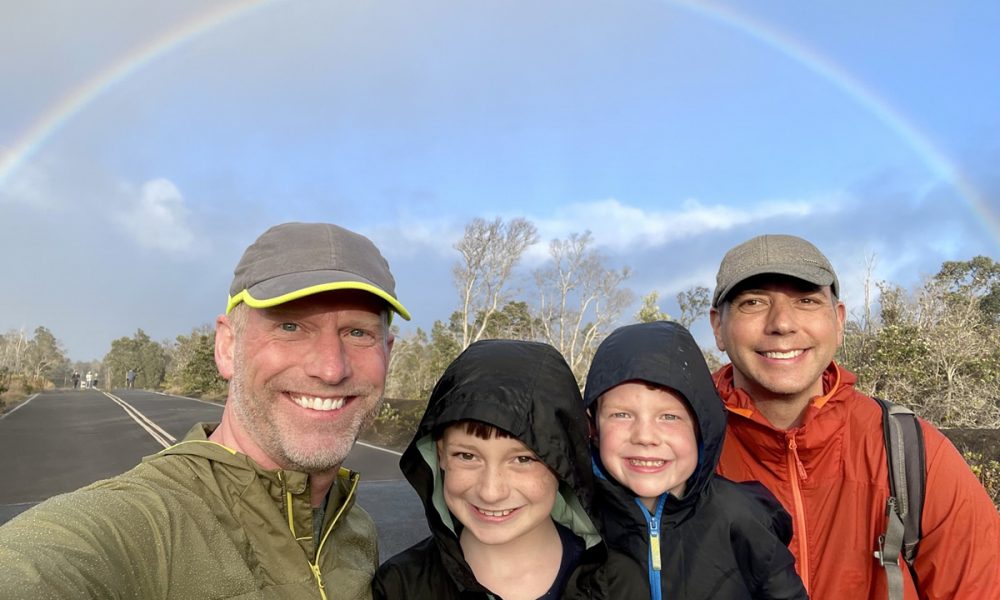 When we met 20 years ago, neither of us could have imagined the life we ​​share now. We have been inseparable ever since and are married – and legally – with two exceptional children. Our relationship is rooted in love, respect and commitment and is more resilient through hard-earned gains and painful losses.

LGBTQ couples and our marriages have the Support of an overwhelming majority of Americans. Now we’re speaking out in a new campaign to encourage everyone who supports us to speak with their votes. Our families have a lot to lose in this election.

When the Supreme Court overturned Roe v. Wade, rejecting the rights that Americans had enjoyed for almost 50 years, we immediately saw the threat. Our rights will probably be the next to disappear, as indicated in the concordant agreement opinion urging the court to reconsider Obergefell. The US Senate then postponed a vote on codifying marriage equality until after the election. Our rights as a family are in the hands of judges and voters, a reality that most couples never have to face.

But our love story is as extraordinary and ordinary as any other. We met by chance while sitting across from each other at a concert in 2002. We got engaged three years later, on Christmas Eve 2005, with a “kneeling” marriage proposal. and a treasure hunt leading to two silver rings. hung on a crystal cross. We began our journey together to become a family after asking the question: Would you do me the honor of spending the rest of your life with me? The crystal cross is the last ornament that we place on our Christmas tree every year with our children.

We had a quintessential chapel wedding in December 2007. Our parents walked us down the aisle, and our sisters and two best friends stood by our side to show our commitment, surrounded by family and friends. our close friends. Our marriage was not yet a legal marriage but it had all the important elements of meaning for any couple.

In 2011, we expanded our family through adoption. Although the biological family chose us as a couple, our state of residence considered us only roommates. One of us became the legal adoptive parent of our son, while the state relegated the other to the status of “other adult in the household”.

The fear and anxiety we faced as a committed couple living in a state with no marriage equality led us to travel to Washington, DC in 2012 to legalize our marriage. After many conversations among ourselves and with our family, we decided to move to a state with marriage rights in 2014 – a choice we realize not all families can make. We started over with a young child, a new home and a new job, and no support system from family and friends.

We worked with a local attorney to obtain legal recognition for the non-adoptive parent, a process that involved legal fees, paperwork and patience. We also changed our son’s birth certificate to include both of us as his parents. In 2015, we expanded our family again when we welcomed our second child, whom we were able to jointly adopt as a married couple.

We felt safe returning to raise our sons close to family in 2015, following the Obergefell decision. It seems like ancient history to think of all the steps we had to go through to get the same legal recognition and protections as every other couple and parent. Since Obergefell, families of all shapes and sizes have been increasingly accepted and welcomed into communities.

Yet there is no doubt that the court can take away marriage rights and will try. The risk to our family and all LGBTQ+ families is clear and deeply troubling. For us, if the Supreme Court overturns Obergefell, a dormant constitutional amendment barring legal recognition of same-sex marriage in our current state of residence would immediately invalidate legal recognition of our marriage.

We got married because we love each other and want to be there for each other. Our marriage helps protect our children and us. We never want to worry about any of us not being allowed into a hospital room, being eligible for survivor benefits, or, God forbid, our children not being considered part of it. of our family. All families deserve love and protection.

Equality for all families should not be a partisan issue. LGBTQ+ families already have the support of people from all parties. By sharing our story, we want to alert every LGBTQ+ voter and ally to take action to protect our family and our marriage. It’s time for politicians to catch up.

We urge voters to come up with a plan, find out if candidates support LGBTQ families, and most importantly, send a message of acceptance and respect with your vote. Nothing will deter us from being a family devoted to raising two children in an ever-changing world. Let’s hope for a world that welcomes, embraces and protects all families.

Kent and Diego have been together for 20 years, married for over a decade and are raising two beautiful children together. They are featured in an advertisement produced by GLAAD and Family equality now running nationwide urging LGBTQ voters to the polls.