Visual arts at Amherst, theater at UMass and Northampton, and more 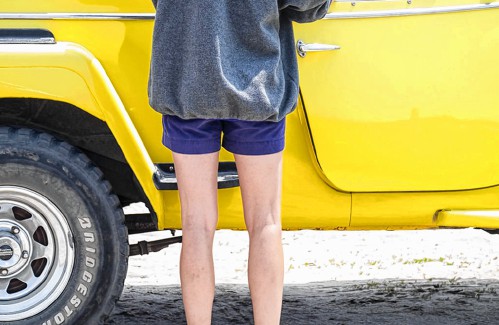 AMHERST — It’s a busy month in town this month when it comes to art, starting with the A3 Gallery, where the works of photographers Eric Broudy and Larry Rankin are on display.

“A Look Through Two Lenses” finds the two artists exploring detail and abstraction in photographs taken on Cape Cod and Martha’s Vineyard, from Broudy’s “Beach Bound,” a partial portrait of a person in shorts against a yellow car sharp, and Rankin’s gaze on worn clothes. rowing boats.

Rankin says his new images “represent what you might see if you pause and observe, imagine and wait, or come back the next day when the light might be better.”

Broudy and Rankin will discuss their work in an online forum on November 17 at 7:30 p.m., and the discussion will include a conversation with Northampton photographer Stephen Petegorsky and a preview of his work.

Opposite Galley A3 at Jones Library’s Burnett Gallery, oil paintings by Jo-Ann Denehy and Valerie Bassett are on display until November 29. Denehy focuses on landscapes, while Bassett offers still lifes and local scenes.

AMHERST — Virginia Wolff’s “Orlando: A Biography,” a magical, realistic novel about a time-traveling English poet who changes his gender and his life for centuries, gets a new stage adaptation at the University of Massachusetts Amherst .

In the play, written and adapted from Wolff’s novel by Sarah Ruhl, Orlando is a charismatic British nobleman who becomes the lover of Queen Elizabeth I. Ordered by the monarch to remain forever young, Orlando travels around the world and across five centuries to understand who they really are.

Orlando’s journey, through relationships and exploring her own gender, is an expression of “queer joy,” says Sowlat, who, along with many cast and crew members, s identify as queer.

“It’s an upbeat story about people who happen to be queer, joyful and exceptional,” Sowlat said in a statement.

To purchase tickets for the play, visit fac.umass.edu/Online, click on “Performing Arts” and scroll down to “all performance sold at Box Office”.

NORTHAMPTON — Who grows the local produce you eat? The Pioneer Valley Workers Center (PVWC) and the Botanic Garden at Smith College have partnered to feature their names and faces in an exhibit at the Botanic Garden.

According to the program notes, the exhibit also explores “the broken immigration system, the exclusion of farm workers from basic labor protections, and the conditions that forced them to rise up.”

In a statement, Alfonso Neal, co-director of the PVWC and photographer of the exhibition, said: “Photography can show the monumentality of a moment in an instant, and nothing is more monumental and impactful than faces and voices. agricultural workers who organize themselves in the fields and their communities”.

This is the second iteration of the “No Somos Maquinas” (We are not machines) project. The first exhibition, held in 2016 at the APE Gallery in Northampton town centre, featured oral histories and portraits of restaurant workers in Northampton.

HADLEY – In 2018, Northampton trauma therapist Peter Pruyn began writing a memoir about how he became a feminist. For the release of the book, he created a reading based on a few excerpts from the memoirs, to which he added improvised piano playing.

From this experience, Pruyn (pronounced “prine”) created an autobiographical play called “Up: One Man’s Journey to Feminism”. The subtitle of the production, he notes, speaks to a dual purpose: to raise awareness of gender inequality in our society and to increase the visibility of local organizations working in the areas of gender equality and injury prevention.

“Up,” which takes place at Happier Valley Comedy on November 13, 20 and 27 at 2:45 p.m., is based on chapters of Pruyn’s life, including attending an all-boys elementary school, being the only male in a class of women’s studies in college and working as a bush pilot in Alaska. He also draws on his experience helping female survivors of trauma.

Pruyn also adds piano music to these vignettes, and there will be an audience feedback session following the conclusion of the piece. It’s not his first encounter with performance – he says he’s been involved in community theater and led music in improv shows – but ‘Up’ is the first play he’s written.

Ultimately, he notes, the piece culminates “in a personal reflection on male privilege as a fundamental barrier to social change.”

Tickets are available at uptheplay.ticketspice.com/tickets.

EASTHAMPTON – Selections of South American music arrive in Easthampton on November 16 when Chilean-born singer Natalia Bernal and her ensemble perform the Blue Room at CitySpace, in aid of the renovation of Old City Hall.

For what is called his project “En Diablada”, Bernal, who now lives in New York, fuses Andean and South American folk traditions with elements of jazz, blues and rock.

In his music, Bernal explores his memories and “dreams of the Atacama Desert, the people who inhabited the land thousands of years ago, and how their legacy can teach us to navigate new paradigms in society” , according to the program notes.

She will be joined by four other musicians, including guitarist, co-composer and musical director Jason Ennis, who will play a separate set that includes works from her recent release “Jota Sete” and Brazilian and jazz music.

The evening begins at 6 p.m. with a cocktail (including appetizers), followed by music from 7 p.m. to 9 p.m. Tickets are $75 and will go towards the ongoing effort to transform the second floor of Old City Hall into a multi-purpose performance venue.

To register for the event, visit cityspaceeasthampton.org/presents.