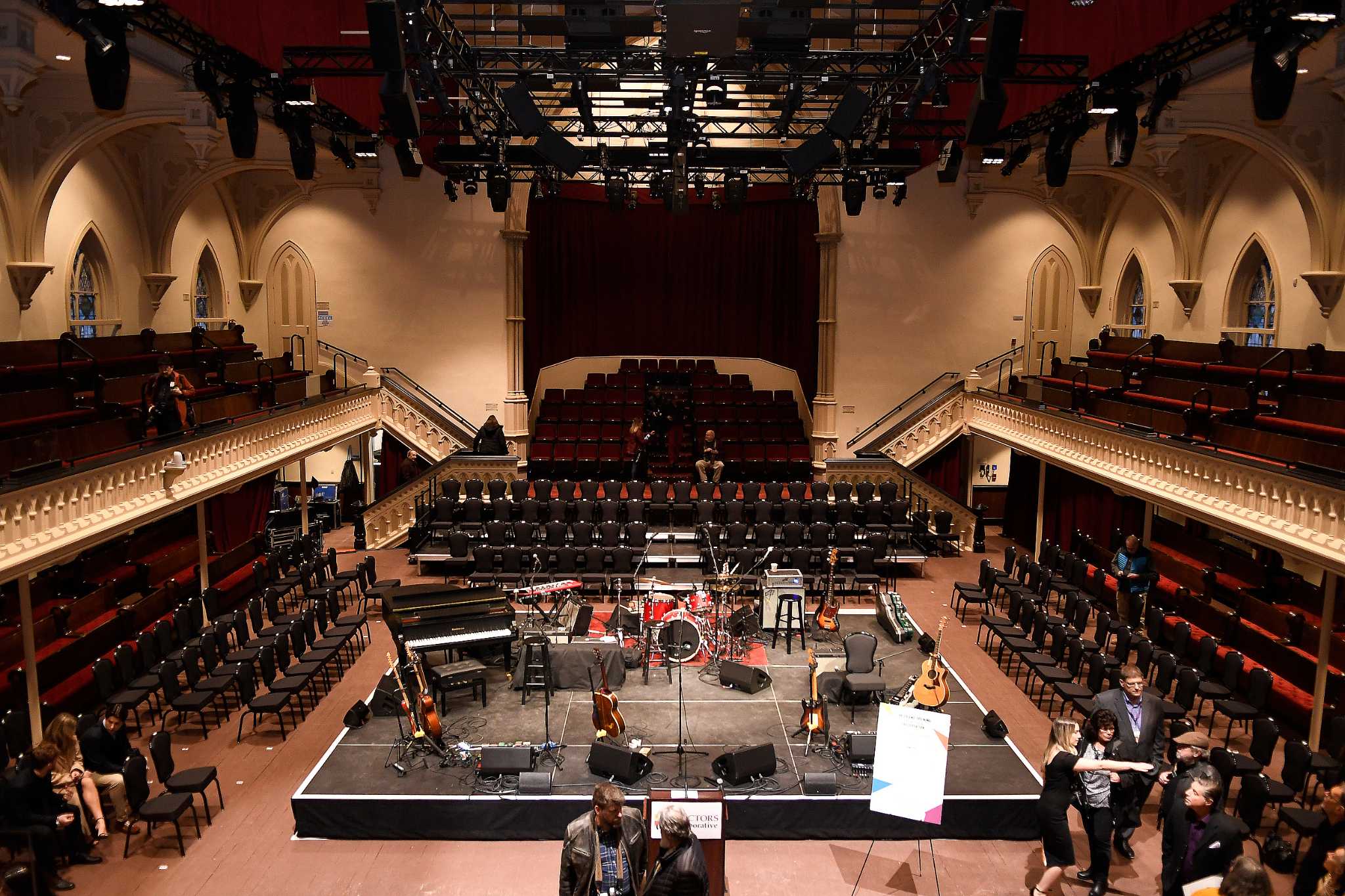 Universal Preservation Hall has announced shows for the 2022 season, including an In the Round series, a silent disco, a few notable names sharing their talent, and holiday classics to bring in December.

Universal Preservation Hall, “UPH”, is the venue for performing arts and community events located in Saratoga Springs. It was rebuilt from an old 1871 Methodist church and transformed from a 19th century Victorian Gothic church into a state-of-the-art performance hall that will be nothing short of amazing.

A silent disco is an activity where people dance to music played on wireless headphones. Rather than using a traditional speaker system, music is streamed through a transmitter, with the signal picked up by wireless headphones worn by participants. Grab your headphones, choose your music, and customize the Silent Disco as you tear up the dance floor.

An evening impossible to refuse with Gianni Russo — 7:30 p.m. August 5

Gianni Russo, known for his iconic role in The Godfather, as well as other film and TV credits. Join us as Gianni Russo inspires audiences with the legendary journey of his music, the storytelling of his life and his acting career.

Composer Jean Félix Mailloux performs music inspired by the Italian Renaissance. This music and jazz show will make you experience a whole range of emotions with surprising music, transcending beauty and wonder.

Isaac Mizrahi, actor, animator, writer, designer and producer for 30 years, now brings his talent as a singer to UPH for the first time! A cabaret-style show not to be missed.

For nearly 20 years, Justin Roberts has been creating the soundtrack to family life, helping children through the joys and sorrows of growing up while allowing parents to remember their own childhoods.

It’s the most wonderful time of the year, and It’s a Jazzy Christmas has all your favorite holiday songs!

Celebrate the holidays with a tribute to The Platters! This four-person tribute band brings their hits like “Only You” and “Smoke Gets In Your Eyes” to life with a live band from Motown!

The Queen’s Cartoonists perform music from classic cartoons and contemporary animations. Performances are synced to videos from the original films as the band leads the audience through a world of multi-instrumental mayhem and comedy!

Samara Joy dug deep to uncover her jazz roots, without losing sight of the innate simplicity that makes her sound shine. With a voice as smooth as velvet, Joy’s star seems to rise with every performance!

Tickets are available at the Proctors box office or online at protors.org.