UK: Poem by Simon Armitage on the death of the Queen: Laureate in opposition to poetry 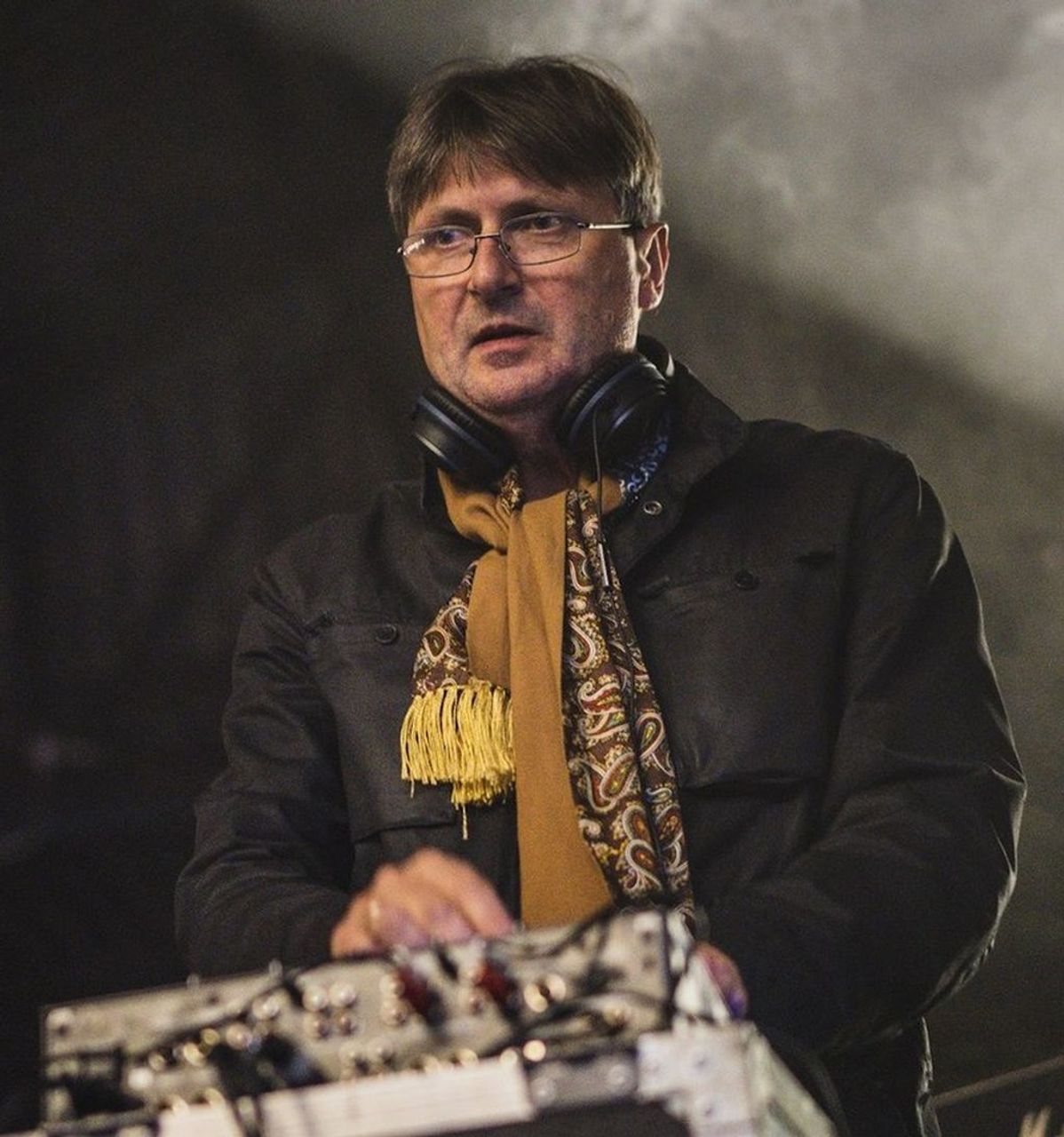 The death of Queen Elizabeth II says a lot about the state of the institutions of the British bourgeoisie. She also highlighted their impact on cultural life.

Artists have adored the late monarch in an uncritical way that speaks ill of the general artistic climate. It says something that new Irish pop siblings Jedward have stood above the crowd of ‘serious artists’ for bravely denouncing ‘British imperialism’ and calling for an end to the monarchy.

The limits of court-sanctioned roles can be seen in the work of the current Poet Laureate, Simon Armitage, a gifted writer. His “Floral Tribute,” to Elizabeth’s death, demonstrates, unsurprisingly, that no one with an ounce of artistic integrity should ever accept such a role, no matter how hard they try to justify themselves.

Previously a lifetime appointment, the post of Poet Laureate has been a 10-year term since 1999. Remuneration is an honorarium of around £6,000 a year and 720 bottles of sherry over the term. There is no requirement to produce poems about the Royal Family, but national occasions are always expected to be marked.

Armitage had written “a dozen prize-winning poems” before his first royal play. He was appointed in 2019. After working as a probation officer, he held various academic positions teaching creative writing and as a professor of poetry at Oxford and Leeds. He is a good critic and advocate for poetry and access to literature, which he obviously tries to use his laureate title to advance. He spends a week each year of his term visiting select libraries, giving a poetry reading, occasionally featuring a local guest poet and trying “to engage communities where English may not be the first language”.

Most of his “winning poems” show similar, wholesome impulses. Armitage frequently wrote about science and nature, produced pieces for the bicentenary of John Keats’ death, and opened a new orchestral rehearsal venue.

He is a generally sympathetic and liberal writer. This is evident in the lyrics responding to Covid-19, commissioned by the Huddersfield Choral Society based on the experiences of their choristers. “The Song Thrush and the Mountain Ash”, set to music by composer Daniel Kildane, is poignant:

She said she liked

the flowers I sent

but i was wondering why

they had no smell,

and why the food

had lost his taste,

and why the nurse

But the conformism of the royal poems of Armitage removes their artistic merit. Her first royal poem followed the death of Prince Philip. “The Patriarchs – An Elegy” depicted a noble self-sacrifice alongside his wife:

Husbands on duty, they rolled out their plans

on pool tables and vehicle hoods,

gathered for breakfast. What were their secrets

was everyone’s guess and nobody’s business.

The jubilee poem “Queenhood” again reiterated official presentations of Elizabeth as a noble individual, capable, through personal sacrifice and heroic acceptance of duty, of standing above the realities of class structures. which she embodied: “A priceless freight for a young woman to bear, / but, draped and adorned, a monarch strides / in the lateral time of years to come.

The more he embraces this position, the worse the writing:

and the documentary, a truthful fantasy.

For generations we will not know such majesty.

His “Floral Tribute” to the Queen on her death is a double acrostic, with the first letter of each of its lines spelling “Elizabeth” twice. Armitage described this as a “problem to which the poem becomes a solution”, allowing him to “extend [his] imagination” and “encode” Elizabeth’s name, linking it to the “little signs and signals” of the poetry of the time of Elizabeth I (1558-1603). It seems a bit hopeless.

The technical accomplishment and use of this conceit cannot mask the fact that the poem is an uncritical acceptance of how the queen was portrayed. Armitage calls his lily/poem “a token of thanks”.

The result is, among a few good replies, banalities carried by the official message that it conveys: “A promise made and kept for life, it was your gift” and “The country is entirely in your hands. thin, / Hands that can rest, now, relieved of the weight of a century. It’s embarassing.

The problem is not Armitage’s talents, but the dead weight of the institutions he embraced. Former winner Carol Ann Duffy’s poem about the Queen’s death, ‘Daughter’, failed miserably for the same reasons. Soon they would learn that it had long been the Age of Sorrow; / that history was before them.

Bowing to the “weight of history” narrative, Duffy even writes of “iPhone torches that hark back to medieval flame.”

Just as Elizabeth’s death ends any notion that the monarchy could be “apolitical”, it also disproves the ridiculous illusion that the winner can be independent of her patronage.

The role has always been political. The establishment of the Laureate as an office within the Royal Household was linked to the development of a constitutional monarchy after the English Revolution.

John Dryden, the first laureate, was appointed by Charles II in 1668. In 1689, Dryden – a Catholic convert – became the only laureate ever removed from office. He refused to take the oath of allegiance to William and Mary, whose consolidation of bourgeois power in 1688 is still gratefully called “The Glorious Revolution” by the bourgeoisie.

Political security has always been a selection criterion. Since 1790, the laureate has been nominated by the prime minister for the approval of the monarch, hence the nomination of bad poets or decent poets of known sure established sympathies. William Wordsworth became a laureate in 1843, long after his first contact with radicalism had ended, succeeding the complete reactionary Robert Southey, who was mocked at every turn by Lord Byron.

Following the death of royalist Ted Hughes in 1998, the move to 10-year appointments was linked to efforts by Tony Blair’s Labor government to rehabilitate the royal family following the death of Princess Diana. Cultivating images of a monarchy somehow above politics and the state came with suggestions that the winner might be seen as unconnected to them or untainted by association.

Not all poets bought that. Excluding himself, Tony Harrison wrote:

I am appalled to see newspapers using my name

as a ‘large tip’ for a job I would never look for.

Swans are available in Tamed, Mute, and Tamed

and no swan will nick my beak.

His earlier imaginary “Ode of Celebration on the Abdication of King Charles III” had wondered, “Why has it taken all this time / disappointing ‘this scepter island’? », promising:

and anthem the death of the crown i want

with this black goose feather

I saved for ages just to write:

The occasional poetry is not always his best work, but Harrison’s use of classic verse and poetic history here is a stark contrast to Armitage’s liberalism. In 1999 Andrew Motion was appointed. Harrison coruscated on Motion’s hymn to Diana, noting of the tercentenary of Charles I’s execution that “the anniversary passed without a line / of toads like Di-deifying Motion”.

Even Motion later called the job “very, very damaging” to his job. In 2009, more poets were openly against the position. Wendy Cope called for its abolition, echoing Rudyard Kipling that a poet “has no business being a paid employee of the state”.

Cope said the Laureateship “blurs the distinction” between “worldly and artistic success”, resulting in bad verse produced on commission by good poets. Armitage isn’t the first laureate to believe he could be used to popularize poetry.

Cope acknowledged similar efforts by Motion, but delivered the necessary verdict on such projects: “Perhaps there is a role for a poetry advocate… But I believe the best way for a poet to serve art is to remain free to continue. to write the poems he or she wants to write.