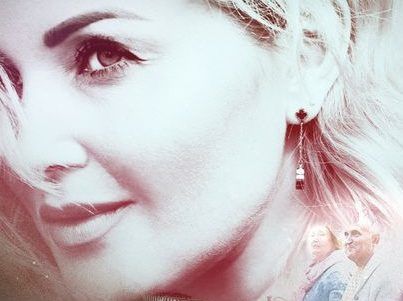 LONG SAULT — The Seaway Valley Queen of Crime will mark the end of an era in just over a week.

This won’t be an ordinary book launch – November 6 – for The last wave of; it is author Maggie Wheeler’s seventh and final novel in the popular Lost Villages mystery series, with much-loved protagonist Farran Mackenzie bidding farewell.

“It’s goodbye to Farran and the gang,” Wheeler explained in a press release. “The Lost Villages series started 21 years ago, and it’s been a great run.”

Wheeler launched his career as a mystery writer in 2001 with his first novel, A Violent End, which featured the social, cultural, historical and psychological fallout from the St. Lawrence Seaway and hydroelectric dam project in the 1950s against the backdrop of a murder uncovered 40 years after the fact. With the sale of the first printing in less than five months, Wheeler found herself a regional bestselling author and a book became a series.

“It’s been an incredible journey for Farran and me,” Wheeler said. “I’ve been on the speaking circuit non-stop for over 20 years now, sharing the story of the Seaway and the Lost Villages – with a few murders mixed in.”

A year ago, a major history preservation project in South Dundas was launched with a fun event, and Wheeler’s latest book in the series, All Will Fall Together, was its centerpiece. With the progress being made by a group of volunteers she is part of, for the refurbishment of the old Grand Trunk Railway locomotive and cars on display near Upper Canada Village, Wheeler read the book at Stone Crop Acres Winery near of Morrisburg.

For the launch of the series finale, Wheeler Nov. 6 will be at Royal Canadian Legion Branch 569 in Long Sault from 2 p.m. to 5 p.m., with a presentation and short reading scheduled for 3 p.m.

Wheeler’s books have been used to teach public English and history to post-secondary schools in Eastern Ontario and Upstate New York. Media coverage of his work has included CBC Ontario Morning, The Montreal Gazette, The Ottawa Citizen and The National Post. Awards include a nomination for the Ontario Premier’s Awards for the Arts, an Ontario Provincial Hansard and the 2017 FACES Magazine Award for Ottawa’s Favorite Female Author. Wheeler also contributes to Historica Canada’s Canadian Encyclopedia, the official national online resource for all things Canadiana.

In the latest wave of, Wheeler said Farran will face off against a decades-unknown serial killer, a ghost train, and a husband accused of murder.

“It will be quite a trip,” she said. “It will also be very difficult to say goodbye.”

The Legion will provide a cash bar and bar menu for the launch. Tickets can be purchased through Eventbright for $10 each, with all proceeds going to Friends of GTR 1008 in support of the train preservation project.