The spirit of rebirth and its relevance 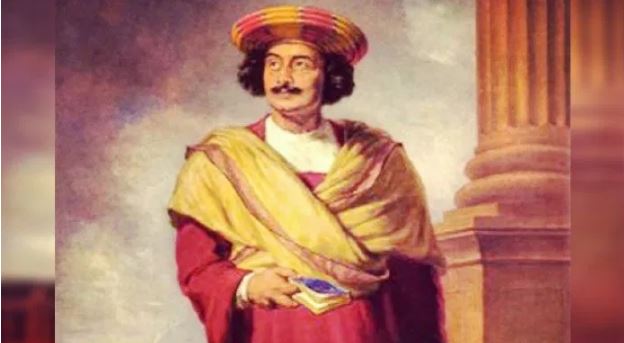 As we celebrate 250 years of Raja Ram Mohan Royand Birthday on the 22ndn/a In May, memories of his pioneering contribution to the socio-religious movement seep in. Ram Mohan Roy was a polyglot who studied ancient texts like the Vedas and Upanishads as well as the Quran and the Bible. It was he who pleaded before the viceroy for the abolition of the pernicious practices of Sati, child marriage and polygamy. He also advocated for women’s right of inheritance. The Brahmo Sabha which he established in 1828 was linked with the Brahamo Samaj movement with prominent adherents like Rabindranath Tagore and Satyajit Ray who can be considered the torchbearers of India’s renaissance.

However, the genesis of the renaissance could be attributed to the Republic of Florence at the beginning of the 16and century that took decisive steps to move from the Middle Ages to modernity, adopting new thinking in art, architecture, politics, science and literature. Why the renaissance happened in the city of Florence and not elsewhere has always been an enigma. Eric Weiner in his fascinating book “Geography of the Genius” writes how Florence was swampy, sickly and prone to bubonic plague. He was also surrounded by belligerent and mean neighbors. He quotes Plato who wrote: “what is honored in a country will be cultivated there”. Athens honored wisdom, she got Socrates, Rome honored power, she got the Roman Empire. Florence honored art, she had Leonardo da Vinci. Weiner writes that on the 25thand January 1504, a group of famous artists like Leonardo, Michelangelo and Botticelli gathered in Florence to choose a suitable location to display the city’s last masterpiece created by Michelangelo, “David”. Although these artists had an intense rivalry, that did not stop them from celebrating the genius of an individual. Florence had the unique feature of having a workshop that was supervised by Verrocchio who trained the greatest artists of their time, including Leonardo. Interestingly, Verrocchio believed that creativity is not a floating skill that can be taught. Verrocchio coached his students to develop thinking styles and encouraged them to find problems. Leonardo was a problem seeker and therefore he excelled. Pablo Picasso, the great artist said “computers are stupid because they only give answers”.

If the genius of Rabindranath Tagore and the originality of Satyajit Ray are well known, it would be interesting to study the contribution of Girish Karnad, the last Renaissance man who died 3 years ago. Girish Karnad was born to a father who married a widow who opposed the community, following the rites of Arya Samaj. He obtained his degree from Dharwad and then his master’s degree at Oxford as a Rhodes Scholar. Just as Florence was the epicenter of art, Dharwad was the confluence of music when musicians of the classical Hindustani tradition sang with singers of the Carnatic style. No wonder it has produced outstanding musical masters like Gangubai Hangal, Mallikajun Mansoor, Bhimsen Joshi and Kumar Gandharva. It also created a cultural mood when Bhimsen Joshi appointed Rashid Khan as his successor. Religion never counted for these masters of music.

Girish Karnad’s contribution as a renaissance man can be seen as a great screenwriter, actor, director and activist. The 1950s saw the emergence of a rare filmmaker, Satyajit Ray, with his Apu triology (1955-1959). The 1960s saw the rise of great screenwriters in India; with Badal Sarkar, writing in Bengali, Mohan Rakesh in Hindi, Vijay Tendulkar in Marathi and Girish Karnad in Kannada. Karnad rose to fame with his 2n/a play, Tuqhlaq, written in 1964 about an idealist 14and century ruler who moved the capital from Delhi to Dauladabad. He wanted to promote the unity and secularism of Hindu Muslims. However, his decision turned into a disaster as he was unrealistic about the difficulty at ground level. Tughlaq was a political allegory of the Nehru era which began with enormous hope for the Indian masses, turning into disillusionment with its obsession with socialism and the Chinese debacle of 1962. The other play which became very popular was Nagamandala in 1997. It was a folk tale showing the plight of a wife who becomes a victim of her husband’s lust and cruelty. Karnad was deeply influenced by Bertolt Brecht’s concept of “complex vision”.

Karnad, the actor, made his debut in the iconic film Samskara (1970) based on a novel written by UR Ananatamurthy (1965). It was a virulent attack on the caste system and the moral superiority of the Brahmans. Initially censored, it won the national award beating Satyajit Ray’s Pratidwandi. The other film in which he excelled was Nisant (1976) directed by new wave director Shyam Benegal. Set against the backdrop of caste conflict in a village, it shows how a fearless veterinarian ensures the success of the dairy cooperative revolution sparked by Varghese Kurien. Karnad directed Ondanondu Kaladili (Once Upon a Time) based on Seven Sumrai by Akira Kurusewa. The film had compelling stunt scenes, portraying the warrior’s code of ethics with a modern take.

Karnad was raised in a world without electricity. However, he electrified India culturally. He was most at home in a theater, when the lights go out and stories are played out. Karnad was an activist who publicly condemned the demolition of Babri Masjid and wrote an open letter against the politics of hate. He championed the cause of multiculturalism and a diverse and equal India. He was carrying a “Me Too Naxal” sign on the 7thand Sept 2018 to commemorate the 1st birthday of Gauri Lankesh, the journalist who was brutally killed for her tirade against the rise of right-wing fundamentalism. Karnad died on the 10and June 2019. As per her wishes, there was no floral procession or VVIP to perform her last rites. He was agnostic, polyglot and spoke out against the rising tide of communalism. Tagore, the great son of India’s renaissance wrote that “the mind should be fearless and the clear stream of reason should not be lost in the dull sand desert of dead habits”. In these turbulent times when religion is used to divide the country and responsible dissent not honored, the voices of these renaissance men would hopefully resonate and lead us out of the tunnel of hate, bigotry and politics of division.

DISCLAIMER: The opinions expressed in the article are solely those of the author and in no way represent the opinions of Sambad English.