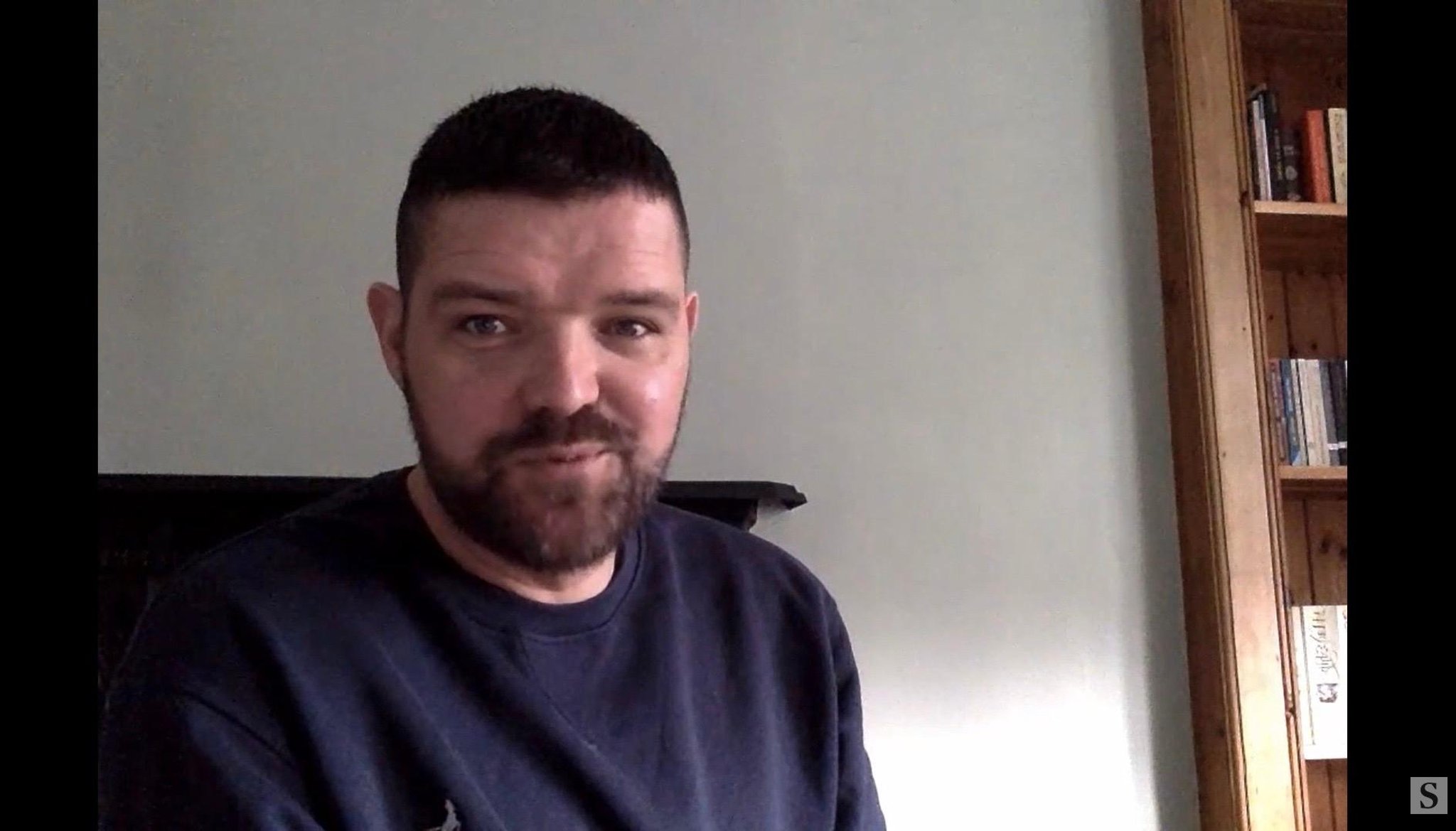 It is possible that Billy Letford is still known in Scotland as “the roofing poet”. His journey from working for the family roofing business to an MLitt in creative writing and a first collection of poetry published by Carcanet simply makes for too good a story.

But there is something else too. Letford’s poems speak to the experiences of ordinary working-class Scots. Few poetry collections contain the phrase “I was standing in front of Greggs eating macaroni pie…”. English critics found themselves searching dictionaries for words like “radge” and “bevvy”.

Register to our daily newsletter

The newsletter mute the noise

Letford’s poems are carefully crafted but have a directness that is immediately engaging. Writing about her second collection, Dirt, published in 2016, Liz Lochhead described her work as “utterly original and instantly recognizable”. Letford simply says, “The mundane is where the magic is.”

He is philosophical about being the roofing poet of Scotland. “It’s been a long time since I’ve worked on roofs, and I don’t hear that slogan as much as I used to. When my first book was published, ‘from roofer to poet’ was a stronger story than, say, ‘from academic to poet’. The extra attention worked well for me, although I had to refuse to wear a helmet for photos!

Letford left school without higher qualifications. Although he had always wanted to write, in his mid-twenties he was working for the family roofing business in Stirling. In 2008 he had his chance when he won a New Writer’s Award at the Scottish Book Trust. The same year, at the age of 30, he applied to study for an MA in Creative Writing at the University of Glasgow.

He said, “When I first started writing seriously, I focused on publishing a single poem. “Just one, I said to myself, and then another, and then another.” Mayfly magazine in America published my first poem. They mailed me ten dollars. I felt like a millionaire.

His first collection, Bevel, draws on his experience as a roofer and is hailed as a distinct new voice in Scottish poetry. Writing in The Guardian, critic Nicholas Lezard used the words “new Scottish genius”. He has read and interpreted his work throughout the country and has participated in translation projects in Lebanon, Iraq and Palestine. Six months of travel to India, funded by a Creative Scotland grant, helped shape her second collection, Dirt.

He writes in both vernacular Scottish and English, and says discovering the work of writers like James Kelman, Liz Lochhead and Tom Leonard “has helped me hear music in the language around me”.

“If anything, writing in Scots gives me more freedom. I can play with spelling and sound. It doesn’t matter what part of the UK you’re from, very few people talk about Queen’s. Capturing the music and the rhythm of the language around you opens up subtleties of meaning. The language is fluent. The words pass from French to German, from Norwegian to Scottish. The more meaningful sounds you can make, the easier it is to express yourself.

Billy Letford will take part in StAnza, Scotland’s international poetry festival, in St Andrews from March 7-13. Over 150 poets from around the world will participate, and many events are online as well as in person. For more information, see www.stanzapoetry.org

A message from the editor:

Thank you for reading this article. We are counting on your support more than ever, as the change in consumption habits caused by the coronavirus has an impact on our advertisers.