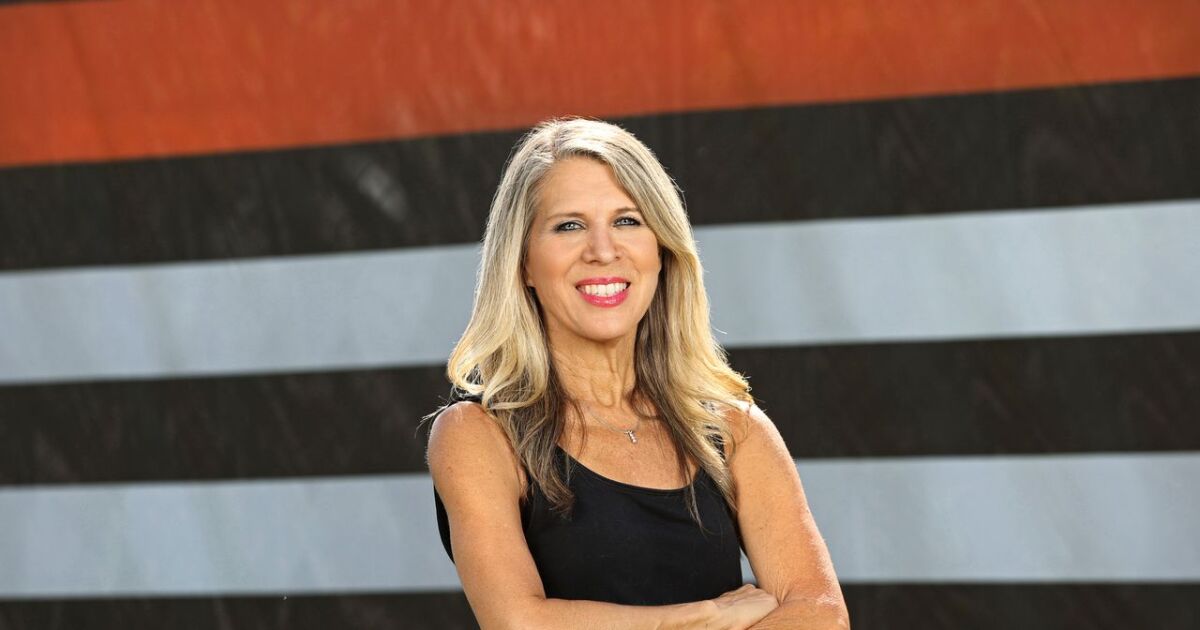 Cleveland.com/Cleveland Plain Dealer Sportswriter Mary Kay Cabot will be inducted into the Press Club of Cleveland Journalism Hall of Fame on Wednesday. Our sportscaster Terry Pluto has known Cabot since she made her Plain Dealer debut and had the chance to write a review of her ahead of her induction.

“Mary Kay was an intern at the Plain Dealer in 1983 when I was a baseball writer. And then in 1984, they hired her full-time in Kent State. Grew up in Lakewood. His father was a firefighter.

And being a sports journalist was not his goal. That’s right there they put it.

“She was kind of like me when I came out of Cleveland State. I was just looking for a writing job. I would have preferred to play sports, but I just wanted to write. In most cases, the best sportswriters don’t necessarily like sports. They love sports, but they love to write. So Mary Kay had that. She was on the Cleveland Force football team for several years before the Browns. The remarkable thing that I didn’t realize is that she’s been doing this thing for 31 years with the Browns.

Cabot started on the beat for the Browns in 1991. She was 29 and the first major professional writer in Cleveland Market history.

“She came in with Bill Belichick, who is tough on everyone, men, women, anyone.”

“At the time, he was even worse with the media. Bill had a favorite broadcaster named Casey Coleman, who had done Browns radio. [Belichick] brought Casey and Mary Kay on Monday mornings after a lot of games, and they watched a movie for a while.

“I think of what she had to face for 31 years – For winning seasons, two trips to the playoffs, a move to Baltimore, a thousand coaches hired and fired and a million quarterbacks. Mary Kay and I have kinda talked about how that – neither of us had much to write about the Browns positive.

And, covering the Browns who have long given her the nickname “Queen of the Damned” in a 2016 article published in The Ringer.

“That was back when the Browns were losing all those games, even more so than now. And we talked about that time to sit over there and watch those fans, because in the press box you’re a bit right above where all the fans are you can see them and leave, just wish we could give them better stories.

She also shared personal and painful parts of her personal life.

“She had three miscarriages before the arrival of her first son, Chris. Now she has had three children and a [miscarriage] after, and she volunteered to talk about it because she said she wanted people to be aware of it, also to cherish the family that you have. Now her husband, Bill Murman, is playing a big part in all of this. She said our life was the kids and the Browns.

With Mary Kay Cabot’s decades covering the Browns and the recent departure of longtime Akron Beacon Journal sportswriter and Marla Ridenour after 23 years, Pluto says there are young talents rising to the top. rungs in Cleveland.

Ashley Bastock is a beloved sportswriter at Plain Dealer and Cleveland.com. I think she was actually mentored by Mary Kay. She’s on the Browns. She played basketball at John Carroll, then she was at the Beacon Journal and in Toledo before that, playing sports in high school. I think she could be the next Mary Kay.

And he says there are no retirement plans yet – for either.

“We both talked about it. We’re not going anywhere. We both love him. I also think she’s worked so hard to get to this place, not just in the Hall of Fame, but where she’s respected. One day she might find herself in a professional football hall of fame, the media wing. It’s a possibility. I mean, she’s one of the trailblazers, and like Dave Campbell, who’s our sportswriter [at Cleveland.com], said, Mary Kay, I don’t know when she sleeps. She is relentless.