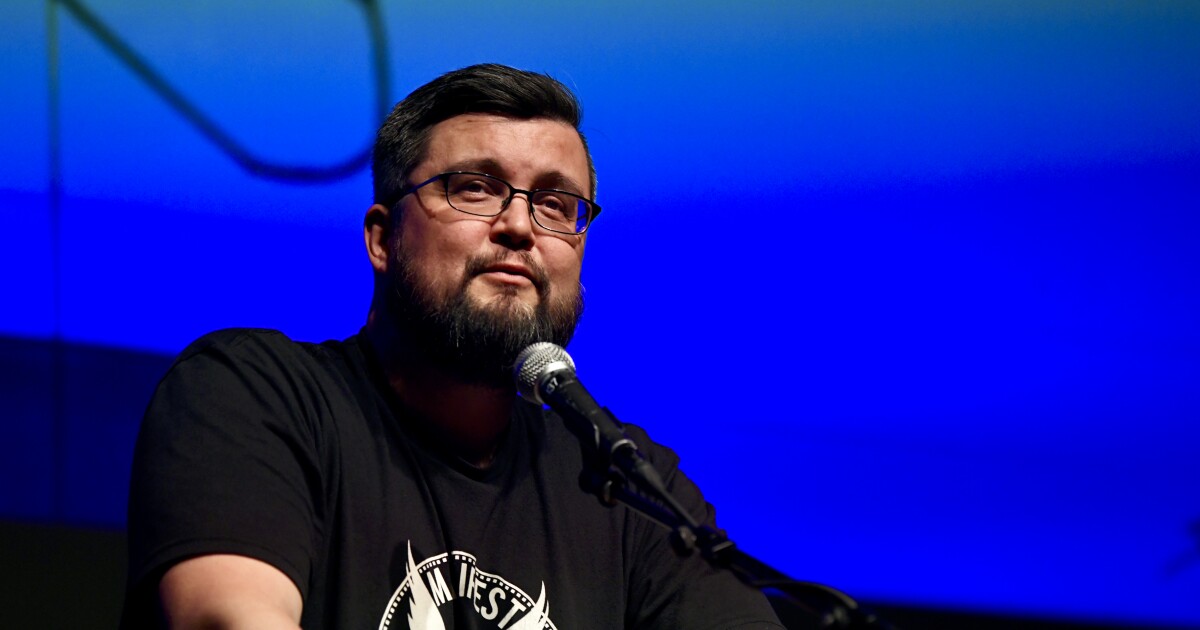 Sterling HolyWhiteMountain first read James Welch’s ‘Winter in the Blood’ over 10 years ago, but he remembers the impact it had on him so well that it’s as if he had finished the novel yesterday.

“It was amazing to me because I had never read fiction that was so immediately recognizable to me,” said Indigenous writer and lecturer Jones at Stanford University.

The 1974 novel follows a young Native American living on a reservation in Montana searching for a connection to the lands of his ancestors while struggling with a haunting personal tragedy. The story moved him. But HolyWhiteMountain was surprised there weren’t broader conversations in the United States about Welch, considered a founding author of the Native American Renaissance, and his work: Not when he was a student at the University of Montana. , Welch’s alma mater. Not when he was getting his MFA at the University of Iowa.

That is, until he began to meet other Indigenous writers like him – among them David Treuer, the writer, teacher and editor of Pantheon Books who also shared his love for the work of Welch.

“It made me realize that there is something very interesting going on here, which is that his work is appreciated by [Indigenous writers] but it’s really behind closed doors,” said HolyWhiteMountain, whose work has appeared in the New Yorker, Atlantic, Paris Review and more. “The conversation that takes place among and between Indigenous writers is one that has existed exclusively in private because there has never been a place where we can publicly talk about things the way we want with each other.

The first James Welch Native Lit Festival, considered the nation’s premier literary celebration by and for Native writers, kicked off July 28 in Missoula, Montana. The three-day event, which will take place every two years, included readings and panels with some of the country’s most esteemed Indigenous authors, including Louise Erdrich, Tommy Orange, Brandon Hobson and Truer. The next festival in 2024 will focus on poets and eventually expand to include creatives from the worlds of television, film, theater and visual arts.

“It’s amazing to be at a time when there are so many Indigenous writers and artists now that you can’t have everyone at a festival,” HolyWhiteMountain said, “when there’s 30 years, you could have pretty much.”

Indeed, the festival creates space for a community that has always been stereotyped and underrepresented in the publishing industry and the literary world. In a ongoing investigation by the Cooperative Children’s Book Center on the representation of people of color in children’s books, 1.5% of the 3,183 books received in 2021 by U.S. publishers were by Indigenous authors; 2% were about them. Between 2018 and 2020, books by Indigenous writers were fewer, at less than 1%.

“There is a very long history, at all levels of American culture, where people think it is effective to have one person [from an underrepresented community] in front of an audience, like a Native, and consider that enough,” HolyWhiteMountain said. “But it’s not.”

He recalled the predictable conversations that often emerge on panels where a white audience predominates: “The fundamental questions always revolve around identity. They never revolve around what we actually do in our art or how we do it or what our process looks like, which is what everyone asks of white artists,” he added with a laugh. “All the questions come down to what it’s like to be an Indian. How many times can you answer that f— question before you say, “There must be another way to do this?”

Signs at the inaugural festival, attended by about 1,200 people inside the Missoula Public Library and the Wilma, a local historic theater, aimed to thwart those predictable conversations.

Tommy Orange sees the festival as part of a larger movement towards Indigenous visibility and representation that includes hit television shows like ‘Reservation Dogs’, ‘Rutherford Falls’ and ‘Dark Winds’.

Indigenous representation in media and public spaces, including literature and festivals, does more than demystify harmful tropes and stereotypes, added Orange, author of 2019 Pulitzer Prize-winning There There; it also highlights “the diversity and nuance of our communities and our voices and who we are as a people.

“That’s part of why this moment is so important…what’s exciting about the visibility and the representation is that it combats the way we’ve been dehumanized.”

The breadth of diversity and experiences among the panelists really struck high school student K Kipp.

“I thought it was really cool to see that the Indigenous people who were successful in this field of work were just Indigenous people,” said the 16-year-old, one of five students at Upward Bound High School. who attended the festival. “They weren’t anything crazy and special, or the epitome of Native Americans and they weren’t really all white smugglers either… so it was cool to see like ‘OK, I don’t need to play my cards in any way when it comes to my cultivation to be able to succeed.’”

During the non-fiction/memoir discussion, LaPointe recalled being called a “betrayal” by some Indigenous people when she sold her memoir “Red Paint.” “People started criticizing her for her writing just because she had a good opportunity,” Brown recalled.

And Ford, in the “We Talk, You Listen” panel, talked about identity being a socially constructed box, and that those who don’t fit into the boxes assigned to them are often shunned.

“So it was very inspiring to see so many people from seemingly similar backgrounds come forward, and yet they’re also very different and successful in their own ways,” Brown said.

Katey Funderburgh, the students’ Upward Bound teacher, was moved to see the generosity of so many of the weekend’s special guests.

“The authors took the time to talk with the students, to really listen to them, to advise them and to encourage them to become better,” she said. “Even in just three days, my students have blossomed a little more.”