The jogi as a seasonal hermit 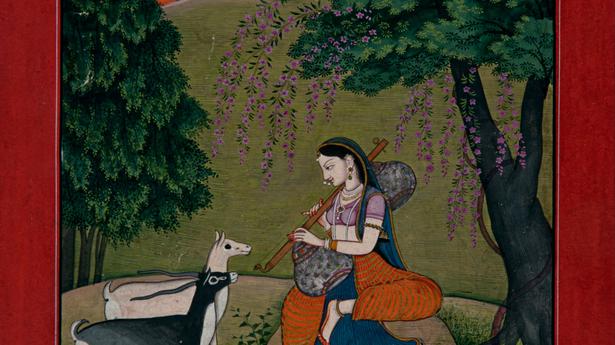 Why separation or viraha is the key theme of Baramasa songs in Uttarakhand, Uttar Pradesh and Bihar

Why the separation or viraha is the key theme of Baramasa songs in Uttarakhand, Uttar Pradesh and Bihar

In northern India, particularly in the plains of the Ganges, in what is now Uttarakhand, Uttar Pradesh and Bihar, songs known as Baramasa are found. It is a poetic cycle of 12 months, expressing the loneliness and the desire of a woman in a village, for a husband who travels far away. “Bedu berry ripens all year round, but Kafal berry only ripens in spring,” says a more recent and popular Kumaoni song. The key theme is viraha or separation.

In many songs the husband is called Jogiwhich is a local way of saying yogi, meaning the hermit. In doing so, she hopes he will keep his promise – to remain faithful to her while he is gone and be protected from harm by the power of this celibacy. These songs have been around for over 500 years, also inspiring miniature paintings. They are the indicator of a long-forgotten military labor market.

When we talk about warriors in India, we are conditioned to think of either the Vedic Kshatriyas or the Rajputs. These are theoretical constructs and do not reflect the reality on the ground. Many young peasants in the northern plains, especially in the less irrigated lands, worked in the fields during the agricultural season, which lasted about three to four months. The rest of the year, they had no jobs, and therefore no opportunities. They were forced to leave the village to seek opportunities elsewhere. They could work as servants in other countries. They could be soldiers, paid mercenaries protecting merchant caravans and wealthy wedding parties. They would return with wealth that could enable them to marry and settle, as we say today. The idea of ​​migration in search of employment elsewhere is a theme found in northern India in medieval times, around the time when we see the rise of Rajput communities, including including the Purbia Rajputs (Eastern Rajputs) of the eastern Gangetic plains.

To appreciate this, we must understand the concept of the military labor market. When the Turkish invasion took place in India around 800 years ago, the first rulers of India were Mamluks. They were slaves of the crown. In Central Asia, there was an old practice that people willingly became slaves to powerful warlords in exchange for food, clothing, and shelter. The sultans loved these willing slaves or mamluks and treated them like family. In fact, warlords trusted them more than their own family members or relatives, as the family demanded a share of their wealth, while slaves could not make such demands.

Aibak, Altamash, Balban, who were the first sultans of Delhi were Mamluks. Malik Kafur, who invaded South India, was a slave of Allauddin Khilji. This practice became even more popular after the rise of Islam because Islam prohibited Muslims from enslaving Muslims. So many Muslim warlords enslaved Eastern European “infidels”, like the famous Janessair (those who sacrifice lives) of the Ottomans, who were not allowed to marry and were part of the royal house from the 14th to the 19th century.

Among the pagan Mongols who terrorized the Islamic world and plundered Baghdad in the 13th century, the concept of naukar-chakar has emerged. A naukar was a paid soldier and a chakra was a paid courtier, who would enable the Mongol warlord to succeed in battle. These ideas came to India in pre-Mughal times. As long as military manpower was readily available in Persia, Afghanistan, and Central Asia, no one looked to local talent. The Delhi Sultanate preferred people from west of the Indus and did not trust the local natives. They kept their distance from the locals. This changed as there was a drying up of the pool of talent coming to India after the invasion of Taimur in the 14th century. We see the Delhi Sultanate losing power. We are witnessing the emergence of other sultanates such as those of Deccan, Gujarat, Jaunpur and Bengal. They started hiring local people and the idea of ​​the military labor market emerged.

This means that the peasants of these rural agricultural countries would become soldiers in exchange for money. The soldiers who left home wanted to promise their wives that they would be chaste and not engage in sexual activity with others while they were away. Therefore, they smeared their bodies with ashes and carried weapons in their hands. They became beggars or hermits, or Jogis – although temporarily. They returned home to be householders, with a fortune earned through the active military service they provided to kings. We find these themes in the ballads of North India as dhola and Maru.

Those who were permanent hermit warriors formed the akharas, or military academies, whose origins date back to Adi Shankaracharya and which served many local kings. They worshiped Hanuman. This is the period when folklore of Hanuman’s role in helping Ram became popular and his powers were tied to celibacy or brahmacharya. When this is Adbhuta Ramayana was composed telling the story of Hanuman defeating Mahiravan and rescuing the kidnapped Ram and Lakshman. It’s when the Hanuman Chalisa is composed, explaining the powers of this mighty god smeared in red, gold and saffron. He did not belong to the traditional caste hierarchy. Anyone could worship Hanuman.

Traditionally in India there is this concept of yogi who withdraws from the world and bhogi who consumes and loves the world. With this concept of the hermit-lover, the yogi bhogiwe find someone who is temporarily a yogiwhen he is a migrant worker, but on returning home he is a bhogi. In many ways he resembles Shiva, who is a hermit when separated from his wife and a householder when with his wife. It reminds us that these compartments of yogi and bhogi have never been waterproof.

Baramasa songs are sung by women for their husbands who are yogis, when they leave the village to cross the country. They created the military labor market. They supported many kings, who could not afford full-time standing armies and would hire mercenaries, to succeed. It has been postulated that the idea of ​​a monetary economy emerged to serve the military labor market. Kings preferred to pay soldiers in money rather than rewarding them with land and cattle, which was the old feudal way. This created the mercenary system, which owed no loyalty to any king or clan. the Jogi belonged to no one and served everyone.

At one time, these men fought for various rulers of India, both Hindu and Muslim. They even served the Company. But later, some of the first revolutionaries emerged from these groups. The songs still resonate today as young men from the plains of the Ganges travel across India in search of urban employment. Almost half of India’s population lives in the plains of the Ganges and many depend on the rest of India for their livelihood. Like in the songs, women hope he will be Jogi while you are away and go home to be the bhogi.

Devdutt Pattanaik is the author of 50 books on mythology, art and culture.