The Greek painter who changed the art world 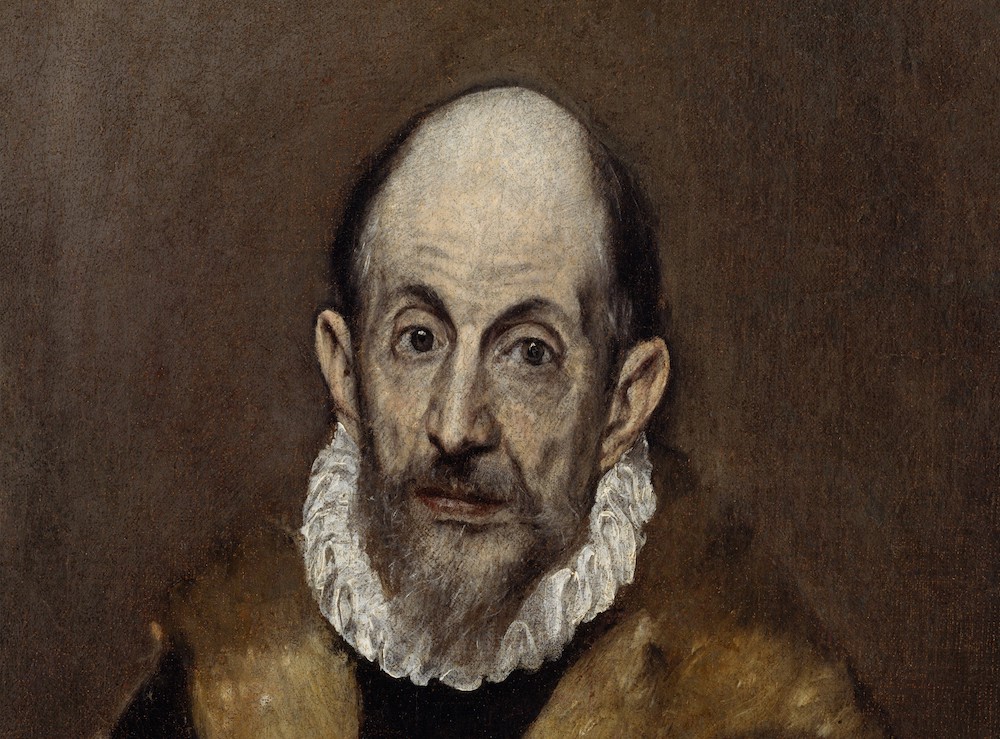 The Greek painter El Greco is one of the best-known artists in the entire history of Western art, as his unique, romantic and awe-inspiring works have influenced a large number of painters over the past five centuries.

Although his Byzantine-inspired style was very specific and personal, his work also had an impact on Realist, Impressionist, Cubist and Abstract painters.

Picasso, Van Gogh, Cézanne or even Jackson Pollock were inspired by the masterpieces of the Greek painter, well known in his time but who fell into relative obscurity until collectors and critics “rediscovered” him in the 18th century.

Due to his surprisingly modern and avant-garde style, the brilliant Greek painter is also known as the “grandfather of expressionism”.

El Greco (“The Greek”), as the Italians nicknamed him, was born Domenikos Theotokopoulos on October 1, 1541 in Heraklion, Crete. However, the oil painter spent most of his life in Italy and Spain, where he created his best-known works.

Theotokopoulos was first trained as a painter or “writer” of sacred icons. His non-naturalistic style, so different from the visually softer Western European style, quickly set him apart from all others working at the time.

“I paint because spirits are whispering madly in my head,” he once said. Theotokopoulos moved to Venice in 1567, a natural move as Crete was then Venetian territory.

Once there, the 26-year-old painter quickly mastered the current style of Renaissance painting. His works were actually narratives, the vast majority of his themes being religious. In 1570 he moved to Rome, where he lived and worked until 1576.

It was a time when the influences of Michelangelo, Raphael and Da Vinci were paramount in the art world. Yet El Greco remained true to his own unique artistic vision, not following the style of recognized masters.

Characteristically, his criticism of the works of Michelangelo, a revered figure in Rome, cost him acceptance of his own work and led to his ostracism from the rest of the art world.

“You must study the Masters but keep the original style that beats in your soul and put to the sword those who would try to steal it,” Theotokopoulos would have said, in his usual dramatic way.

Indeed, his style and palette were quite unique and shocked the art world of the time. He paints elongated and twisted shapes, using exaggerated and unreal colors, creating works that are unmistakably his own.

In essence, he rejected established perceptions of what art should be, and no other artist living in his day had dared to do so.

Theotokopoulos, like so many other artists perhaps born long before his time, paid the price for adhering to his own vision, with the result that he was virtually ousted from Rome.

The artist settles in Spain, follows his own unique style

So in 1576 El Greco chose to make his fateful move to Spain, where he bid to win the patronage of King Philip II, to no avail. But when he moved to Toledo, he finally found the recognition he deserved and he soon made the city his home.

In Toledo, the work of this genius artist ended up winning the admiration of his peers as well as art lovers. It was in this city that El Greco created many of his finest masterpieces.

He also found a group of friends and colleagues who understood his vision and were eventually able to earn a living as an artist.

El Greco was soon commissioned to paint three altarpieces by the Dean of Toledo Cathedral. The paintings, which were to be destined for the Church of Santo Domingo el Antiguo, turned out to be among the greatest masterpieces created by the artist.

During this time, his spiritual nature really came to fruition in his work. “I was created by Almighty God to fill the universe with my masterpieces,” the Greek painter once said, in one of his least humble moments.

However, while painting these works, El Greco was paid less than he expected, so he sued, asking only that he be paid a fair wage for his work.

The dispute caused a rift in the group of friends who had befriended him in Toledo, and the consequences of the introduction of this court case permanently damaged his career. Due to his legal action, he never received another worthy commission from religious authorities and was in fact never hired to paint in a church for the rest of his life.

However, the Greek master painter obtained commissions from individuals and associations until the end of his career.

According to the opinion of many art critics and artists, the best painting by El Greco was “The Burial of Count Orgaz”, commissioned by the parish priest of Santo Tome in Toledo in 1586.

The work, which is divided into two parts, mixing the celestial and the terrestrial, is considered by many to be the most beautiful religious painting of all time.

The painting tells the story of the burial ceremony of the pious philanthropist Count Orgaz by the Cardinal and a host of other clerics. During the ceremony, the heavens opened and mourners saw a sky filled with black and white and brightly colored images of Jesus, the Virgin Mary, St. John and other saints and angels.

The works of El Greco were appreciated after his time

Once fully established in Toledo, El Greco completed many commissions from various patrons and lived there for the rest of his life. However, the decade from 1597 to 1607 was the most prolific for the Greek master, and he created most of his known work during this period.

From 1585 and until the end of his life, El Greco lived in a complex consisting of three apartments, with twenty-four rooms, which belonged to the Marquis of Villena. He died on April 7, 1614, at the age of 73.

The great master was survived by his son Jorge Manuel, born in 1578, also a painter, who had worked under his father and continued to imitate his compositions for many years after he inherited the studio.

As tastes and styles changed, El Greco’s art was not widely appreciated by the generation after his death. However, in the 18th century his work was re-evaluated with the arrival of the Romantic movement.

Writers, artists and critics have realized in El Greco a gifted and misunderstood soul who created great art that was in style before his time. Some have even called him the forerunner of the romantic movement itself.

By the 19th century, El Greco’s work was fully recognized by all, including artists, critics and art lovers, forever establishing his name in the global pantheon of truly great and influential artists.

In 2014, Greece celebrated ‘The Year of El Greco’, in commemoration of 400 years since the death of its brilliant and visionary master of oil painting. Many of his important works can be seen today in Madrid Prado Museum.