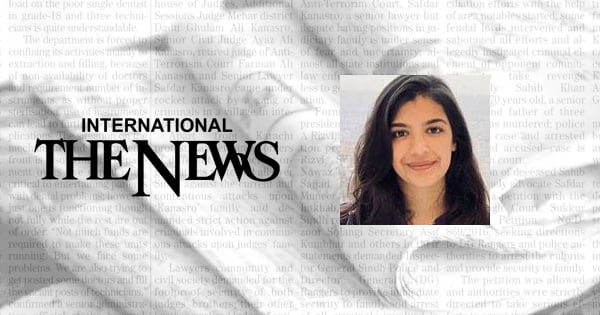 According to the report, based on the progress made in closing the gender gap in South Asia, it will take another 197 years to achieve gender parity. Pakistan is consistently ranked at the bottom of other countries in the region on various indicators.

The country’s depressing performance should be a telling moment for the government as well as society as a whole. As a nation, we are under the gross misconception, propagated from time to time by politicians and other privileged people, that women enjoy a unique status in Pakistan based on respect and honour. But the fact is that women are “respected” as long as they are confined within the four walls of their homes. And even then, they are subjected to horrific physical, sexual and financial abuse by the male members of their family. Every year, international gender equality reports shatter our national misconceptions by placing Pakistan among the worst countries for women.

While we are quick to highlight the measures taken to increase women’s participation in the labor market, such as the quota for women in the civil service, very little is done to ensure that workplaces are favorable to women. .

According to the report, Pakistan still ranks last in terms of women’s participation in leadership and legislative positions. The state may have increased the selection of women in the civil service through a quota, but very few women manage to get awards and even fewer make it to the top. Besides some government offices lacking the most basic facilities for women, the work culture is designed to allow men to stay in the office as late as they want without worrying about household responsibilities. Married women, especially those with children, do not even compete for competitive positions and lose out to their male colleagues who may even be less qualified.

In terms of economic participation and opportunity, Pakistan ranks second from bottom and 135th in the educational attainment category. Pakistan is one of the lowest ranked countries in the world for health and survival. The Global Gender Gap report reflects the country’s dismal statistics for women of all walks of life. According to the Pakistan Demographic and Health Survey 2017-2018, 3.3% of girls were married before the age of 15 and 18.3% before the age of 18. The fact that child marriage is still accepted in the country is alarming. Child marriages have a very negative impact on girls’ education, health, reproductive choices and economic opportunities. Girls who are married as children are also more vulnerable to domestic violence. It should therefore come as no surprise that the country ranks so low in the Global Gender Gap Index.

As Pakistani women struggle for economic, educational and health equality, they are also being let down by the justice system. Not only are crimes against women underreported, but criminals often get away with assaulting or even killing women. According to some estimates, the conviction rate in rape cases is only 3%. For a country that believes its society and culture honors women as mothers, sisters and daughters, the extent of abuse the average Pakistani woman faces daily at home and in public is staggering. Legislators sometimes emphasize women-friendly legislation, but enforcing these laws presents an entirely different set of challenges.

Women’s rights activists in Pakistan are often ridiculed for not speaking out on the ‘real’ issues facing women in the country. They are fired because they are too angry or too selective in their outrage. For example, Aurat March has been branded as foreign-funded, anti-Pakistan, anti-Islam and anti-women by lawmakers, social media influencers and powerful media figures. The manifesto issued by Aurat March demands policy making in all areas where Pakistan has historically lagged behind other countries in the region as evidenced by the Global Gender Gap report.

When women’s rights activists demanded reproductive rights and bodily autonomy, their slogans caused uproar and invited rape and death threats on social media. These basic rights were seen as contrary to Pakistani culture and religion. However, no one bats an eyelid when reports of the gender gap put Pakistan last in the world in terms of health and safety.

The same people who reject women’s rights activism will remain insensitive to how their country, its culture and its society treat women. The family structure that is so religiously defended and maintained is based on the exploitation and abuse of women for generations and this is reflected in multiple national and international gender statistics. Pakistan’s respect for women is unfortunately a figment of the imagination of those who do not want to see a radical cultural and institutional change in the way women are treated in the country.

The author is a former civil servant.