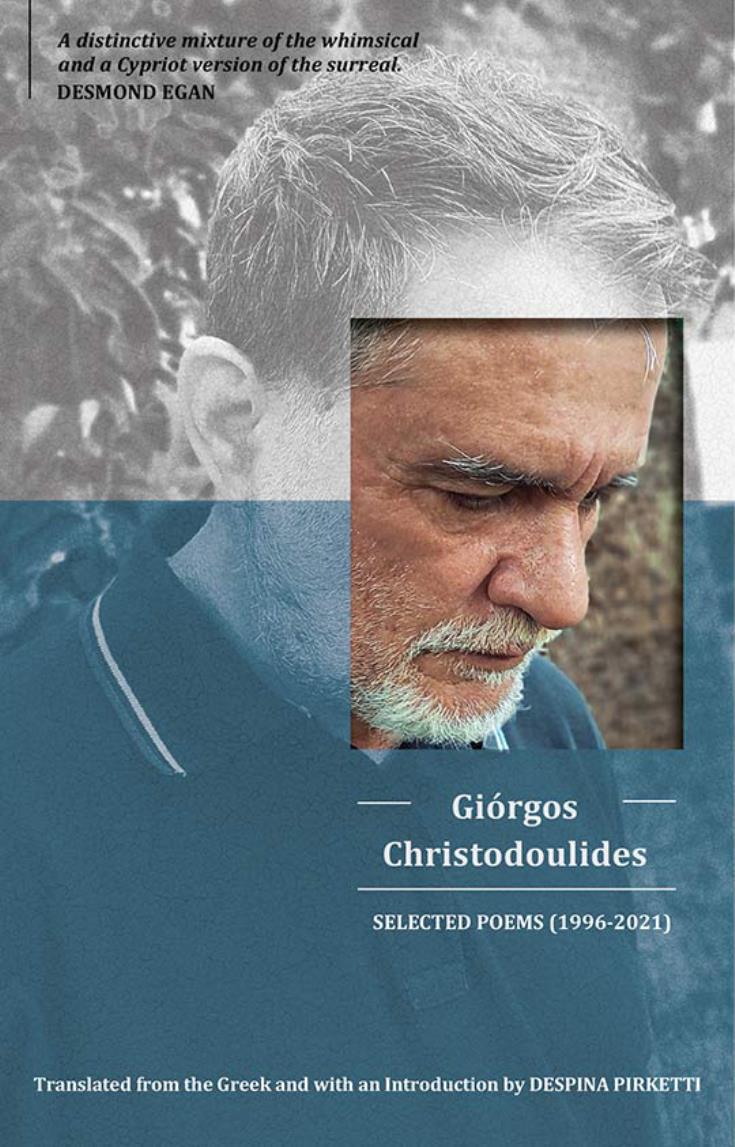 The book, translated from Greek by translator Despina Pirketti who wrote the introduction, will be launched at an event hosted by the Cyprus High Commission, at Cyprus House in London, on Tuesday 5 April at 6.30pm.

The launch takes place within the framework of the London Book Fair 2022 and will include a talk on the poetry of Christodoulides by Michael Paraskos, Senior Teaching Fellow at the Center for Languages, Culture and Communication at Imperial College London, followed by brief interventions by the translator of the book. , Despina Pirketti, and author, Giorgos Christodoulides.

Giorgos Christodoulides wrote eight collections of poetry. Twice awarded the Cypriot State Prize for Poetry, he has had his work published in a single volume in Bulgarian, French, German, Serbian and, more recently, in English. In 2018 he co-edited the Anthology of Cypriot Poetry 1960-2018. His poems move from succinct stories of neglected seculars to Cypriot snapshots with a hint of surrealism, and from there to a fascinating fusion of people and landscapes.

Christodoulides has been featured in international anthologies, literary journals and poetry festivals around the world.

The event is sponsored by the Cyprus Ministry of Education, Culture, Sports and Youth – Cultural Services.