‘The Bone Orchard’: Sara A. Mueller Brings Gothic Sensibility to Her Debut Novel 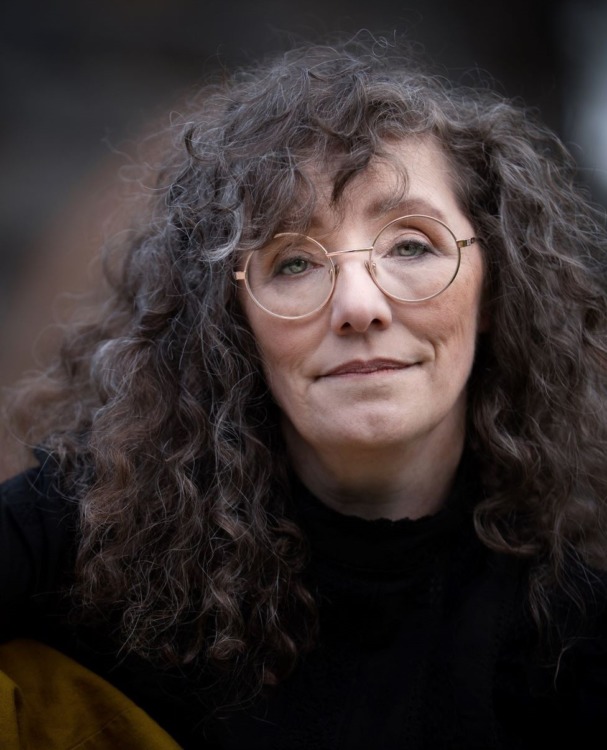 Portland author Sara A. Mueller says her first impulse to write came as a child in a family of voracious readers. “I guess whatever I wrote was what I had in my imagination,” she said.

Although she didn’t attempt to write with a view to publication until she was 20, Mueller said she wrote as soon as she could scribble “pretend.” A lifelong fan of horses and historical fiction, she has written fantastical stories about ponies and fan fiction – a hobby she considers good training for any writer. “I rarely wrote non-fiction or essays,” she said, “and kept no journals of any kind.”

Mueller’s first novel, The Bone Orchard, was published this week by Macmillan. It is the story of a witch named Charm who comes from a long line of necromantic workers. The Bone Orchard combines Gothic literature, the mystique of Victorian high society life, and the aesthetics of Edwardian dress and architecture. Charm is both a prisoner and a survivor, and she must care for a unique type of tree that grows bones from its branches instead of fruit, while trying to heal difficult and haunting struggles. of his past.

“My mother was a survivor of domestic abuse from her first marriage, and she was a very strong person,” Mueller said when asked how the book related to her own life. “She was a survivor, and I wanted to see someone in literature who always rose again.”

Although her mother’s experience is nothing like what the characters in her book go through, Mueller said it’s important to convey that same determination. She wanted to see him reflected in fiction – to see someone who survived and overcame without being ashamed of their past. Depictions of female characters in the Victorian era and in Gothic literature, she said, mimic the high society of the time. This tendency towards understated femininity brings out its strong main character.

AT 5:00 p.m. Tuesdayyou can overhear Mueller talking The Bone Orchard with Arkady Martineauthor of A memory called Empire, in a free virtual presentation from Powell’s Books. I chatted with Mueller about her novel, her writing, and her love of libraries. The interview has been edited for length and clarity.

Which writers do you admire? Do you have any favorite books that have influenced your life?

Muller: When I was very little, I read a lot of things that all the other girls growing up in a small town read in the library — Anne of Green Gables and Jane Eyre, for example. Libraries were an integral part of my life and still are today. At that time my father read James Thurber’s book The 13 Clocks to me, which kind of led me to The count of Monte Cristo. This one probably got librarians thinking.

So you have always been a great reader.

My father was a geologist for a mining company and he moved around a lot. I was born in Michigan’s Upper Peninsula, which is all beautiful agricultural land to the south and forests, trees, mountains, and lake shores to the north. There, in the rural areas, books have become my friends.

Reading was something everyone around me did. My parents read to me when I was little. I’m dyslexic, so learning to read was a bit difficult. My parents helped me by reading part of the page and making me read the next part. They have always been so nice and patient about it. When you move around a lot, like I did, almost every small town and public school has a library. Libraries have become a formative part of my educational and reading journey.

Your website indicates that you have traveled to all states in the country. How have your travels shaped your writing style or practice?

Like everywhere I went, I was the new kid in school, so it took me a while to settle into each new place. Reading and writing gave me something familiar, a connection to worlds I already knew. They gave me friends when I had none. I have always loved my imaginary book friends. It also made me realize very clearly that libraries are the great universal. They provide a sense of familiarity. To be honest, I’ve never met a librarian who didn’t try, who didn’t want to help you find whatever type of story you needed, whatever you needed.

I traveled a lot in my youth, and later my husband got a job in Portland, so we came here. Portland is one of my favorite places I’ve ever lived. It’s big enough to be a city and have lots of different cultural influences, but small enough that you can drive through it in an hour. I think it’s just awesome.

The Bone Orchard is your first novel. Can you tell me about the inspiration behind this work?

A friend had drawn a picture of a tree with bones as fruit and I thought that was really cool, so he said I could use it in a story. I had read a lot of Victorian and Gothic books at the time, which talk a lot about past wrongs that come back to haunt the living. Around the same time, I went to a conference on dissociative identity disorder. The three events are somehow folded together.

How much research has gone into the development of this historical world?

Some of them were things I already knew. I had lived in places with large Victorian houses before, so I knew what they looked like. I had experimented with the clothes before, so I pretty much knew how it would go together. The majority of specialist research has focused on the dissociation of trauma. The version described in the book was highly fantasized, but I needed to look it in the face and figure out how, to the best of my ability, portray it without doing a disservice to the people experiencing it. I read a lot of first-hand accounts and made it my goal to look at trauma with respect, writing about it without making light of it. I wanted to honor the survivors.

Have you always been a fan of science fiction and historical drama?

Yes, I read a lot of mythology when I was a kid. If I was sick at home and my mom saw a book in one of the grocery store stands that looked like a rocket or a dragon on the front, she would buy it for me. Reading has always been about family support. Virtually everyone in my family reads in one capacity or another.

You are also a historical costume designer, player, cook and rider. How did you get into these things? Are you able to attend all of them in Portland?

I got into horseback riding because my mom wanted me out. She asked me to choose a sport and when I told her what I wanted to do she took a deep breath and said “OK”. I fell in love with a horse that desperately needed saving, so my mom helped save him. The thing I did the most was dressagewhich consists of rolling according to a very precise pattern, a bit like doing ballet in pairs with a horse.

In high school, I started acting. A friend gave me a Dungeons & Dragons book and I’ve been doing tabletop role-playing games ever since. A while later, I helped my friend demonstrate natural death at a Renaissance fair and had to sew my costume. Eventually I did a full 1880s Victorian ballgown project. I even made Edwardian walking skirts. I appreciate; sewing is very creative and very demanding in some ways, much like dressage. It’s a nit-picking process until you get it right. Writing is a bit like that too.

How did you proceed to create Charm, the hero of your story?

The charm was born while I was writing. I knew from the start that she would have developed additional bodies for her split identities, and since I knew that all along, what I had to do was decide how Charm and The Lady (Charm’s other personality) would work – what parts of the past that they would lose to move away from that past. The book originally started out with more “bone ghosts” than there are now, but as I came to understand what Charm’s past was, I was able to understand what each ghost entity would represent: pain, shame, desire, justice, etc.

What are your writing habits? Do you use a computer to write?

Writing this one was a weird process because I couldn’t stop writing it. I tried to make sure that when I was writing, I was watching dramas and book productions written at that time. I read The age of innocence by Edith Wharton, and it gave me an idea of ​​the rhythm of people’s speech…the way a turn of phrase is used may not be the way we would form a sentence. I write mostly on the computer, although I write by hand if I’m not at my desk. I love a fountain pen. I really like a company called lamy, but I like any fountain pen that’s going to give me a smooth experience. The advantage of writing by hand with one of these pens is that it makes you slow down and think.

Are you working on upcoming projects?

My next book will almost certainly be a dark fantasy with historical inspiration from the early modern period, rather than the 19th century. I’ll put it this way: I have several ideas and several things have started. I will also be hosting more virtual reading events at mysterious galaxy in LA and copper dog books in Massachusetts…. I have many things to come. 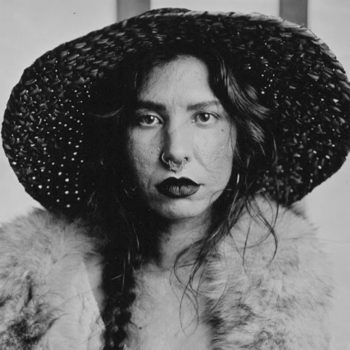 Amy Leona Havin is a poet, choreographer, filmmaker, and writer from Rehovot, Israel, currently based in Portland, Oregon, via San Diego, California. She trained in Tel Aviv with Ohad Naharin’s Batsheva Dance Company, studying the language of the gaga movement, and holds a BFA from the Cornish College of the Arts in Seattle, Washington. Havin is the founder and artistic director of Portland-based dance company The Holding Project with which she received a 2016 Disjecta Contemporary Art Center artistic residency. Her films have been shown internationally in Israel, Greece, Mexico , in Austria and France, receiving awards from Mexico City Videodance International, Portland Dance Film Fest, Thessaloniki Cinedance, and more. Havin is the founder and host of the occasional reading series It’s Rhubarb, and her literary works can be read in publications such as The Dust Magazine, Unchaste Anthology, When She Rises and Gravity According to Birds. With a process rooted in the duality of her upbringing, Havin weaves a collectively introspective body of work, honoring both heritage and the natural world.

More stories by this author