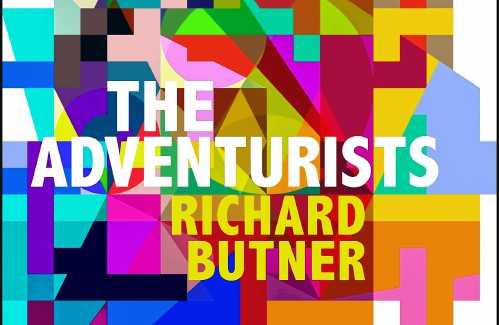 Fantasy fiction can take many forms, such as epic tales set in imaginary worlds like JRR Tolkien’s “The Lord of the Rings” and George RR Martin’s “A Song of Ice and Fire” series. Then there is “weak fantasy”, in which strange events arise unexpectedly in seemingly normal areas of life.

Richard Butner’s ‘The Adventurists’, an excellent new collection of short stories from Easthampton small beer press, mainly falls into the latter category. Butner, who lives in North Carolina, enlivens his writing with wry humor and moments of absurdity and surrealism, but his stories also explore the unraveling of friendships and the sense of loss that the passage of time can bring.

What also anchors the 16 stories in the collection is Butner’s crisp, understated prose, a style that allows him to move quickly from simple descriptions of everyday life to quirky narratives.

In “Delta Function,” for example, the protagonist, a somewhat jaded sound engineering technician named Gray, returns to the small town of Poston, where he had gone to college 30 years earlier. He’s there to record a story about a local farmer-turned-artist – “a superstar in overalls” – who suddenly rose to fame making huge sculptures out of scrap metal and old machinery.

Poston has changed, and apparently not for the better – “It was a bigger town, stretching further into the country” – with the bars, restaurants and other local venues that Gray had known replaced by chain stores and parking lots. A walk through its old college campus also makes it feel lost, with many buildings locked down, security cameras set up in the student union, and lonely students all staring at their cellphones and laptops.

But after Gray hits his head when he falls down wet stairs, he finds a restaurant on campus where it’s still 1979: the guys have long hair and mustaches, the only draft beers are brands like Schlitz and Old Milwaukee, and lots of people smoke. And on a small stage are the other four members of the pop group Gray sang in when he was here three decades ago.

Do any of them recognize him, now that he’s bald and in his fifties?

The “Adventure” narrator also revisits his past by traveling to an island where the infamous pirate Blackbeard died off the coast of South Carolina in the early 1700s. He came to meet a childhood friend , Virginia, the caretaker of the island’s aging hotel. It’s been a while since they’ve seen each other, and Virginia is now rolling an oxygen tank. She used to pull a lot of pranks – is the tank another joke?

“There are some things I’m not going to talk about,” Virginia says. “He’s one of them.”

Other oddities – some fun, some not – creep into the story. The narrator is attacked by a belligerent goose as he wanders around, then a child posing as a pirate strikes him in the crotch with a plastic cutlass. Virginia has a mangy old cat that looks and acts like the one she had decades ago when the two friends were kids. It also has the same name: “You remember Lightning,” she says.

Then there is the man who came on the ferry with the narrator, the one dressed as a court jester and carrying a strange staff. Virginia tells her friend that this eccentric is known as Death’s Fool and not to be laughed at. As they passed him a little later, the narrator recounts: “He looked at our car and smiled. I couldn’t tell if he was looking at me or Virginia. He had no teeth.

There’s also a lot of dark humor in “Scenes from the Renaissance,” where the main character Bob goes to see the girl he was in love with in high school. The former Shakespearian actress is now known for playing The Queen at a Renaissance Fair, where their mutual old friend Chuck plays the part of a jester, among other things.

Chuck isn’t too impressed with Bob’s appearance, especially his casual clothes. “And you still have long hair. Please tell me that number I dialed wasn’t a second line in your parents’ basement. He fears that Bob is only scaring the queen.

Bob scares himself. The Renaissance Fair feels all too real, with muddy peasants pulling carts by hand, fly-covered fish for sale in a grimy market, and a smell “worse than the dumpster that stood in the parking lot of his apartment “. And when Bob finally meets his former idol, his breath, even from several meters away, almost knocks him out.

In this story and others, Butner also takes a satirical look at modern America, from the frenetic pace of life to the cult of technology. In “Give Up”, a man celebrates his 43rd birthday by buying himself a “Backyard Everest” pass in which he locks himself in a geodesic dome to virtually climb the famous mountain. It’s so real that he’s soon freezing and forced to use bottled oxygen.

Yet for all his flippant tone and biting humor, Butner writes with emotion about human connection and loss, and the challenge of moving forward without losing touch with the past.

As one reviewer put it, Butner “writes about the subtle losses we suffer (often without realizing it) as we grow older, about love and loyalty, about how the past is never completely gone and can come back to you at the slightest opportunity like a tidal wave, so you better be ready lest you drown.

In other news, Straw Dog Writers Guild has awarded its 2022 Emerging Writer Fellowship to Regine Jackson of Springfield.

Jackson will receive a $3,000 grant that can be used for writing-related expenses, access to mentors, and to create a professional author website, valued at $1,500 and sponsored by Valley of Writers, another area literary organization. She will also receive a two-year membership to Straw Dog Writers.

The Emerging Writers Fellowship is designed to support Western Massachusetts women of color and writers of color early in their careers.

In a statement, Jackson said she was thrilled with her selection, noting that her early interest in reading “morphed into a passion for writing – primarily in the horror, fantasy and science fiction genres. I rarely, if ever, read novels with protagonists who look like me.

The 2022 Juniper Literary Festivalat the University of Massachusetts Amherst, returns as an in-person event on April 1 and 2 in the Old Chapel and will feature readings and author receptions open to Five College students and members of the public with proof of COVID vaccination.

the Festival, presented by the university’s MFA program for poets and writers, opens April 1 at 6 p.m. with readings by novelist and short story writer Mona Awad and poet Mai Der Vang. Awad won the Amazon Best First Novel Award and the Colorado Book Award, while Vang’s new collection, “Yellow Rain,” is a finalist for the 2022 PEN America Literary Award.

Steve Pfarrer can be contacted at [email protected]