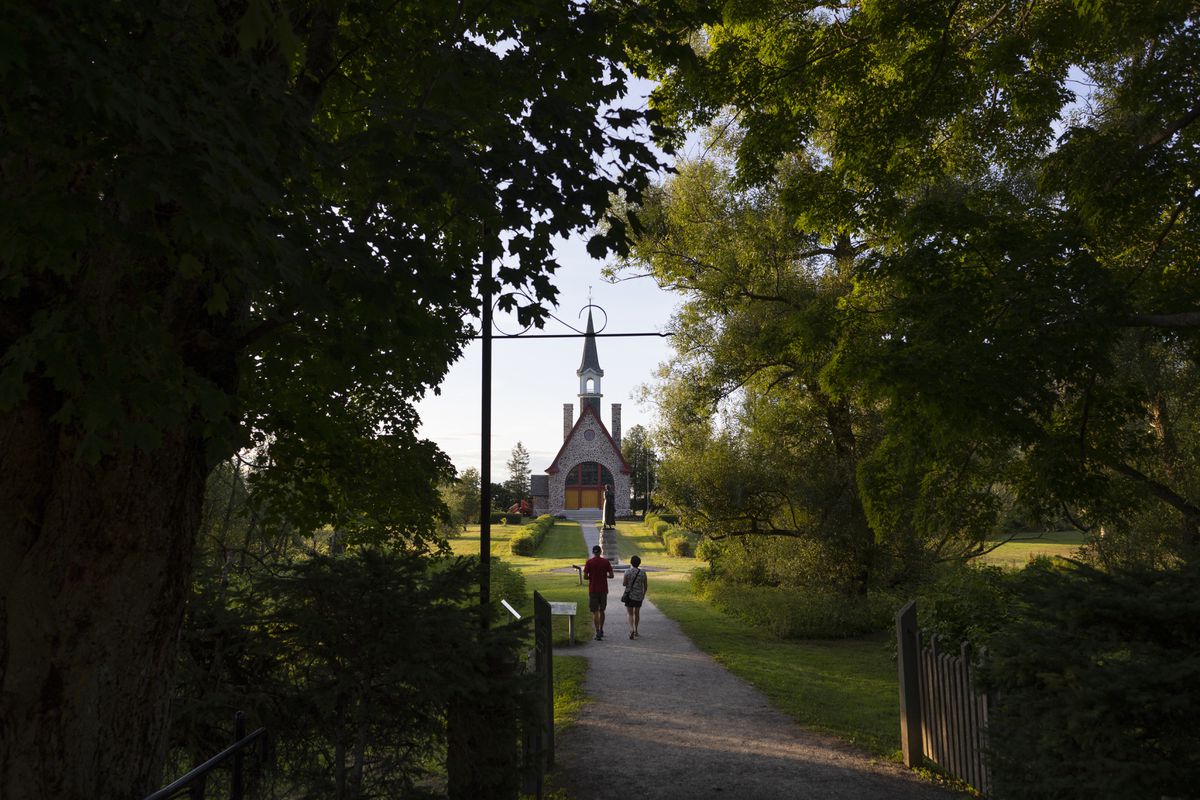 Sometimes a place can be your home, even if you’ve never been there before.

There may be few Acadians left in Grand-Pré, Nova Scotia, a rural hamlet outside of Wolfville in the fertile hills of the Annapolis Valley. But every year they come back here by the thousands, as if forced to stand where their ancestors were forced to leave.

“It’s like home,” said Susan Surette-Draper, one of the few Acadians living in the area. “For a lot of people, it’s kind of a religious experience to come here.”

For many Acadians, descendants of French settlers who arrived in the Maritimes in the 17th and 18th centuries, Grand-Pré is one of the most important sites in the history of their tragic upheaval. Every summer, large crowds gather here for Acadian Days, a weekend celebration of Acadian music, culture and history. It is, between all the plates of rappie pie and dismal fiddles, a reunion of long-lost cousins ​​that defies history.

About 10,000 Acadians were exiled by the British from Nova Scotia between 1755 and 1763, Grand-Pré being one of the most symbolic deportation sites. Hundreds of men and boys were confined to a church here, before they and their families were loaded onto warships and their homes burned down – punishment for refusing to take the oath to the British crown.

A century ago, Acadian families from the Maritimes sent their money to build a new church in Grand-Pré that would serve as a monument to this painful past. This month, the donation record of this 1922 building project – an invaluable resource for genealogists trying to trace family histories – will go on display after being unearthed from the basement of the church.

Ms. Surette-Draper, who performs as a historical re-enactor for Acadian celebrations, said gatherings in Grand-Pré often take on the feeling of a family reunion among strangers. Being Acadian forges a bond that spans generations, no matter where you live, she says. “For some people it makes them angry, because they see what has been lost,” she said. “But for me, it’s just a special feeling to be here. We have a common history, a shared sense of pride. We lived through. And we are still here.

After their expulsion from the Annapolis Valley, the Acadians “scattered like dust and leaves”, in the words of American poet Henry Longfellow, whose famous 1847 poem Evangeline mythologized Acadian history. They resettled in Louisiana, South Carolina, Georgia and Pennsylvania, the Caribbean, France, Britain and pockets of the Maritimes where agriculture was poor and they had to reinvent themselves as fishermen.

The fact that many survived and persevered is a key characteristic of Acadian identity. As a nation without a homeland, considering themselves neither Québécois nor continental French, their history is one of defiance and perseverance as a regional minority in the Maritimes.

“It’s a miracle that I’m here,” said François Gaudet, a Nova Scotia-born Acadian and Parks Canada guide who has worked at Grand-Pré National Historic Site for more than 20 years. “I’m not supposed to be here. I was supposed to be assimilated.

In Nova Scotia, Acadians resettled in communities such as Chéticamp, Mavillette and Comeauville. The British deliberately dispersed these outposts and limited new settlements to only 10 families, in order to prevent a critical mass of Acadians in one location. Few have returned to Grand-Pré, where the land was given to settlers from New England.

Mr. Gaudet grew up in Clare, Nova Scotia, a community of fishing villages where three quarters of the inhabitants still have Acadian roots. As a boy, however, there was no French school system – English was the only language of instruction. “We had to fight to keep our language,” he said.

It is a fight that still continues. The proportion of Acadians who speak French has been declining for 50 years, despite improved protections for their education, cultural institutions and a booming Acadian music industry. Only about 3.4% of Nova Scotians now report French as their mother tongue. In New Brunswick, where francophones have a legal right to government services in their language, that figure is 32%.

Many rural Acadian communities are struggling with population decline, losing young people to predominantly English-speaking urban areas. Newcomers, even those from French-speaking countries, sometimes have trouble understanding Acadian patois, which mixes French words with English words. “For many Acadians, no matter where you live, the question of language always comes up,” said Claude Boudreau, director of the Société Promotion Grand Pré. “The battles may be different, but the language remains a challenge. The reality is that we are surrounded by English people.

Some Acadians have long since changed their names and learned to speak English to overcome the economic discrimination that prevented them from having a job. Leblanc became White, Benoit became Bennett, Fougère became Frazier. Generations later, their descendants still make a pilgrimage to Grand-Pré, where their ancestors built a network of primitive dykes to hold back the sea and turned vast tracts of salt marsh into valuable farmland. A giant stone cross, built from the foundations of the houses of these early settlers, marks the site where several hundred Acadians are buried.

“When people discover that their roots are from here, it’s incredibly powerful,” Mr. Gaudet said. “They come here and I tell them, ‘This is where your ancestors are from.’ ”

Our Morning Update and Evening Update newsletters are compiled by Globe editors, giving you a concise summary of the day’s most important headlines. register today.