Thanksgiving hymns are centuries old, the best but biblical… 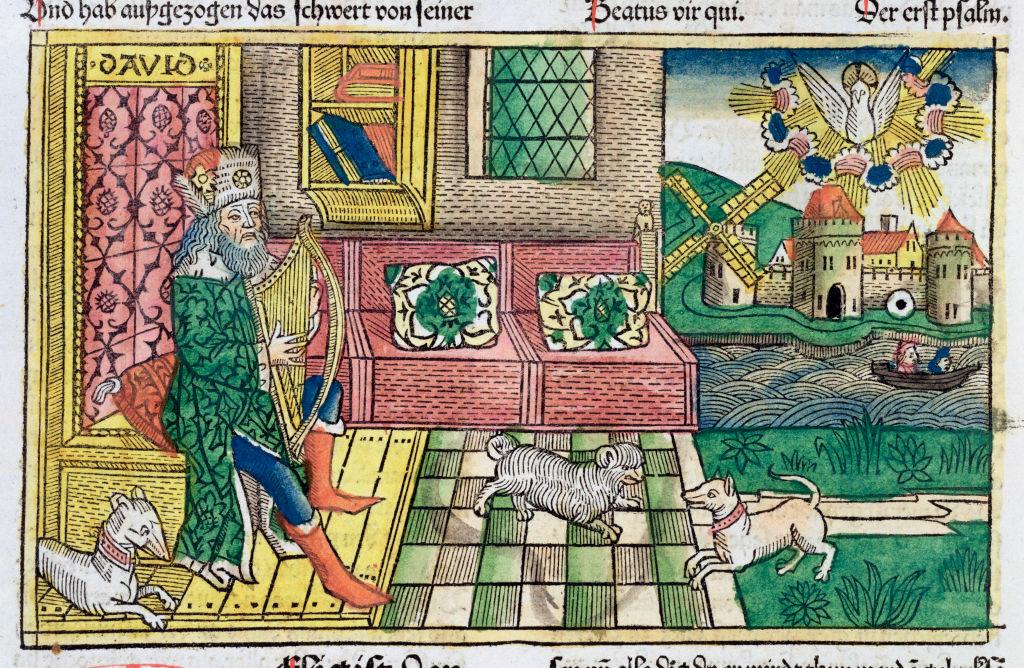 Thanksgiving doesn’t ring a bell for months, unlike another holiday looming next door. Still, readers may remember a few hymns rolling around each November at church, around the dinner table, or even—for readers of a certain age—at school. One that I remember very well is “Come on, you grateful people, come on”. Then there is “we gather together” or “we plow the fields and we disperse”.

Interestingly, for the songs associated with a quintessentially American party, none have American origins. “Come, Ye Thankful People” was written by Henry Alford, a 19th-century English cleric who became dean of Canterbury Cathedral and supposedly rose to give thanks after every meal and at the end of every day. “We Gather Together” is much older, written in 1597 to celebrate the Dutch victory over the Spaniards at the Battle of Turnhout. “We Plow the Fields” was written by a German Lutheran in 1782.

As someone who studies American culture and religious music, I’m interested in the backstory of songs that we’ve come to take for granted. Someone who walks into a church and picks up a hymn will probably find a handful of hymns categorized under “thanksgiving”, but many others express a general feeling of gratitude, such as “now thank you all our god” and “for the beauty of the earth.” Even more hymns fall into the related category of praise – after all, a common response to feeling blessed or rescued is to offer praise to the higher being believed to bestow those gifts.

None of these impulses is uniquely Christian, or even religious. But hymns of praise and gratitude have been central to Jewish and Christian worship for millennia. In fact, they go back to one of the best-known scenes in the Hebrew Bible.

The earliest musical performance mentioned in the Hebrew Bible is “The Song of the Sea,” referring to two songs that Moses and his sister Miriam sing to celebrate the Israelites’ flight from Egypt. As Pharaoh’s army pursues the fleeing slaves to the edge of the Red Sea, God opens a dry path for them before closing the sea to swallow the soldiers, according to the Book of Exodus:

Jewish singer Debbie Friedman, who died in 2011, wrote “the song of Miriam”, adapting these lines from Exodus into a modern favorite.

‘The Chludov Psalter’, a book of psalms, shows ‘The Song Of Moses and Miriam’, dating from around 850 AD. Found in the collection of the State History Museum, Moscow. fine art images/heritage images/Getty images temple worship

a research project immersed me in the world of the Hebrew psalms, which originally were mainly sung during rituals in the temple in Jerusalem. Scholars have speculated for centuries about the composition and sequence of these Hebrew poems that form a single book of the Bible. The 150 psalms include a large number of lamentations, expressions of praise and gratitude, and quite a few texts that combine the two.

Hermann Gunkel, a pioneering biblical scholar at the turn of the 20th century, developed a system for classifying the texts of the Book of Psalms by genre, which scholars still use today. What Gunkel called the “Thanksgiving” psalms are texts that celebrate God’s actions to bestow blessings and relieve affliction at particular times and places: healing from serious illness, for example. Gunkel’s categories also include psalms that refer to gratitude for more general divine actions: creating the cosmos and the wonders of the natural world, or protecting the ancient Israelites from foreign enemies.

Hard to find a text more overflowing with gratitude than Psalm 65, which includes verses perfectly suited to Thanksgiving:

The streams of God are filled with water to supply the people with grain, for so you have commanded. You water its furrows and level its crests; you sweeten it with showers and bless its crops. You crown the year with your generosity, and your carts overflow with abundance. A New Idea: Songs About Jesus

Although the original tunes of the psalms have long been lost, their lyrics are still a mainstay of religious song for both Jews and Christians.

Their key role in today’s Protestant churches owes in part to the reformation of the 16th century. During the Renaissance, Catholics had developed more ornate musical forms for the Mass, including the use of polyphony: songs with two or more simultaneous interwoven melodies. Protestants, on the other hand, decided that unadorned psalms, set in standard musical meters that matched existing tunes, were optimal for the church.

Reformation leader Martin Luther loved music and wrote his own hymns with original lyrics that are still popular today, such as “a mighty fortress is our god”. As for the more austere reformer John Calvin, however, the clearer the better. Singing unharmonized a cappella psalms was very good for the Sabbath, he insisted.

Calvin’s judgment swept the day away in New England, which was largely settled by Puritan Calvinists. In fact, the first book published in North America was “The Bay Book of Psalms,” in 1640. It took a century for hymns with new words to begin to be accepted in churches, and even longer. for the organs to appear there.

An illustration from an 1866 edition of hymn writer Isaac Watts’ ‘Divine and Moral Songs for Children.’ bridgeman/culture club/hulton archives via getty images

Gradually, these restrictions began to ease, even in New England. During the 1700s, hymns began to rival psalms in popularity. The key innovator was Isaac Watts, a talented poet who wondered why Christians couldn’t sing songs of worship that referenced Jesus Christ—since the Book of Psalms, written before he was born, did not. John and Charles Wesley, founders of Methodism, were also inveterate hymn writers.

To modern ears, the difference between psalms and hymns is barely perceptible. The hymns often draw heavily on imagery and tropes from the psalms. Even a simple-sounding Thanksgiving hymn like “We Gather Together” contains no less than 11 allusions to particular psalms.

Watts, the Wesley brothers, and several other hymn writers were among the movements that contributed to the birth of modern evangelical Christianity. Some of the most famous hymns of thanksgiving and praise have been popularized by evangelical revivals over the centuries: “amazing grace”, by an 18th century English vicar, and “how great thou art”, the theme song of the famous preacher Billy. Graham’s revivals.

Over the past 30 years, the burgeoning genre of contemporary worship music, often simply referred to as praise music, has become the standard heard in megachurches and other evangelical congregations around the world. Unsurprisingly, praise and gratitude are inescapable themes in this genre – whether or not they evoke a Thanksgiving holiday.