Take a Page of Poetry to Understand Music: NewsCenter 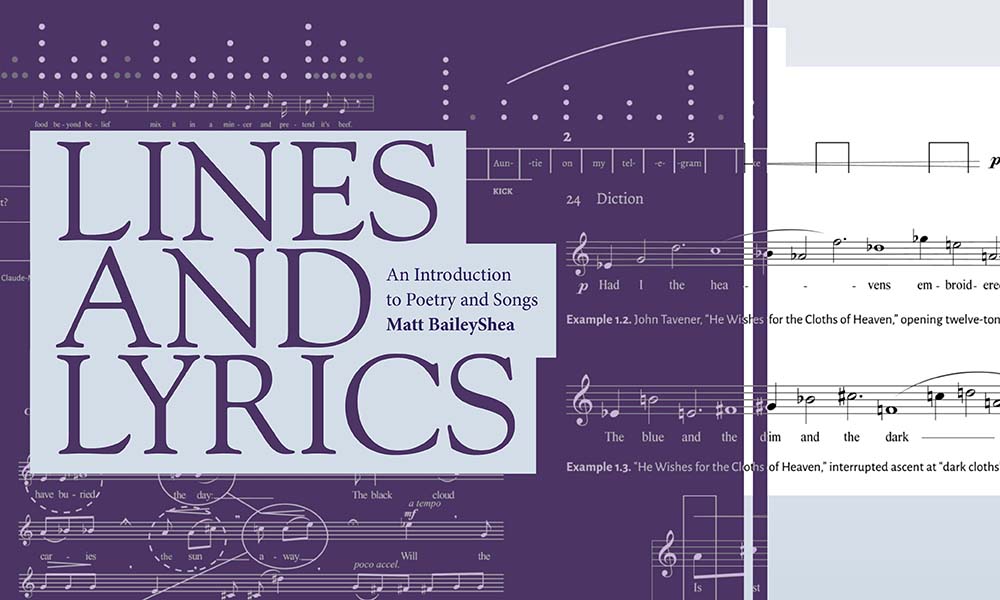 The University of Rochester music theorist explores the interrelationship between poetry, lyrics and music.

Reading the opening lines of Van Morrison’s “Into the Mystic,” Matt BaileyShea, an associate professor of music theory at the University of Rochester, notes that “the song is widely considered a classic and a great song. is not great poetry. 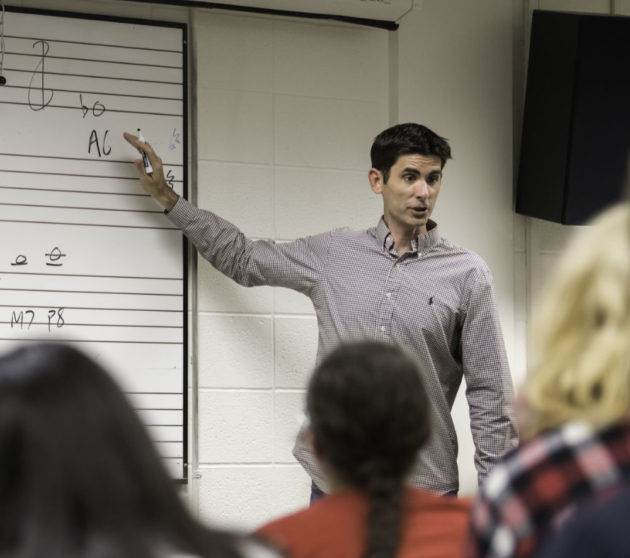 Morrison himself agrees with this view. When rolling stone magazine interviewed him for a 1978 article about lyrics, he suggested that people take them too seriously, and the words might even be “irrelevant”.

We were born before the wind

Also, younger than the sun

‘Ere the bonnie boat was won

As we sailed into the mystical.

Someone who studies Morrison’s songs might be convinced that they should neglect the lyrics to concentrate on other elements, such as harmony, texture, rhythm and meter, and vocal timbre. “Why bother to commit to a serious interpretation of the lyrics if they are nothing more than a vehicle for a catchy melody?” writes BaileyShea in a new book.

The book, Lines and Lyrics: An Introduction to Poetry and Song (Yale University Press 2021), provides answers to this question. BaileyShea takes a basic understanding of poetry to explore and draw attention to the words, and the sounds of language to gain a deeper interpretation of songs from a wide variety of musical styles, from hip-hop to rock in going through art songs. The purpose of the book, he says, is “to get people to think more carefully about the subtle and sophisticated details of song lyrics, especially how they relate to music”.

BaileyShea has taught music theory at the Arthur Satz Department of Music and the Eastman School of Music since 2003. The relationship between poetic texts and their musical contexts has long been a priority for BaileyShea, who organized a symposium for the Science Center Humanities of the University in order to explore the subject. The interdisciplinary meeting brought together scholars from the Eastman School, the Department of English and the Department of Modern Languages ​​and Cultures. 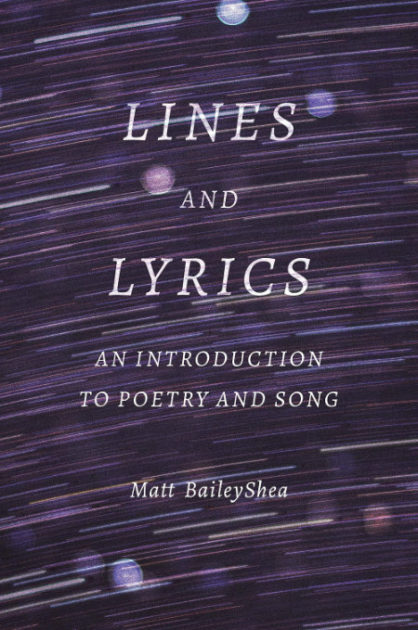 When did you start thinking about the connection between poetry and song lyrics?

Bailey Shea: I’ve been studying vocal music for decades, but about 10 years ago I started thinking more seriously about “Who sings for whom?” in song. I recognized that songs often change pronouns in a way that makes this question a little complicated – “he” becomes “I” becomes “you”, and so on. I asked [the Joseph Henry Gilmore Professor of English and renowned poet] Jim Longenbach for his help and he graciously agreed to meet with me. He gave me great advice on lyric poetry in general, and I ended up attending one of his poetry classes, which was particularly eye-opening. It really changed the way I think about poetry and song. The book was mainly born from these first discussions with him.

Bailey Shea: In most cases, song lyrics are designed and written in lines, using rhymes, metaphors, imagery, and many other things that are often found in poetry. Pop songwriters usually don’t intend to have people Lily aloud as if they were poems – it would generally sound silly if we did – but we can certainly benefit from thought on the poetic elements of a song. That’s the main purpose of my book: to get people to think more carefully about the subtle and sophisticated details of song lyrics, especially how they relate to music.

Yet Bob Dylan was recently awarded the Nobel Prize for Literature and we often see collections of lyrics written by people like Leonard Cohen, Jay-Z or Kurt Cobain. Do you think it makes sense to see some lyricists as great poets?

Bailey Shea: Personally, when I want to read poems, I prefer to take a book by a contemporary poet like Terrance Hayes. When I want to discover lyrics, whether by Joni Mitchell or Jay-Z, I prefer to listen to the songs. That’s the thing with the lyrics; they should work well with the music. Also, I think we too often get caught up in silly stereotypes about artistic merit. People sometimes suggest that calling a songwriter a “great poet” is the ultimate compliment. The implication is that writing song lyrics is inherently inferior to writing poetry. But why? They are both very difficult to do well.

Throughout your book, you engage your readers in discussions about songwriters and musicians who span a range of musical styles, such as Kendrick Lamar, Patti Smith, Benjamin Britten, and Björk. You also look at the poetry of people like Anne Sexton, Robert Frost and William Blake. Was it difficult to choose the works and artists to focus on? How was the process?

Bailey Shea: I mainly drew on the poetry and songs I was listening to at the time. I have relatively broad tastes, so the book’s reading list ends up feeling somewhat random. But I think it’s a good thing. Most readers will probably recognize at least a few songs and poems they already know and enjoy. And repertoire diversity is crucial for another reason: it allows us to identify similar patterns and strategies across a wide range of texts.

What do you want readers to get out of your work?

Bailey Shea: I especially hope that the book will inspire people to read poetry and listen to songs more than they already do. I imagine many of my readers will come to this from the poetry side or the music side. Hope this helps poetry fans to listen more carefully to the lyrics. And I hope it will turn musicians into fans of poetry. 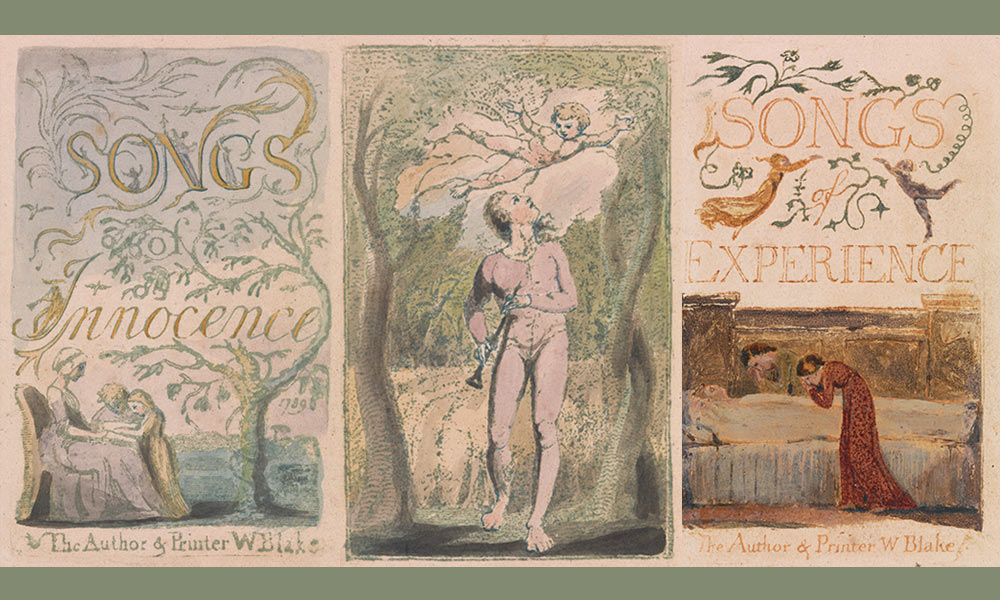 The poet’s influence from the Romantic era permeates modern writing, music, film and television. The University’s William Blake Archives has digitized nearly 7,000 images of Blake’s designs, making them accessible to scholars and fans. 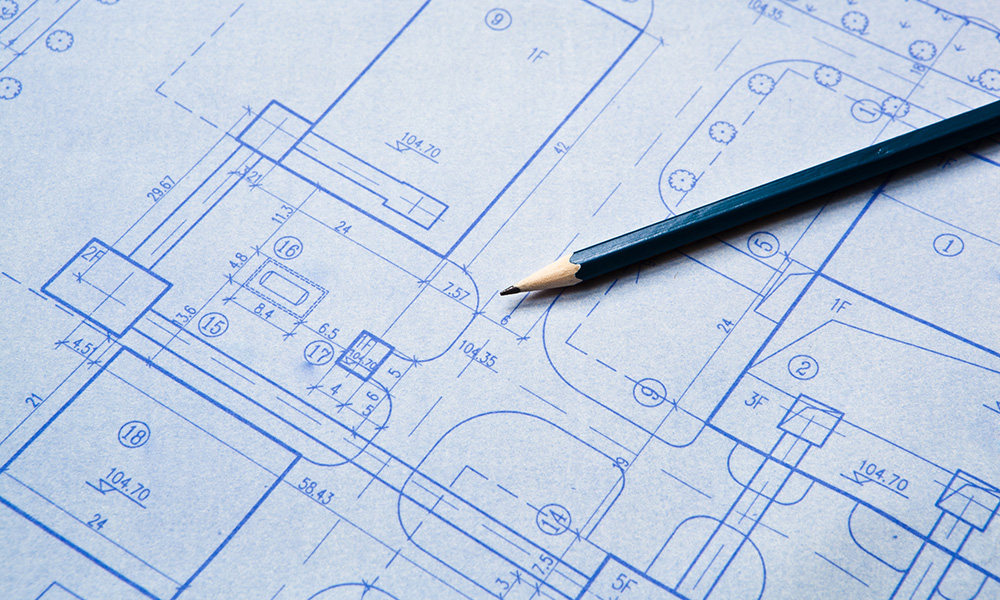 How do you make a poem?

We rely on words to perform even the most mundane acts of communication. These same words are the creative medium of poets. In How poems are made, James Longenbach wonders how poets turn naked expression into art.