Stories of unhappy people in the happiest countries 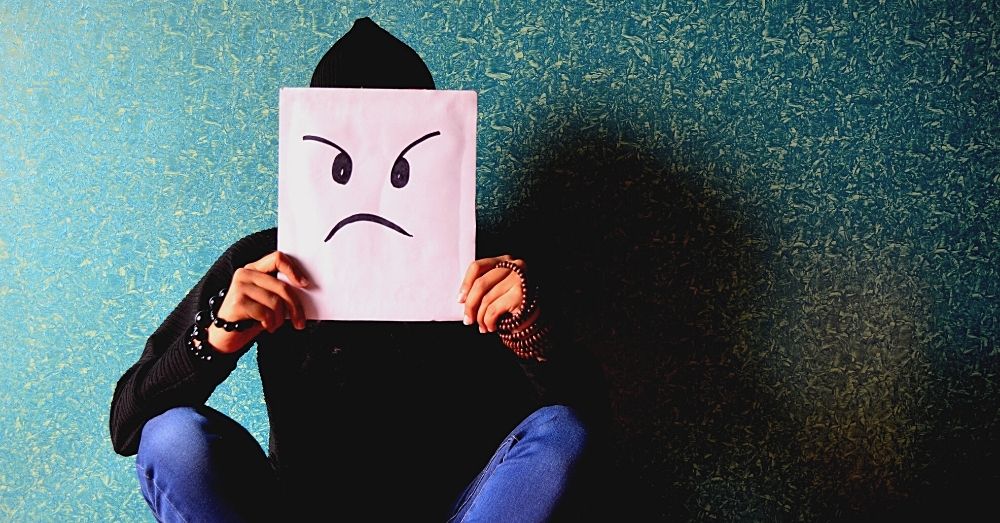 It is difficult to understand how such an abstract thing as “happiness” is determined. The main game is played by numerology. As a measure of happiness, the survey raises some questions that are typically associated with materialistic and modern welfare state systems. Things like family, meeting personal expectations or sexuality remain implicit.

The goat-like Yaksha’s last question was towards Yudhisthira was, “Who is happy in this world? Yudhisthira replied that the person who eats vegetables daily in a state of indebtedness is the one who is truly happy.

Who and what determines happiness?

March 20 is the International Day of Happiness. If this subject of Mahabharata comes into anyone’s mind on this day, he will surely laugh in his head. Debt-ridden NDEs work 12-14 hour days, eat delicious, preservative-coated foods in the microwave, and are no longer “happy.”

On the eve of this special day, however, an organization working on behalf of the United Nations publishes a list in which the countries of the world are ranked in order of happiness.

The question may arise, on what basis is the matter determined? And who made this list? The report is presented by the Sustainable Development Solutions Network, which works for the United Nations. During the process of writing the report, citizens of different countries are called and asked whether they are satisfied or not.

In addition to taking into account the economic growth rate of the countries studied, the average life expectancy of people, social assistance, freedom to work, corruption, etc. are measured. Several Western research institutes are involved in this study.

It is difficult to understand from the above narrative how such an abstract subject as happiness is determined. How to give a collective look to a very personal feeling like happiness? The main game played here is numerology. It should be noted that the survey, as a measure of happiness, raises certain questions that are typically associated with materialistic and modern welfare states.

Complete peace, bread, clothing, shelter, as well as government support – all these are the criteria of happiness. As such, the question of the state seems to be very important. Things like family, meeting personal expectations or sexuality remain implicit.

Anyone can understand that in the World Happiness Report, India or similar countries will not perform well. Poverty, lack of employment or pseudo-employment are not new in countries like India, Pakistan, Bangladesh, Sri Lanka, Nepal etc. The same is true for countries in Africa or Latin America.

If the criteria for the happiness list, i.e. getting off the charts of mass polls, can be explored within a certain cultural sphere, then a very confusing picture emerges. A list of happiness has been presented for 10 years. And for some time before this decade, the northern European countries, known as the Nordic countries, which topped the happiness list, experienced a particular type of literary practice.

This literature is fundamentally a mystery. But it lacks the familiar formula of mystery studied in England or America. The characters in these stories, known as the Nordic Nair, are extremely dark. Individuals are subject to state and administrative pressures.

In addition, a number of problems have arisen as a result of the collapse of the former Soviet Union, which has led to the catastrophe of the populations of these countries. Most notably, the narrative structure of the Nordic Nair gradually entered the literature of England, Scotland and Ireland. There, too, people began to meet face to face, sadly torn.

Henning Mankel, a Swedish writer, began writing his Kurt Wallander series in the 1990s. There are both mystics and criminals who fall victim to everything from loneliness to drug use to extinction. due to depression, etc. But he fails to live up to the expectations of his father or his art-loving lover.

On the other hand, one cannot say that those who prosecute Wallander are also committing crimes out of pure self-interest. In a short story, Wallander confronts an Afro-ethnic murderer in a grocery store in retaliation for the state’s injustice to the murderer. Mankel leaves the question to the reader of how criminal he is.

Similarly, in his Millennium Trilogy, Stig Larson portrays a girl named Lisbeth Salander who has been miserable since childhood. After the collapse of the Soviet Union, government-backed mafias (mainly drug dealers and traffickers) sought refuge in various northern European countries and continued their activities with the help of the corrupt bureaucracies of the host country.

In his The girl with the dragon tattoo, The girl who played with fire and The girl who kicked the hornet’s nest, Larson portrayed the corruption of the state, the shadow of the corporate world and, finally, domestic and sexual violence. It stunned the whole world. This trilogy of a girl’s solo flight with a vast vicious cycle sold millions of copies and continues to this day.

At the same time, Larson cited Swedish media and its subsequent history of violence and revenge. The loneliness and exhausting life of Michael Blomkvist, the protagonist of this trilogy, says a lot about what happiness is.

Icelandic writer Arnoldur Indridason has captured the attention of readers around the world right now. In his Detective Erlandur series, detectives and criminals suffer from severe depression. The background is sometimes so dark that the reader drowns in all this misfortune. Countless readers have experienced the trauma of reading her critically acclaimed novel, city ​​of the tsars.

The same goes for the Norwegian writer Joe Nesbo. Australia is the setting for The bat, the first novel in Nesbor’s Harry Hole series. In this novel, he brings to light the great deprivation and humiliation of the Australian people, known as Aborigines.

Detective Harry Hole is not a happy or contented man either. Time and time again, he encounters the bursting of an abstract concept called humanity. All this writing does not give relief. The warmth and comfort of the novels of Sherlock Holmes or Ercul Poirot are not in these writings. Not even in Nesbo’s off-the-shelf novels.

Nesbo recently remade Shakespeare’s Macbeth. Macbeth, written during the English Renaissance, was only here. The criminal underworld of the Cold War era and its esoteric chemistry in the 1960s reveal the context of Norway’s disease today.

Another veteran of Swedish detective history, Hakan Nesser’s Detective Van Veteran is also a lone retired cop; divorced. She lost her son in a complete coincidence.

And at the root of all mysteries, he is involved in the story of countless unhappy people. Someone gets out of a long prison for no reason, or someone commits a crime seeking revenge for being sexually perverted. Nor is there any relief in Nesser’s novels. The object called ‘happiness’ is completely absent.

The list is lengthened increasingly. Peter Hoeg from Denmark, Camilla Lacburg from Sweden and others have written about the endless stream of doom.

When Harry Potter writer JK Rowling penned the Cormoran Strike series under the pseudonym Robert Galbraith, it became clear that the address of unhappiness extends to England. He’s a strike detective, but he’s a very depressed man.

Looking the other way, is it clear that Rowling’s Harry is happy? Voldemort, the villain of this story, isn’t he also a character suffering from intense misfortune?

In 2015, the English writer Paula Hawkins, in her detective novel The girl on the trainbrought the sad girl Amathanakh, self-mockery and drunk, inhabitant of which city of happiness?

Literature is the mirror of the masses. The statistics are in the hands of the state and the organization. These two objects rarely meet. Indians’ notion of happiness has changed from time to time. However, the Indians who constantly post photos and emojis on the net seem to have grasped a confusion in the name of happiness.

The Happiness Report does not address this confusion. He is silent just by showing some numbers. Indians, Pakistanis or Bangladeshis trapped in this silence are increasingly displaying smiling faces on social networks to cover the wounds of their daily lives.