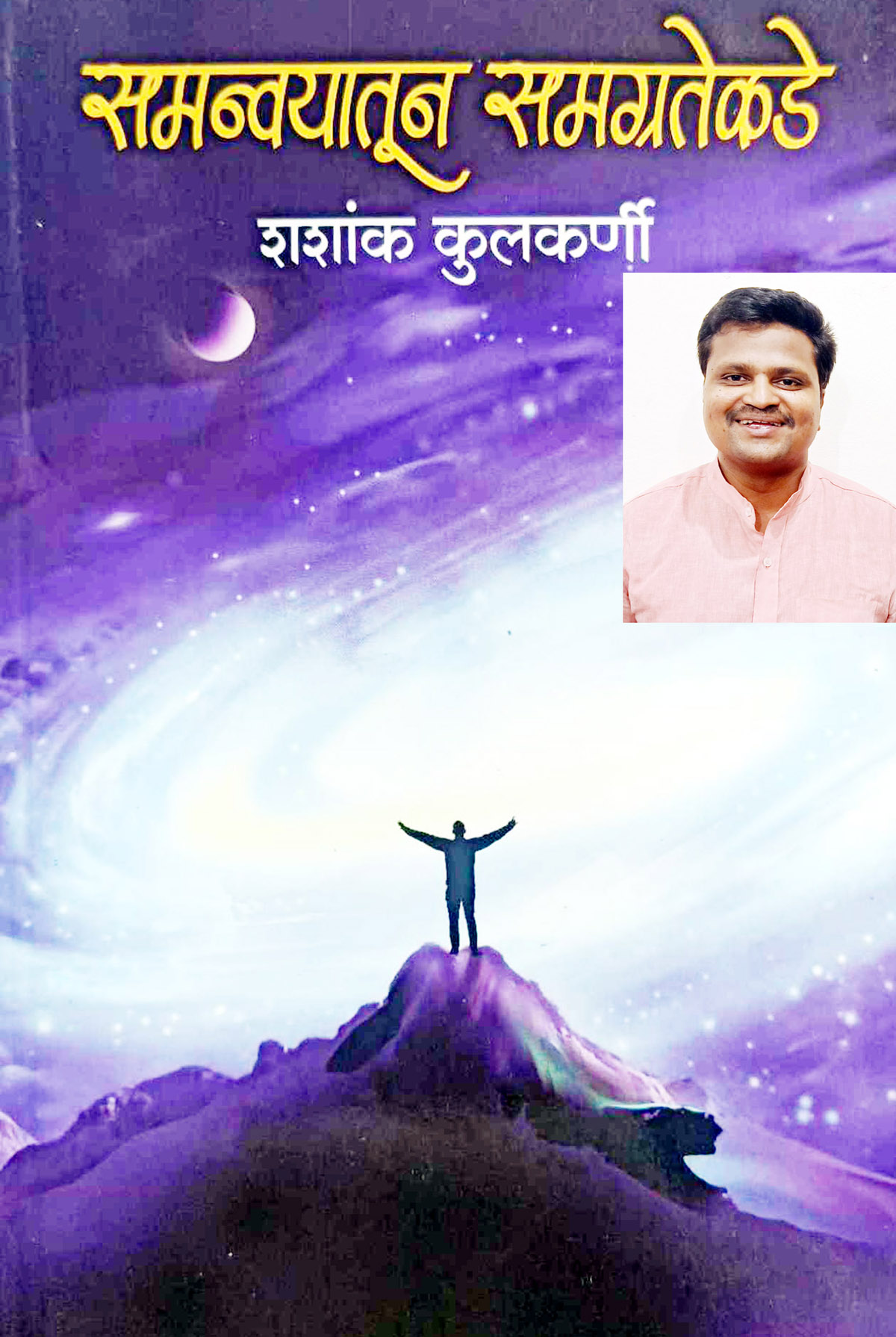 Excelsior Correspondent
JAMMU, July 23: An internationally renowned agricultural policy scientist and well-known author from Central University of Jammu, Shashank Kulkarni’s Marathi book ‘Samnvayatun Samgratekade (From Coordination to Integration)’ has been selected in the ‘ List of Government Approved Books’ from the Government of Maharashtra.
This book was selected in the category ‘Spirituality and Philosophy’. This list is prepared by the Directorate of Libraries, Department of Higher and Technical Education, Government of Maharashtra. The book selection committee was made up of twenty personalities. The chairman of this committee was Pratap Kasbe and member secretary Shalini Ingole, director of the library.
This book was prefaced by Dr. Ravindra Mule, Head of Department of Philosophy, Savitribai Phule Pune University. He also received blessing messages from Swami Srikantananda, President of Ramakrishna Math, Pune and Dr. Mansi Rajhans, Head of Department of Psychology, SNDT University. This book was published in 2020 by the famous publication Navinya from Pune. This book has already been declared an award for excellence in scientific spirituality by the Maharashtra Sahitya Parishad (Shakha Palus).
Shashank Kulkarni is an eminent poet, writer, lecturer and an internationally recognized agricultural policy scientist. He was born in 1990 in the village of Sakhrale (Sangli District) of Maharashtra. He did special work in the Department of Public Policy and Public Administration, Central University of Jammu as a Senior Researcher in the University Grants Commission. Various countries around the world have made him proud for his research and writing work. More than ten books have been written by him in Marathi, Hindi, English on different topics. He has written in various national and international research journals. He played an important role in building the revered Dwarkanath Shastri National Research Center. He is also known as the leader of Baba Laxman Das National Memorial Construction Service Committee, an innovative social and spiritual movement in Jammu and Kashmir. He was honored by the famous Swahili University of South America in recognition of his fundamental research work in the context of agricultural policy in India.