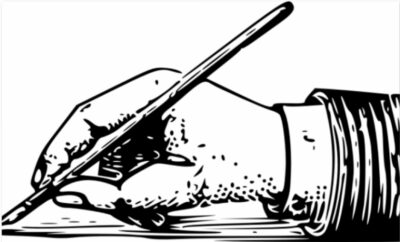 Today we were blessed with a beautiful day here in Southwest Virginia…blue skies and a break from the oppressive August humidity. Many are looking forward to the three-day weekend in honor of Labor Day. However, in history, September 1, 1939 holds a dark and dubious distinction. On this date in 1939, Nazi Germany invaded Poland, plunging this country into a nightmare and the world into World War II. The astonishing speed of the German attack introduced a new word into the English language: blitzkriegLightning of war.

Poet WH Auden was at a bar in New York that evening when the news hit the airwaves. He had this to say in his opening lines of his poem, “September 1st.”

I’m sitting in one of the dives
On fifty-second street
Uncertain and scared
As clever hopes expire
From a dishonest low decade:

A low and dishonest decade. By almost every measure, the 1930s were one of the darkest decades, not just in the United States, but in world history. The United States fell into the Great Depression after the stock market crash of October 1929, and although the world was not as interconnected as it is today, the collapse gradually affected most developed nations. First Italy and later Germany fell into fascism under Mussolini and Hitler, Japan became militarized and the USSR suffered terribly under Stalin.

Britain and France were in a state of what some historians call “entanglement”. While an emboldened Hitler demanded more and more, Western democracies yielded more and more. The policy of appeasement, designed to avert war, gave Hitler the green light to remilitarize Germany and considering Hitler a madman, war became inevitable. Therefore, on September 1, 1939, the “smart hopes” of a low and dishonest decade expired.

As some people say, “if you can’t face reality, reality will deal with you”.

Much of what we call “the free world” lived in a dream world for much of the 1930s, turning a blind eye to Hitler. But on September 1, 1939, the blinkers and pink glasses fell off. Too late. The world was at war.

This brings us to today, September 1, 2022. These are low and dishonest times. And people see it. As the respected Gallup polling institute reported in July, “Americans are less confident in major American institutions than they were a year ago, with significant drops in 11 of 16 institutions tested and no improvement for none”.

It’s not a matter of skin color, gender, income or level of education, but more and more people are realizing that we live in a culture full of lies. And what’s worse, if you try to tell the truth and explain how you see things, or ask questions or point out some of the inconsistencies, you end up being called a “hater” or a “bigot”, put in jail on Facebook, launched Twitter and demonetized on Youtube.

And who knows how much true information we’ll never know and how many lies are being spread, due to Big Tech censorship and, like the bold period time reported today, much of this censorship is done with the active connivance of members of the Biden administration.

We’ve worried about secondhand smoke for decades, but are we aware of “secondhand censorship”? This means that when a story is censored once, who knows how many “downstream” people will be kept in the dark because they never had access to the information in the first place.

Since this essay is a column and not an encyclopedia, time and space permit only a few examples:

The answer? There is good news! There is a way out! Russian Christian dissident Aleksandr Solzhenitsyn, on the day of his arrest in the Soviet Union in 1974, published a pamphlet “Do not live by lies”.

Don’t believe the lies. The generation of the 1930s believed the lies, until it was too late. But we can decide for ourselves. As much as you can, turn off the lies. Surround yourself with positive, honest people you can trust. Fill your mind and heart with what is beautiful, true and proven. Jesus said, “And you will know the truth, and the truth will set you free.” (John 8:32 NLT)