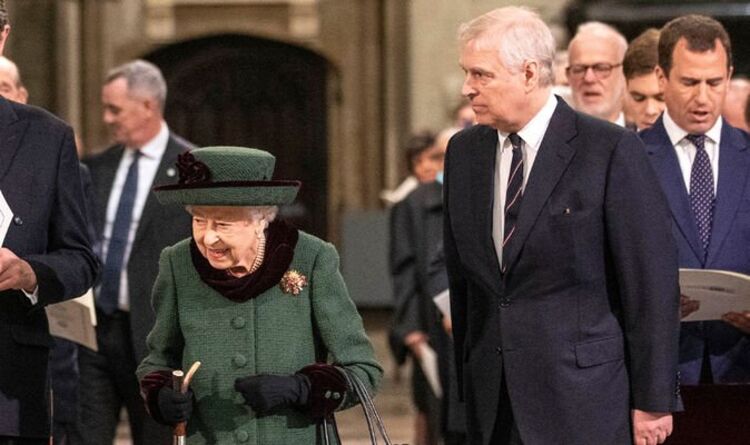 Her Majesty’s decision to have the Duke of York accompany the Thanksgiving service was widely seen as a gesture of support for her son, for whom Prince Philip’s memorial was the first public appearance since he was stripped of his military titles and royal patronages and paid a sum of several million pounds without any admission of liability to close the civil sexual assault case brought by his accuser, Virginia Giuffre. The Duke and Queen, 95, traveled together from Windsor Castle to the 40-minute ceremony in London in the monarch’s state limousine.

Onlookers were surprised to see Andrew play such a controversially central role – his mother clutched his elbow with her left hand and had a cane in her right as they walked through Poets’ Corner to his seat in the Abbey.

Camilla Tominey of The Telegraph said of the company’s move from wanting to distance itself from the Duke to giving him a key post at the highly anticipated event: “The consensus among courtiers seems to be that the Duke should never appear at a another royal occasion, yet when it comes to The Firm, blood has always been thicker than water.”

The memorial, which was attended by some 1,800 people, was a difficult event for the royal family, as various members were visibly moved by the tribute paid to Prince Philip.

The Duke of York, too, wore a grim expression.

Although the parties have settled the case, the agreement is not an admission of guilt on the Duke’s part and he has always vigorously denied the allegations made against him.

As part of the settlement, which freed Andrew from a civil trial and testifying under oath or before a jury, he vowed to ‘demonstrate his regret for his association’ with Epstein by supporting the ‘fight against the evils of sex trafficking’. “. , and supporting its victims”.

The frailty – and public anger – surrounding Andrew could barely be guessed by watching him in the front row of the service, next to the Earl of Wessex and across the aisle from his other siblings.

As Ms Tominey put it, it may well have been ‘a show of a mother’s love for her second son’ and a chance for the Duke ‘to restore his reputation under the guise of a helpful plus one’ .