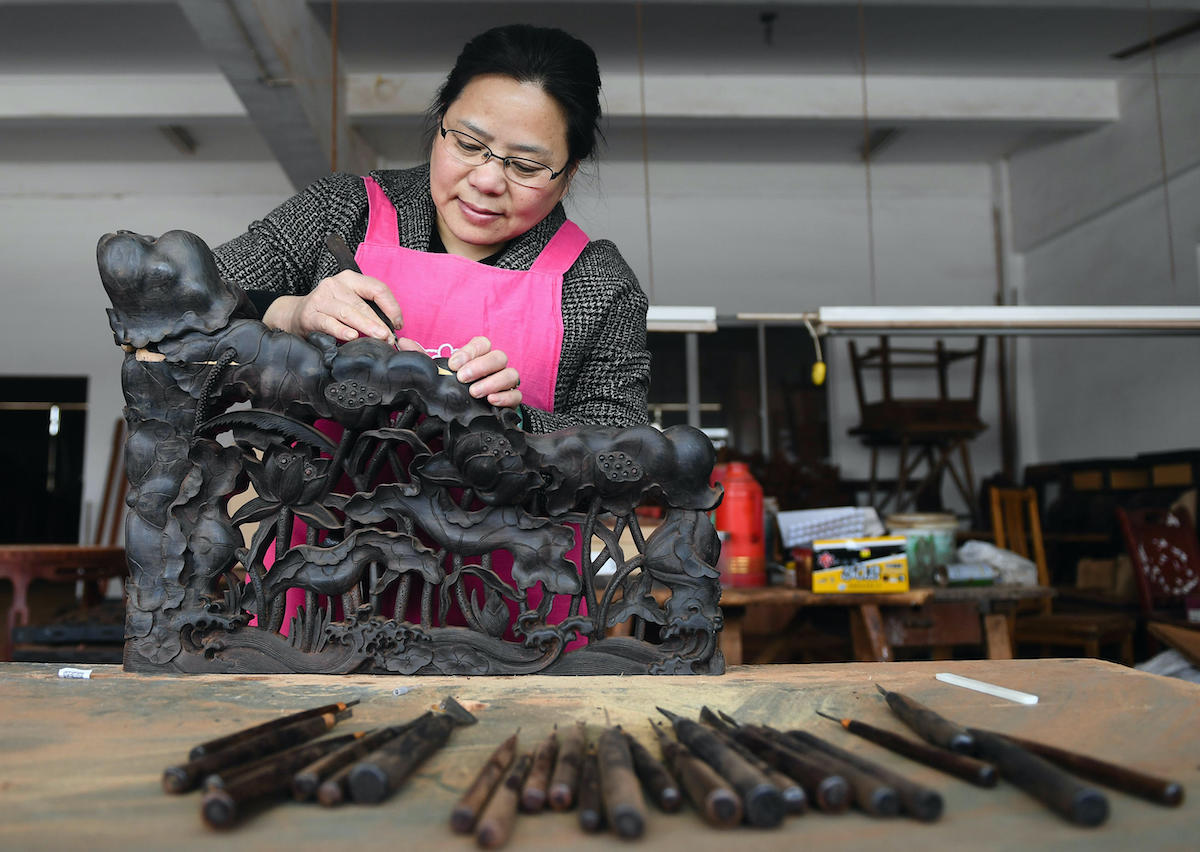 In his new book, RosewoodAnnah Lake Zhu explores the difference between the mainstream Western approach to endangered species protection, which advocates trade bans and other protections, and the Chinese approach, which favors cultivation and sustainable use.

Should conservation try to halt biodiversity decline or play a proactive role in restoring ecosystems? In other words, should it preserve the remaining individuals of endangered species or try to replenish them by breeding or replanting them on a large scale?

Drawing on her fieldwork in Madagascar and China, Zhu advocates for a deeper and more sympathetic understanding of China’s perspective on endangered species and natural resources more broadly. His book will no doubt be controversial, but it is an important and necessary contribution.

Rosewood, says hongmu in China, refers to 33 very expensive tropical hardwood species, many of which are endangered. Sought after in China for the manufacture of antique-style furniture and contemporary art, rosewood is the world’s top-selling group of endangered species by value. Between the boom years of 2005 and 2014, seizures of rosewood were worth more than those of elephant ivory, rhino horn and big cats combined, Zhu explained in a 2019 academic. article.

According to Zhu, the demand for rosewood is closely linked to the historical and cultural renaissance China is experiencing. Rosewood, Zhu writes, is a symbol of the country’s fall and rise on the world stage in the modern era. “The story of rosewood – crafted for emperors centuries ago, violently confiscated from families within living memory during the Cultural Revolution, and now selling for millions in Chinese timber markets – is all simply the history of China,” she wrote. “Its ups and downs – its original greatness, its momentary devaluation and its contemporary revitalization – reflect those of the country as a whole.”

Zhu observes that the common Western interpretation of Chinese demand for rosewood and other endangered species in terms of “exotic tastes” and “conspicuous consumption” ignores the deep cultural significance placed on the wood and products. carved from it. This, too, writes Zhu, “invariably channels Western concerns about Asia’s growing economic and geopolitical power.”

For the contemporary Chinese consumer, classically styled rosewood furniture signifies the cultural sophistication of a nation that has yet to be properly accepted by the global community – a symbolism misunderstood outside of China. It also helps explain why so many campaigns to reduce wildlife consumption, including on rosewood, are seen in China as an attack on Chinese culture.

But, while this contextualized understanding of the demand for rosewood is important, it remains true that it brings many of these slow-growing tree species closer and closer to extinction. And, according to scientists, the problem of rosewood exploitation is deeper than rare trees. For example, in West Africa, logging rosewood can dry out forests and make them vulnerable to fires and desertification. Meanwhile in Madagascar, the tall rosewoods serve as key nesting areas for endemic animals such as crested lemurs.

Zhu positions herself as a neutral observer, declaring in the introduction that her objective “is not to legitimize a trade which contributes to the decline of endangered species but rather to promote a better understanding of it”. That being said, she seems to be on board with the idea that it’s time for the world to embrace China’s position of not banning the use of rosewood, but rather embarking on a campaign to plant the wood. of pink. (Plantations exist in southern China and Madagascar, and China has also exported the model to Cambodia and Laos, she shows us.)

Zhu argues that there is a growing environmentalism in China that is distinct from the Western variety. Regarding rosewood conservation, she observes that “rather than exaggerating timber scarcity through trade restrictions and logging bans, conservation policies could be more effective by focusing on reforestation. and other sustainable forestry activities”. Zhu believes that bans on rosewood trade and exploitation should be lifted. She believes the global community should emulate China’s approach, in which establishing rosewood plantations offers an alternative to help preserve the species and meet future demand.

It is time for the world to embrace China’s position of not banning the use of rosewood, but rather embarking on a rosewood planting campaign.

The author endorses what she describes as a “participatory approach” to conservation – practiced in parts of Madagascar and Africa – which encourages the involvement of communities in forest management alongside forest administrations and organizations. non-governmental.

For Zhu, banning the rosewood trade when such demand exists actually serves to raise prices while driving the trade underground. Madagascar rosewood, she notes, “was worth next to nothing in China in the 1980s and 1990s, but was valued at $60,000 a ton in 2013.” This was the year when the ban on timber trade and trafficking was at its peak following the addition of a number of more commonly traded rosewood species to the list of those prohibited by CITES. (the Convention on International Trade in Endangered Species of Wild Fauna and Fauna). Flora).

Conservation campaigns to reduce China’s demand for endangered species are fighting an uphill battle. Instead, the solution may lie in integrating Chinese conservation approaches into the governance of rosewood plantations, Zhu writes. It also highlights the challenge by African countries to the current conservation regime. For example, she cites proposals put forward by five southern African countries at the 2019 CITES meeting to ease restrictions on trade in ivory and rhino horn. They argued that “CITES is abandoning tried and tested conservation models in favor of ideological anti-use and anti-trade models…driven largely by Western non-state actors who have no experience, responsibility or ownership over wildlife resources”.

Remarkably – and in this author’s view, somewhat troubling – Zhu’s book largely sees rosewood through the prism of its cultural and economic value at the expense of the intrinsic value of tropical trees. The author points out that “rosewood plantations are more about propagating the species for future use than preserving it naturally in the wild” and that the plantations are not intended to recreate virgin forests. But the book overlooks the fact that man-made forests don’t give trees a chance to grow beyond commercial purposes and reach their full lifespan.

Towards a “global environmentalism”?

Zhu’s book calls on the global conservation community to start thinking about how rosewood could provide us with an example not only of Chinese demand for endangered species, but also of the efforts of the countries to preserve these resources for sustainable use in the coming century. It is also a call for dialogue towards what Zhu calls a “21st century global ecologist”. This will involve a ‘decentering’ of the West and, she argues, ‘will necessarily emerge through negotiation and reconciliation of Chinese and Western approaches to the environment’, as well as approaches of African governments.

Rosewood: Endangered Species Conservation and the Rise of Global China by Annah Lake Zhu is published by Harvard University Press and available for purchase now.