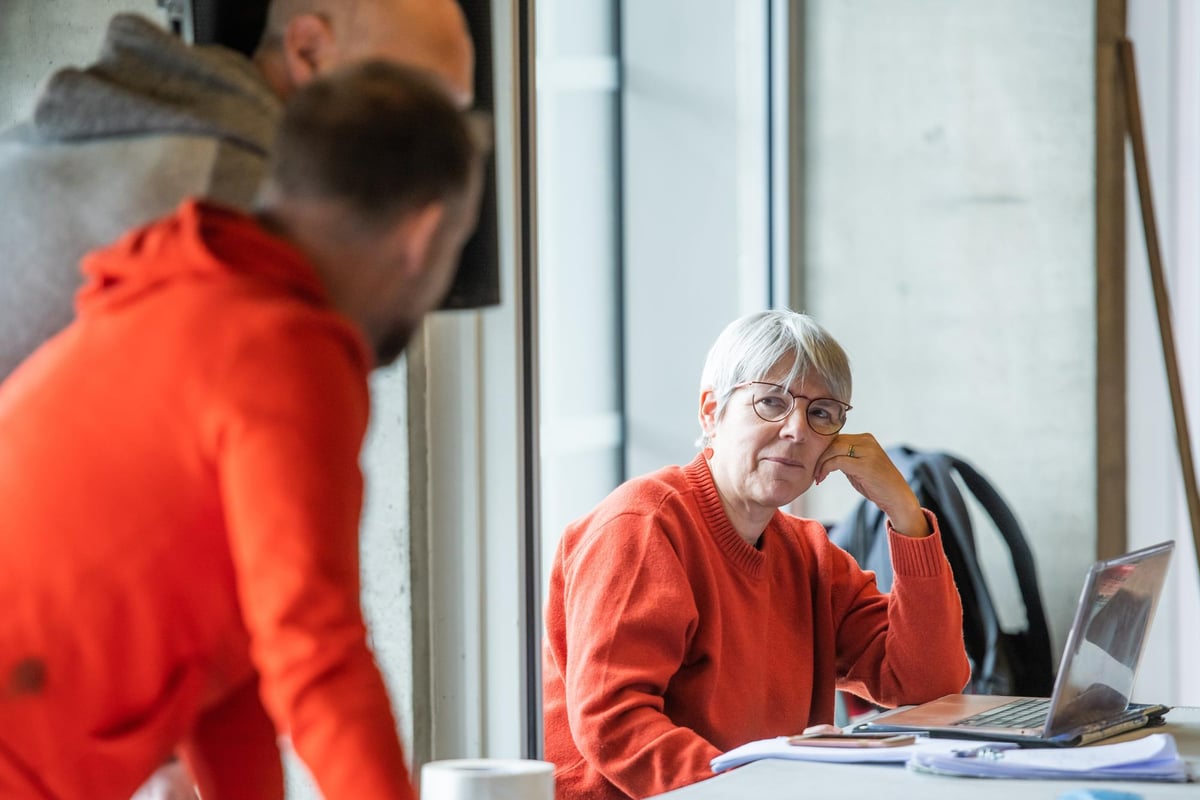 A royal procession meandering the Royal Mile, all the splendor of the monarchy on display, reverent silence or cheers as the show passes, and a few dissenters shouting abuse. It is a drama that has unfolded over the centuries, in the heart of the Scottish capital, and which suddenly reappeared at the beginning of the month, following the death of the Queen at Balmoral. And it has special meaning for playwright Rona Munro and director Laurie Sansom, as they rehearse an 11-actor cast in Munro’s new play James IV: Queen Of The Fight, which will open at the Festival Theater – just yards away. of the High Street – later this month.

For not only is James IV the last piece in Munro’s series on the Scottish Stewart dynasty; it’s also a drama that revolves around the theater and spectacle of the monarchy, and how James IV sought to use it. “Some of the action in the play would have taken place on that same street, in scenes not very different from what we have seen in recent days,” Munro explains; “and it’s so fascinating to do a piece about the great shows and shows that James created in Edinburgh at that time.”

Best known for his contemporary dramas, including Bold Girls (1990), set among the women of Belfast during the Troubles, as well as historical dramas The Maiden Stone and The Last Witch, Munro has long had ambitions to bring to the Scottish public and beyond a relatively little-known history of the Scottish state between 1400 and the Union of the Crowns in 1603. This was the age of the Jameses, the Stewart dynasty whose earlier history faded from mainstream narrative when James VI of Scotland became James I of Great Britain; and in 2014, supported by the Edinburgh International Festival, the National Theater London and the National Theater of Scotland, Munro and Laurie Sansom – then NTS Artistic Director – launched the James Plays Trilogy, an epic series of plays spanning the reigns of Jacques I, II and III, and presented by a formidable troupe of 25 actors.

The trilogy was performed to packed audiences at the Edinburgh Festival in 2014, and went on to acclaim in London and on tour in Canada and Australia. Munro, however, had even more to say about the Stewarts and their fate; and now Glasgow-based firm Raw Material is teaming up with Edinburgh’s Capital Theaters (in association with the NTS) to produce the series’ fourth installment, while the Hampstead Theater is set to stage Munro’s new chamber drama, Mary, a fiercely feminist account of the reign of James IV’s famous granddaughter, Mary Queen of Scots.

Munro had already explored a wide range of theatrical styles in the original trilogy; and in James IV it again promises something different, as it explores the vibrant cultural life of the court of James, and in particular the role played in it by a group of black and Moorish courtier-performers whose existence is noted in the archives, and in extremely racist racism. poem by the court poet William Dunbar.

“I think what we’re doing here is something like behind-the-scenes drama,” Munro says, “where you can see both the fantastical shows and the historical re-enactments that were created during the reign of James IV, and the huge political and personal dramas that happened behind the scenes.As a playwright, I’m always interested in bands whose voices we haven’t or haven’t heard enough of.

“But that doesn’t mean I’m putting black characters in a story that was historically all white. These characters absolutely existed and are listed in James’ court records; and the fact that we were brought up to think that our history was populated entirely by white people is just another aspect of racism and colonialism, and the myths they have sought to impose.

Munro’s new drama centers on the figure she calls Ellen, a Moorish woman who often played a central role in James’ spectacular shows and tournaments; hence the subtitle of the piece, Queen Of The Fight. And like her upcoming smaller-scale drama Mary – which is set to shoot in Scotland next year, after its Hampstead premiere with a cast that includes Shetland star Douglas Henshall – it puts the women’s experience center stage. , even when, as in Mary’s case, it means confronting the Queen’s horrific rape and exploitation by the man the story calls her third “husband”, the Earl of Bothwell, and her terrible public humiliation which ensues.

“I find that when you tell women, without naming names, exactly what happened to Mary in the last year before she fled to England, they are absolutely shocked by the story. It’s a measure of the extent to which the history we inherit tends to minimize violence against women; and this tendency to scapegoat women and people of the world’s majority, and to write the violence they experience outside the Story, is also a factor in Queen Of The Fight.

Laurie Sansom, now director of the Halifax-based company Northern Broadsides, returned to Scotland to direct James IV; and he and Munro agree that the events of the past few weeks have given the story a strange and timely edge.

“What never really works, though,” he adds, “is if you try to change the story to fit the play. have to be works of the imagination. But the historical setting has to be precise, otherwise the whole thing starts to lose its emotional power. That’s what we found when we were working on the trilogy; and we’re trying to find that balance now, for James IV.

James IV is at the Festival Theatre, Edinburgh, from September 30 to October 8, and on tour until November 12 in Glasgow, Dundee, Inverness, Aberdeen and Stirling, see www.capitaltheatres.com/whats-on/all-shows/james-iv-queen-of-the-fight/41#tour Mary is at the Hampstead Theater in London from October 21 to November 26 and on tour in Scotland in 2023.