Riverside is experiencing a murals renaissance. Here’s where to find them. – Sun of San Bernardino 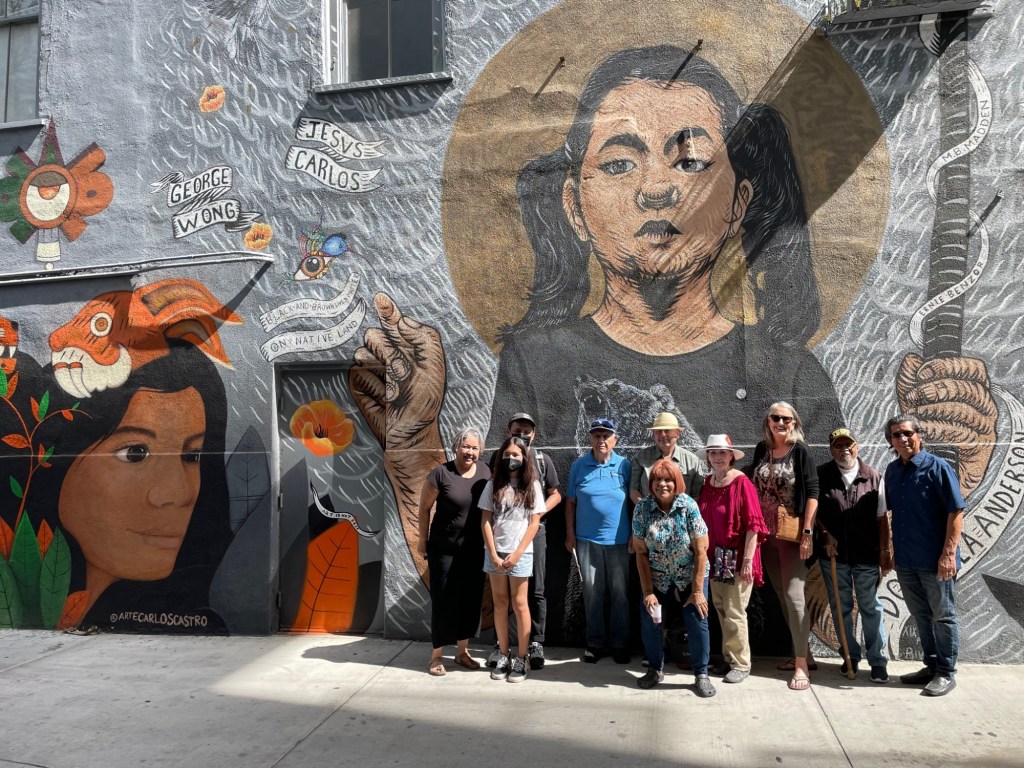 The lanes, walls and adobes of Riverside are adorned with visual stories – tales, legends and tales are depicted in vibrant imagery. The muralists express their voice in various artistic spaces. There is a revival of muralism in Riverside – like a geographical collage, they produce art everywhere: storefronts, buildings, schools, alleyways. Murals are inspiring and provocative modes of visual storytelling. Like an urban canvas, the muralists convey their community’s history, concerns and aspirations for social justice.

We moved from an inner introspection of memories and memorial writing to an outward perspective in the community to draw inspirations for writing from the abundance of spectacular murals across Riverside. Kimberly Olvera-Du Bry, an art enthusiast, collaborated on the workshops – our theme, “Storytelling via the Arts: Riverside Murals”.

As outdoor artists, we ventured into the environment to see and write stories in the murals. Powerful images emerged with messages of social justice, fairness, repression – and love, resilience, triumph and hope. These images delight the senses to inform, incite, provoke and express stories of unity, cultural pride and identity.

Writer and artist Ed Fuentes wrote that “…murals have long been a mechanism for telling the story of a place, relating political positions, and portraying the heroes of a community”. Fuentes asserted, “Visual storytelling takes up a space in mainstream art culture and a place in the larger Riverside narrative, adding other storylines.”

It posits that Chicano heritage muralism is part of our DNA heritage from the long tradition of muralism in Mexico. Casa Blanca has compelling examples like the César Chávez mural by Tony Ray – view from Casa Blanca Street. It celebrates the work and legacy of Chávez and activists who have worked for social and environmental justice.

Pável Acevedo’s book, “The Shell in the Clouds” El Capazón en las Nubes “Ma’ Conch’t do’t Nub’t” represents three languages: English, Spanish and Zapotec. He writes: “The legend of the turtle and the buzzard”, “…is derived from the Zapotec oral tradition spoken in Oaxaca. The moral of the story is self-acceptance…. inspired by Zapotec stories, in a contemporary context, shared by his grandfather to explore migration, immigration, borders and the duality that many immigrants face after leaving their homeland for a new nation.

The butterfly motif is seen in many Riverside murals, symbols of change, hope and transformation. Mariposa Alley on Ninth Street near City Hall features colorful migrating monarch butterflies — created with repurposed cans by artist and restorer Martín Sanchez. Across the aisle, a sign invites you, “Love Blooms Here” with an array of whimsical flowers and butterflies. The “How to Fly” mural was painted by Joey Koslik and Patrick Barwinski.

Muralist Juan Navarro led a mural tour of the Eastside Arthouse and El Trigo Restaurant on Park Avenue. It was painted by portrait painter Rosana Cortez with assistance from Navarro. It showcases the art of Mexican floral embroidery and the face of a beautiful Latina with a red rose in her hair, framed by strands of wheat and illuminated by a bright moon.

“Riverside Resilience” by muralist Darren Villegas adorns the back of the Box Theater on Fairmount Boulevard. The large and impressive mural praises the merits of the city in terms of art and innovation: the parent orange tree and its fruits and flowers, schools, arts and culture.

Maternal love is unlimited. A local mother’s love inspired the creation of a stunning mosaic mural. Her child endured overt racism at school. “She went to school one way and came back a little different because of that experience,” Rochelle Kanatzar said in an article for The Inland Voice. Support came from several artists and friends to create a mural inspired by Maya Angelou’s famous poem “Still I Rise”:

“You can write me in history / With your bitter and twisted lies, / You can trample me in the very dirt / But still, like dust, I will rise.”

The “Rise!” The mural can be found on Market and Ninth streets and features 32 unique portraits of African Americans who have impacted American history and illustrates that black is beautiful. We encourage visits to the Riverside Murals – please send us a note of your impressions. Remember, “Las palabras vuelan; los escritos quedan”, Spanish for “Words fly; the writings endure.

Frances Vasquez is passionate about arts and letters.