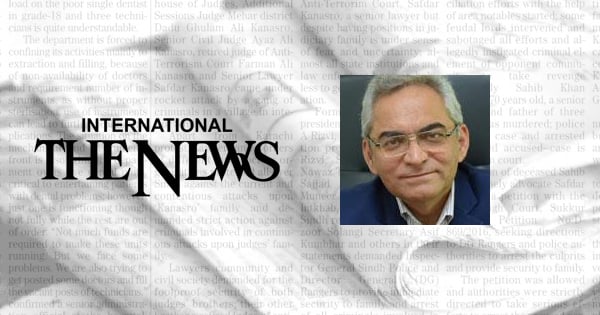 The author is a former managing partner of a major professional services firm and has done extensive work on governance in the public and private sectors.

The rise of Western Europe began with the Renaissance, a remarkable period in world history, which began in the 14th century in Italy and later spread to other countries. The Italian city-state of Florence, considered the birthplace of the Renaissance, became the hub of art, architecture and other fields of learning, frequented by wealthy business families like Medici, a family of Italian bankers.

The family ruled Florence for 60 years and owned the Medici Bank, the most profitable businesses of the time; this highlights how entrepreneurial culture elevates society. Western Europe’s fortunes began to soar when they began exploring and discovering new worlds in the 15th century when Christopher Columbus and Vasco da Gama discovered the United States and India in 1492 and 1496 respectively.

The development of shipping and maritime trade through chartered companies in the 15th and 16th centuries laid the foundation for wealth creation and settlement over the next two centuries. The most important of these was the English East India Company, formed in 1600 by charter of Queen Elizabeth I, which became the largest company in the world in the 17th and 18th centuries and created the greatest empire that the world has ever known. At its peak, it had an army of 260,000 men, twice that of the British army. This indicates the power of commercial enterprise.

From the Renaissance to the Fourth Industrial Revolution in the 21st Century, confirms that two critical factors have a massive impact on the development and progress of nations: first, the quality (knowledge and skills) of people; and secondly the quality of an entrepreneurial ecosystem. These factors are evident in almost all nations of the world, which have achieved a high level of progress and prosperity. Unfortunately, Pakistan is lagging behind in both of these areas and needs to focus on them to provide a solid foundation for socio-economic progress.

With a large portion of the population unskilled or semi-literate and poor quality higher education, it is no surprise that our country’s human resources are deeply wasted. This is the greatest obstacle to its progress, which requires a separate discussion. Nonetheless, a sizable population out of 230 million has reasonable education and capacity to help build a more vibrant entrepreneurial ecosystem than what we have, given the right initiatives and policy framework.

This article will discuss some inherent cultural traits in society that hinder our entrepreneurial ecosystem – why is business innovation and productivity low, making the country uncompetitive? In the next part of the article, I will discuss policies and governance aspects that have hindered business growth.

As noted in part one, with the exception of a few small communities that do business in most sectors of the economy, a very large portion of society does not think beyond government or other traditional jobs. . The first strategy should be to broaden this breeding ground by motivating more young people towards entrepreneurship. The second step is to develop and implement a strategy to change the mindset of society at large by addressing the following cultural attributes that seriously undermine the innovation, productivity and growth of our businesses :

Ambition and Grand Vision: An essential attribute for great achievement in any field, especially business, is largely lacking among our people, perhaps due to beliefs in destiny and a mindset tribal. People are usually complacent, content or accept the pathetic conditions they live in because they think it is their destiny.

Courage and risk taking: Only people who take risks can build businesses and succeed. As most of our society is risk averse; they would rather take government jobs or other jobs where the monthly salary is assured than venture into business and lose their capital.

Curiosity and questioning: Perhaps society’s greatest weakness is the lack of curiosity and appetite for raising questions. From an early age, children are discouraged from asking questions; the most curious are advised to be silent or to limit themselves to discreet questions. Parents, teachers, government managers and businesses discourage openness. Creativity and disruptive innovation happen when people are encouraged to raise disruptive questions.

Hierarchy: it is omnipresent, from the house, from the government to private organizations. The eldest male in the family, the CEO of a company, the Prime Minister/Chief Minister/Minister/Secretary wields all decision-making powers and cannot be questioned or challenged by subordinates. In political parties, the party leaders decide, everyone else is obedient supporters.

Promotions in government and most organizations are largely based on seniority, not ability. The judiciary is an excellent example of this, where senior judges, regardless of skill, become chief justices. This culture does not encourage reflection and innovation. The anti-hierarchical ethos is a key driver in robust societies, where young people are empowered to raise questions, to challenge existing norms leading to the discovery of new ideas, paths and approaches.

Mistakes: In most organizations, people are expected to perform routine tasks. Mistakes are a sin and penalized, so people are afraid to try new ways or approaches.

Failure is a sin: Failure in business, especially if a person or organization becomes insolvent, is considered a great stigma. If people or organizations fail, they become outcasts. For example, in all cases, when a company goes bankrupt and fails to repay its loans, even in real cases due to unexpected adverse situations such as change in government policy or adverse economic events, its sponsors and directors are placed on the defaulter list, a kind of blacklist for obtaining future loans from the banking system. In dynamic cultures, failure is considered the best teacher. Many leaders speak openly about failures to analyze what went wrong and learn from them. Great companies are built after multiple failures.

Lack of empowerment and experimentation: Another serious problem is the lack of empowerment of young people to make decisions, encouraging them to try new ideas, challenging existing norms and improvisational processes. Therefore, the culture of the status quo remains supreme. Innovation happens when we promote a culture of ideation and experimentation, out-of-the-box thinking and empowering young people to benefit from their creativity, energy and enthusiasm.

Sycophancy and submission: Both in government and in the private sector, the “boss is always right” culture – the boss’s instructions/orders must be carried out without question – reigns supreme. People don’t question past and existing practices to see if they remain appropriate in a rapidly changing world or if they need to be improved. What has been going on for decades is seen as the right path.

Collaboration and teamwork: No one, no matter how smart, can excel at everything. Many successful people continue to rely on themselves, instead of developing teams and relying on talent.

Continuous investment and search for talent: an overwhelming majority of businesses in Pakistan are family businesses. And while many of them produce brilliant minds, they resent that there are more brilliant minds beyond their family. Additionally, most organizations have traditional systematized hiring practices, only looking for credentials and routine experience, and missing outliers. As they say, “the only thing more important than your ability is your ability to recognize ability”.

No tolerance for madmen: The best description of people who cause disruptive innovation was given by George Bernard Shaw in his play “Man and Superman” in these words “The reasonable man adapts to the world: the unreasonable persists trying to adapt the world to itself. Therefore, all progress depends on the unreasonable man. Unfortunately, our society does not tolerate the “unreasonable man”.

In my humble opinion, as a society, we need to increase the number and size of companies, through a comprehensive strategy. I also think that most of the major corporate groups in the country are grossly undersized relative to their potential, due to limited vision and appetite for risk taking.

Addressing the inherent weaknesses discussed above is imperative to creating a stronger entrepreneurial ecosystem and accelerating the pace of innovation and productivity.