Qatar becomes the sporting, political and economic center of the Middle East 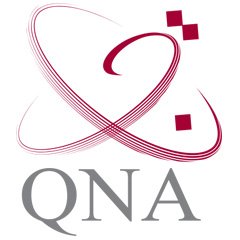 Qatar becomes the sporting, political and economic center of the Middle East

In their reports and articles, international media have praised Qatar’s preparation for the FIFA World Cup Qatar 2022, which will be held from November 20 to December 18, 2022.

Reports have described the State of Qatar as having become a sports, political and economic center in the Middle East and having achieved a great renaissance in the field of sports innovation, which qualifies it to host the most important international companies in this domain.

In this context, Radio Monte Carlo Italia, in its report, praised the unique design of the Lusail stadium, which will host the most important matches of the FIFA World Cup Qatar 2022, pointing out that what is most surprising, it is the electricity bill in this sports building that will cost very little and certainly less than our cost.

The report, titled “This is the future stadium of Qatar, where the electricity bill will be lower than our bills”, adds that the stadium, with an exceptional structure, inaugurated a month ago, was designed by the British firm Foster & Partners. with the support of MANICA Architecture and KEO International Consultants, and it will be carbon neutral thanks to the incredible photovoltaic system, in addition the electricity produced by the solar panels is not only sufficient for the needs of the stadium but also benefits the neighboring buildings .

The report mentions that the construction materials used in the stadium are environmentally friendly and that the certified high-efficiency water system is able to detect any leaks and provide 40% more fresh water compared to the traditional method, in addition to water inside the stadium. is recycled and used to irrigate plants outdoors.

Italian Radio also presented a full and accurate description of the stadium in its report, and said the stadium had a semi-circular base surrounded by a trench and connected to nearby car parks via six bridges. Its outer hull resembles the sail of a traditional Arab boat, the dhow, while its inner hull reminds us of the ancient local art of making pots, noting that the seats will be reused after removal, along with other parts to prepare public places which include shops, cafes, sports and educational facilities.

For its part, “Fikir Turu” magazine published an article by Turkish writer Serife Akinci entitled “Does Qatar score a goal at the 2022 World Cup”, in which she considered that Qatar had a golden opportunity to win the difficult challenge of the World Cup, and this is perhaps the biggest goal that Qatar will achieve for its future.

The writer said that Qatar is no stranger to hosting tournaments as the best tennis and golf players in the world frequently and regularly take part in major tournaments there, noting that this cup will be the first of its kind to allow international football (FIFA) to organize such an event in a Middle Eastern country.

The Turkish writer discussed the advantages of the FIFA World Cup Qatar 2022 over previous versions of the tournament, highlighting the most important of these advantages, namely the season in which the winter competitions will be held. for the first time, the geographical situation the location of the host country, the hotels in which the supporters will stay, the female referees and the distances between the stadiums, noting that the tourism sector in Qatar will pass a great test, while Qatar prepares to welcome 1.5 million football fans for 29 days. Qatar has been preparing for this major event for 12 years, which will be a great economic opportunity for it, she added.

She said the tournament will pave the way for Qatar to become one of the preferred countries to host more sporting events, which could enable Qatar to become a training and rehabilitation center for teams at the start of sporting seasons and a sporting, political and economic center of the Middle East, as it is possible to see the World Cup as a win-win project within the framework of Qatar Vision 2030.

The Turkish writer concluded her article by saying that Qatar has a chance to win this tough challenge with a golden goal. The World Cup is perhaps the biggest goal Qatar achieves for its future.

In an interview on France 24 television, the director of the Middle East and North Africa department of the international human rights organization EFDI, Abdel Majid Marari, (an independent organization whose mission is to defend the rights of man), claimed that the campaign against FIFA The 2022 Qatar Cup tournament only reflects an incomprehensible double standard. He felt that a boycott by some parts of the World Cup in Qatar would achieve nothing, especially since football fans don’t even notice it.

In turn, Malik Shishtawi Founder of Arab SportsTech Forum asserted in an interview with CNBC Arabia TV that Qatar’s leading position in the field of sports, which is clearly visible, whether through its high-level sports facilities such as the Aspire Academy or its giant achievements. , which resulted in winning the right to host the 2022 FIFA World Cup in Qatar.

Shishtawi added that the results of this forum will not just stop at the borders of the World Cup, but will continue beyond this tournament, especially since Qatar’s history of technological innovation in the sport is ancient and dates back to 2005, when Doha implemented a major Gulf sports program. heritage by creating a camel racing robot, therefore, Qatar’s march in the field of innovation and technological innovation in sports will continue to make Doha a major incubator for the most important companies specialized in the field sports technology.