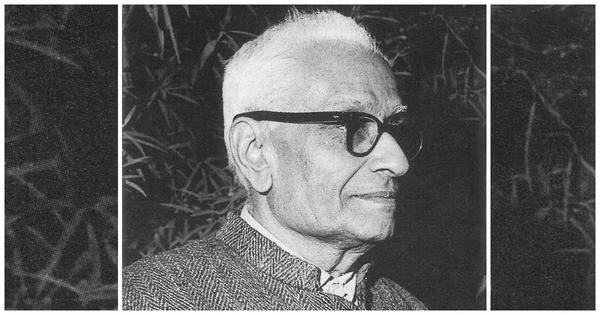 One of the most notable people I knew was K Swaminathan, a professor of literature from Madras who later became editor-in-chief of collected works of Mahatma Gandhi. Swaminathan was born in the town of Pudukkottai on December 3, 1896. When his centenary was celebrated in 1996, I wrote a biographical profile of him in The hindu (published in expanded form in my book, An anthropologist among Marxists and other essays).

Today, a quarter of a century later, I will use the occasion of his birthday to focus instead on the great editorial scholarly project that he oversaw and carried out.

After the assassination of the Mahatma, the Congressional Working Committee established a National Memorial Fund in this name. Besides promoting interfaith harmony and the constructive work programs so dear to Gandhi, he resolved to “collect, preserve and publish all his writings and teachings in various languages, and to maintain a museum where articles related to Gandhi can be kept ”.

The memorial fund, known as Gandhi Smarak Nidhi, was established in 1949. With the help of the Sabarmati Ashram, he began to collect the scattered writings of Mohandas Karamchand Gandhi in different genres, on an astonishing variety of subjects, and in English and Hindi. as well as his native Gujarati. Gandhi wrote three books, several brochures, dozens of petitions, hundreds of newspaper articles and tens of thousands of letters. He has given numerous interviews and given numerous other speeches. He even invented a genre of writing all his own; these are the “day of silence” notes that he wrote many Mondays, the day of the week that he chose not to speak at all.

In 1956, Gandhi Smarak Nidhi ruled that there was enough material to begin releasing it in book form. An advisory board has been set up for the Collected works, chaired by Morarji Desai, after the death of Vallabhbhai Patel, the prominent Gujarati-speaking congressman.

Other board members included a representative from Navajivan Press – whose cooperation was necessary as it held the copyright to Gandhi’s writings – several social workers who had been close to Gandhi, and the Mahatma’s youngest son, Devadas. , himself editor-in-chief of Hindustan times newspaper. Devadas Gandhi had been instrumental in making a documentary film on the life of the Mahatma, and would now also play a role in the preservation of his writings in perpetuity.

The first person to be appointed editor-in-chief of Collected works was Bharatan Kumarappa. Bharatan was a specialist in philosophy and religion who, after obtaining doctorates from the universities of Edinburgh and London, spent many years working with Gandhi on rural reconstruction. After the death of the Mahatma, he edited several important anthologies of his writings.

Bharatan Kumarappa was perfectly suited to the work of collating and editing Gandhi’s writings. However, after sending the first volume to the press, he died of a heart attack in June 1957. His replacement was a former freedom fighter named Jairamdas Daulatram, whose heart has never been in labor. After two unhappy years, he resigned to take a seat in the Rajya Sabha.

Daulatram’s replacement was K Swaminathan, who had come highly recommended by Vinoba Bhave, whose English edition of the Gita Swaminathan Lectures was instrumental in the publication.

When K Swaminathan moved to Delhi at the age of 63, he had a distinguished career as a professor of literature behind him. His training and orientation resembled in many ways that of the project’s first outstanding editor, Bharatan Kumarappa. Both were proud of their roots in the Tamil country, both bilingual in their mother tongue and in the language of the world’s intellectual currency, English. Both were religiously ecumenical – Bharatan a Christian who wrote a book on Ramanujacharya, and Swaminathan a Hindu who loved to read the Bible.

In retrospect, one of Swaminathan’s most relevant qualities for a mission like this was his ability to get along with people and make them work as a team. He was long-time head of the English department at Madras Presidential College and director of the Government College of Arts for five years. After retiring from his academic work, he edited the Sunday Standard newspaper where he supervised a large contingent of journalists, sub-editors, composers and proofreaders.

One of Swaminathan’s first recruits was CN Patel, also a professor of English literature but, like Gandhi himself, a native speaker of Gujarati. Although mostly based in Ahmedabad, Patel worked closely with Swaminathan and played a vital role in the project, especially translating Gandhi’s many Gujarati writings into English. He was deputy editor-in-chief of the project.

Other members of Swaminathan’s team were also deeply committed and extremely skilled. They included JP Uniyal, who had worked with Gandhi’s disciple Mirabehn in the Himalayas and, through her, had acquired a keen interest in the life and heritage of the Mahatma. Then there was the eminent poet, Bhawani Prasad Mishra, who joined as editor in charge of the Hindi translation of the Collected works.

In 1964, when nine volumes had appeared, Gandhi’s American scholar Joan Bondurant wrote on the Collected works in the Modern History Journal. The project, she said, deserved “the highest praise. In no case have the editors introduced themselves; yet they have managed to answer the repeated questions that even the most knowledgeable readers must ask themselves about the material. When it comes to verifying sources, authenticating authorship, identifying little-known people in letters, and adding valuable background documents and appendices, they have met the highest standards in the matter. of scholarship.

These standards have been scrupulously maintained in the years to come. There was, however, a slight setback during the emergency of 1975-1977, when more than 50 volumes had appeared. Prime Minister Indira Gandhi’s henchmen wanted to get rid of Swaminathan on the grounds that he was sending Gandhi’s volumes, one by one, to the chairman of his advisory board, Morarji Desai, who was in detention.

Fortunately, wiser advice prevailed and the editor remained for several years thereafter, retiring only in 1985 after the completion of the original 90-volume set of Gandhi’s chronological writings (seven more volumes were to follow. ).

Swaminathan was greatly admired by his colleagues. Gujarati writer Hasmukh Shah wrote of his editor that “he has processes in place to carry out the colossal task of editing and research. He had been quick to appreciate the limits and quirks of his team’s personality. I never heard him raise his voice or scold anyone. His life and dedication were hallmarks of another era, the age of the ancient seers, the rishis.

After six years with the Collected works, Hasmukh Shah joined Morarji Desai as personal secretary. Just as Shah was leaving, Lalitha Zackariah was recruited for the project, fresh from a Masters in English Literature. Many years later she wrote of how the “chief” (as Swaminathan was known in the Collected works office) was “the giant figure in a quiet corner, illuminating a sentence here, a footnote there, with a single comma, but eloquent where he provided it.” The KS touch was so sure, quick and catalyzing that it was as if speaking under Gandhi’s skin and mind.

I first read the Collected works, volume by volume, page by page, ten years ago. I have now started rereading them, this time paying more attention to the editorial work done on each volume. I have, as before, found a lot to admire in Gandhi’s lyrics and sometimes something that provokes and annoys me too. However, it was only during this second reading that I came to appreciate how Swaminathan and his team so skillfully put Gandhi’s words into context.

The insightful prefaces that begin each volume, the appendices to relevant documents and the timelines and indexes that end them and, most importantly, the richly illuminating footnotes that dot the pages of the main text – all of this commands respect as much as it does. admiration.

I own a complete set of the printed volumes of the Collected works. They are also now available online, best viewed on Gandhi’s largest website, the Gandhi Heritage Portal hosted at the Sabarmati Ashram. To date, several thousand books and theses have been written based on this series.

It remains a magnificent and unparalleled work of collective scholarship, of a kind still rare in India, and even rarer when carried out under the auspices of the Government of India. Unborn scholars, and many nationalities other than Indian, have reason to be grateful to K Swaminathan and his team of superbly trained writers and translators.

This article first appeared in The Telegraph.