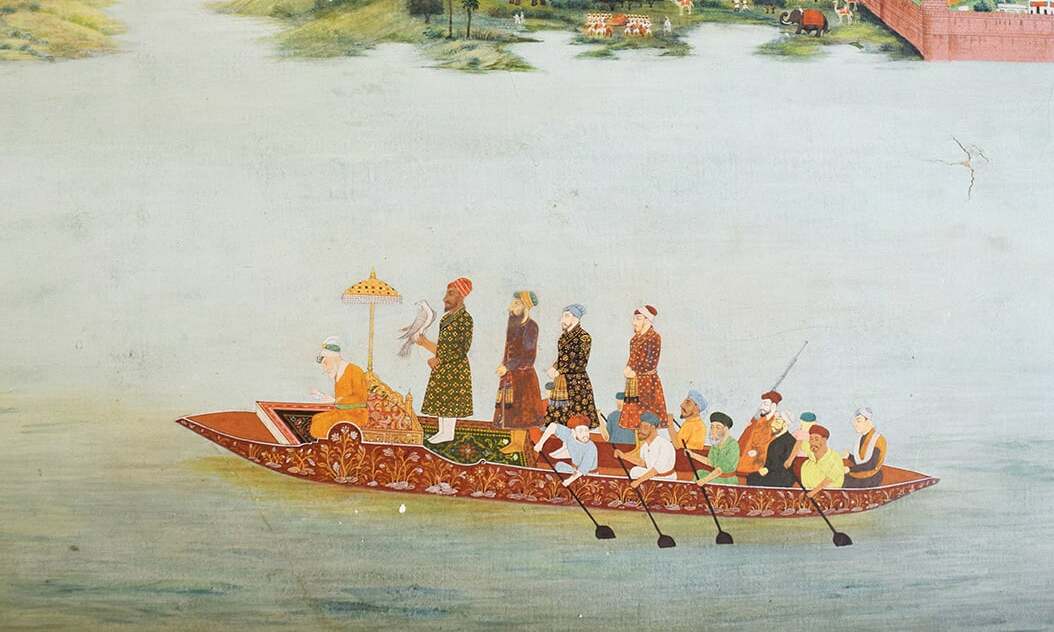 “The wealth of artistic treasures left by the Mughals is an enduring testimony to the splendor of their culture. Among the most remarkable remains of their art are the lush miniature paintings of imperial Mughal life,” writes Andrew Topsfield, in his book Paintings of Mughal India.

Topsfield is Senior Curator in the Department of Oriental Art at the Ashmolean Museum, Oxford and a Fellow of its Oriental Institute.

Between the 16th and 18th centuries, Mughal emperors presided over a flourishing cultural renaissance, and art from this period vividly depicts the splendor of the empire. Mughal paintings have been studied, preserved and made available to the public due to their enormous value as an educational resource.

The Mughal Empire may be long gone, but miniature paintings from this era provide a true testament to the social and cultural life of the time, as the manuscripts in the National Museum of Karachi show.

Many Mughal miniatures, no larger than a few square centimeters, were mainly used to illustrate illuminated manuscripts and art books, using gold, silver and bright colors prepared from semi-precious stones such as coral, ruby, cinnabar, garnet and lapis lazuli.

The miniatures depict powerful dramas, detailed incidents, and majestic happenings in the lives of the emperors, while the emperors maintain formal, stiff profiles that give them the look of someone standing aloof from the world.

Keen on the elements of nature, the artists remarkably combine the sky, the leaves, the flowers, the scenes of the river and the forest on the horizon. The frames around the paintings were designed with intricate floral and leafy designs.

We can read volumes about the great emperor Aurangzeb Alamgir, but his 18th century miniature gives specific insight into his character as he sits reciting the Holy Quran in an ornate boat. His courtiers are present and rowers row, while vigilant infantry, cavalry of horses, camels and war elephants outside the thick-walled fort, against the blue sky and river, provide a backdrop background to this magnum opus by an unknown artist.

A specialist in South Asian art, Roda Ahluwalia’s recent book, Reflections on Mughal Art and Culture, has enhanced our understanding of Mughal art. According to his research, the Mughals borrowed art from the Ottomans and Persians from the mid-16th century, when the Mughal Empire was founded by Emperor Babur. The Mughals also enthusiastically absorbed Indian elements into their Persian Turco-Mongol paintings.

At times, the compositions seem to be balanced with the photographic technique of the “rule of thirds” and the “rule of space”, and seem almost realistic. The artists had a deep sensibility for shades and curves to enliven their imagery. This can be seen in the 19th century painting of Emperor Jahangir, where accurate accounts of evenly scattered gold zari patterns decorate the emperor’s robes. The floral pattern used is similar to modern Banarasi designs.

This design is also depicted in other portraits. Interestingly, Jahangir’s ruling period (1605-1627) is inscribed in Hindi on this chart. It is obvious that Jahangir cannot set his own rule in a later period painting and did not commission the work. Although Hindi was practiced by Akbar’s legal adviser, Birbal, it is speculated that Hindi script may have been used by a former curator as an identifying mark.

Mughal miniature paintings tell a story. These were embedded between the texts of the books as illustrations. Sometimes these paintings were used in Moraqqa or in albums containing miniature paintings and Islamic calligraphy. These paintings, most of which are court art, may have been the product of more than one hand. The Mughals used to commission work from the court artists who designed the composition and chose the colors, while the trainee artists did the detailed work using fine brushes.

The 18th-century full-length portrait of a poised, confident young woman holding a flower in her right hand suggests how important it was for the Mughals to represent women’s authority in the royal court. Likewise, the depiction of wine scenes in courtyards and picnic times reflect the culture of the Mughal era era. Although drinking wine was forbidden by Islam, this culture spread so widely that it became an integral part of the Mughal court. Paintings of princes and youths were depicted with cups of wine.

According to a 1994 research published in the Quarterly Review of Historical Studies Volume 34, during Mughal rule, not only art but commerce was also at its zenith in India. Mughal rulers used light and delicate Dhaka muslin as their fabric of choice, a product of industrial excellence. A painting dated 1803-1829 CE shows Nawab Sikandar Jah Bahadur Asif Jah-III, (Nizam of Hyderabad, India, who reigned 1803-1829) wearing a white diaphanous jaama made of the most expensive muslin of that period.

The Mughals may have lost the throne, but their legacy lives on. Their aesthetic sensibility and refined taste for art and culture are still strong in the subcontinent today.

The author is a freelance journalist who can be reached at [email protected].