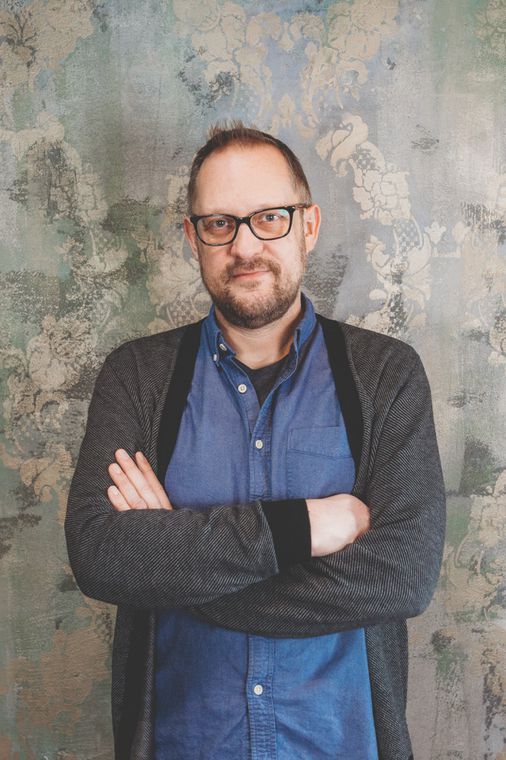 SWANSON: “Ripley Under Ground” by Patricia Highsmith, which is the second in her “Ripley” series and the only one of the five that I have not read. I love Highsmith. I don’t think anyone is exploiting that gray area of ​​moral lines that people will cross as well as she does.

BOOKS: What other writer do you like who digs into this gray area?

SWANSON: I love Ruth Rendell, who has written 70 or 80 books. I keep coming back to her books because she’s so good with ordinary people who commit crimes. Whenever I don’t know what to read, I grab a Rendell.

Get the Big Task

Your guide to staying entertained, from live shows and outdoor entertainment to what’s new in museums, movies, TV, books, restaurants and more.

BOOKS: What is the last crime writer you read for the first time?

SWANSON: I have just read a great book, “The Plot” by Jean Hanff Korelitz. It’s a book about plagiarism. She is married to Paul Muldoon, a poet whom I like.

BOOKS: What other poets do you read?

SWANSON: I come back to the poets I loved, like Philip Larkin and Sylvia Plath. Sometimes I meet someone new. I just discovered Louis MacNeice, an Irish poet from the 1930s who was a contemporary of Auden. MacNeice wrote a book-length poem called “Autumn Journal,” which is beautiful. It’s set in the late 1930s. He walks through the English countryside thinking about the fate that Europe faces with the coming war.

BOOKS: Do you have a favorite literary detective?

SWANSON: The ones I loved growing up, like Robert Parker’s Spenser books. I like Agatha Christie’s Hercule Poirot, but I prefer Miss Marple. I love this current series from English writer Anthony Horowitz, where he puts himself in the book. He laughs enough at himself. He’s my favorite contemporary crime writer.

BOOKS: Do you read the true crime?

SWANSON: My wife loves it but I have no interest in it, which is strange. I may be more bothered by true crime. I prefer my imagined crime. The last nonfiction book I read was a biography of Barbara Pym by Paula Byrne, “The Adventures of Miss Barbara Pym.” She was an English novelist who wrote some of the funniest 20th-century Jane Austen-style books about women’s lives. They shouldn’t be great because they’re celibates and vicars, but they are.

BOOKS: What was the last horror book you read?

SWANSON: “Slade House” by David Mitchell, who wrote “The Bone Clocks” and “Cloud Atlas”. “Slade House” is one of the best things I’ve read in years. It is written in five parts and speaks of a house. Different people move into this house, and then bad things happen.

BOOKS: Have you ever put down a book because it was too scary or horrible?

SWANSON: I left Bret Easton Ellis’ “American Psycho” years ago when it first came out, and I was working at a bookstore. I found this book horribly redundant. It was boring.

BOOKS: In which bookstore did you work?

SWANSON: I worked at Wordsworth in Harvard Square in the 90s. It gave me incredible access to all the new books. We were allowed to borrow them on a sort of lending library principle. I became the mystery expert there in that store. It was a great post-graduate job, except for the pay.

BOOKS: How did you start reading mysteries?

SWANSON: I started reading young adult books and picking up everything we had at home. My mother had “Coma” by Robin Cook, which I read when I was 10. It terrified me but it was such a great read. There are two types of readers. There are those who read something that scares them and never pick up a book like that again. And there are people like me who want that awful feeling over and over again.