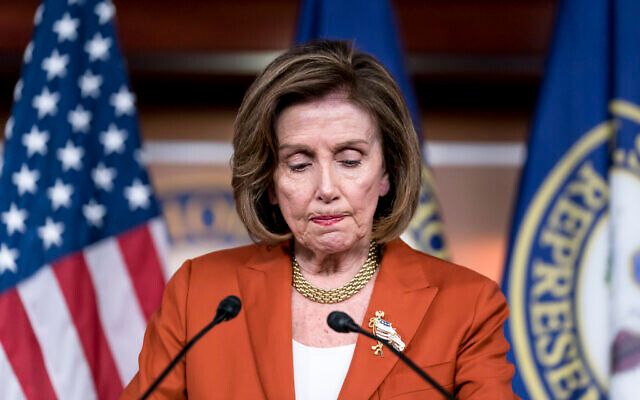 ‘I will not be silent. Because my country has changed its face

House Speaker Nancy Pelosi said Friday that a violent attack on her husband highlighted the “fear” felt by election officials and other Americans in the tense political climate ahead of the midterm elections. of the next week.

Pelosi made the comments in a video posted to her Facebook page, a day after her husband Paul was released from hospital following an attack in which a man broke into the house. couple’s wife and hit him over the head with a hammer.

She recited an excerpt from a poem by Israeli poet Ehud Manor that she read on several dramatic occasions, including in the aftermath of the January 6 uprising and the Supreme Court’s decision to overturn a landmark ruling decriminalizing the abortion across the country.

“I have no other country. Though my earth burns, my veins, my soul with aching body and hungry heart, here is my home,” she read. “I will not be silent. Because my country has changed its face. I will not abandon it.

The man accused of the attack, David DePape, 42, allegedly intended to tie up Pelosi and break her kneecaps, but only found her 82-year-old husband.

DePape has a long history of amplifying and promoting anti-Jewish and other conspiracy theories.

“It made me realize the fear that some people have about what’s going on, election officials and stuff,” Pelosi said.

“The message is clear, there are reasons to be concerned. But we can’t be afraid, we have to be brave,” Pelosi said.

In her video, Pelosi said “it’s going to be a long time,” but her husband “will be fine.”