ON THE BOOKS: Did a man write the Ferrante books? 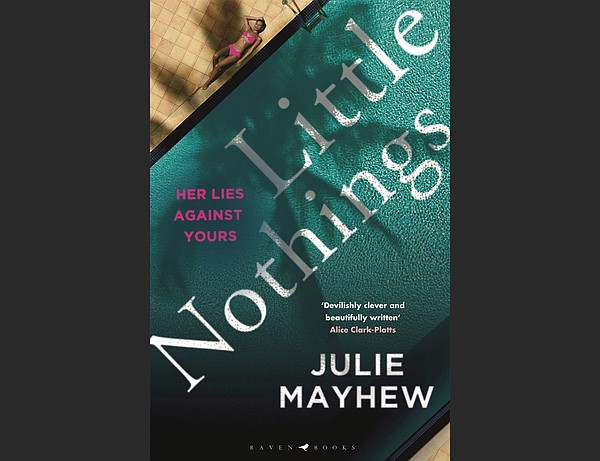 “Relationships between women don’t have solid rules like those between men.” — Elena Ferrante at Vogue magazine in 2014

Nobody knows who Elena Ferrante really is – the identity of the author is a secret.

Normally, when I hear something like that, my reaction is silent. I understand why a writer might not want to become a celebrity, but also suspect that someone is engaged in image making. You can make a mark by being reclusive and mysterious; while I suppose artists have the right to market themselves however they see fit – and understand that sometimes image is art – I don’t feel compelled to care much about these fun games.

But you may remember that a few years ago it was rumored that Ferrante, author of bestsellers ‘My Brilliant Friend’ and ‘The Lost Daughter’, was actually a man who chose to write in as a woman. This vaguely misogynistic school of thought took a hit in 2016 when an Italian journalist named Claudio Gatti alleged that Ferrante was Anita Raja, a woman who works to translate German books into Italian.

Gatti came to this conclusion through good old-fashioned journalistic endeavours; an anonymous source provided him with financial documents showing that Raja had received payments from Ferrante’s publisher in accordance with the performance of Ferrante’s novels. He followed the money.

Then in 2018, Ferrante scholars – they apparently exist – alleged that they had, through stylometric analysis, determined that Ferrante’s novels were in fact written by the prolific Italian novelist Domenico Starnone.

Stylometry is the statistical analysis of a writer’s style via quantifiable factors, such as sentence length, vocabulary diversity, frequency of word usage, etc. I read an article from the Massachusetts Institute of Technology on the limitations of stylometric analysis and learned that while it can be very accurate in determining provenance, most experts consider it inconclusive unless it is not supported by other evidence.

Well, Starnone is married to Raja, who had an independent relationship with the small publishing house Edizioni E/O, which published Ferrante’s books from the start. Starnone has also collaborated with E/O on a few non-fiction projects, while her fiction has been published by major Italian publishing house Feltrinelli.

There has been some push back on the idea that Starnone = Ferrante. Some Ferrante fans can’t believe a man can write with such sensitivity about female friendship. Others feel “cheated” that Ferrante has been “exposed” as a man. Alternative theories have been offered: Perhaps Raja is the writer of the family and the author of these novels published under the name Starnone.

By way of full disclosure, I’m a little skeptical to Ferrante. I’ve never read “My Brilliant Friend” or its three sequels that make up Ferrante’s “Neapolitan Quartet,” though I enjoyed the soapy HBO series that was made of it. I read “The Lost Girl”. I think Maggie Gyllenhaal did an amazing job adapting the book to the screen, and her movie is better – more subtle, more evocative – than the book, which was just okay. But I was reading the English translation of the novel, not the original Italian.

The most persuasive article I’ve seen on the matter was Elisa Sotgiu’s essay “Did Italian Academics Understand the Identity of Elena Ferrante?” published on the Lit Hub website in 2021. The gist of the TLDR story (too long; didn’t read) is that while Sotgiu admits she doesn’t want Starnone to have written the Ferrante books ( “my first impulse was to push this information aside, not talk about it, and not think about it too much either”, she writes), she concludes that it is highly likely that Starnone wrote the books, perhaps in collaboration with Raja.

And that she was okay with it — because “Elena Ferrante is always a pleasure to read.”

A writer must be able to write in any voice he can imagine. Is anyone seriously going to claim that Tolstoy and Flaubert couldn’t write believable female characters?

But just because you have permission to try something doesn’t mean you’re going to do it well. In his essay, Sotgiu perceptively notes that Starnone’s style and concerns do not change whether he writes as Ferrante or under his own name – his female characters are much the same as his male characters. Maybe that’s the thing. Just explore human occupations and obsessions and change pronouns if needed.

I thought of this while reading Julie Mayhew’s novel about toxic female friendship, “Little Nothings” (Bloomsbury, $26). It really is a classy, ​​summer kind of book, more of a black comedy than a full-on horror show about an insecure young wife and mother, Liv, who bonds with two other young moms in the same situation, Beth and Binnie.

Soon they are joined by the wealthy and ambitious Ange, who takes the lead of the group, leading them on alcoholic and consumerist adventures, pushing the limits of Liv’s economic bandwidth.

When Ange suggests the four couples and their children go to an exclusive resort in Corfu for three weeks, Liv is unable to decline the invitation, despite financial pressure and a little passive-aggressive sting from Ange (which obviously has sniffed out Liv’s deep feelings of social insecurity).

Mayhew, who has acted, directed and worked in radio, gives the book a palpable tension that reminds me of the lavish HBO series (based on Liane Moriarty’s best-selling “Big Little Lies”) and the novel “The Group” by Mary McCarthy in 1963, which chronicled the post-college life of a clique of Vassar girls in the 1930s. socio-economic realities as well as his lucid critique of the complexity and dynamics that exist between, well, human beings.

It’s a thoroughly enjoyable novel that shouldn’t be ghettoized like a beach book – and certainly not quite as posh.