On condolence cards, Warren Zevon and my beloved 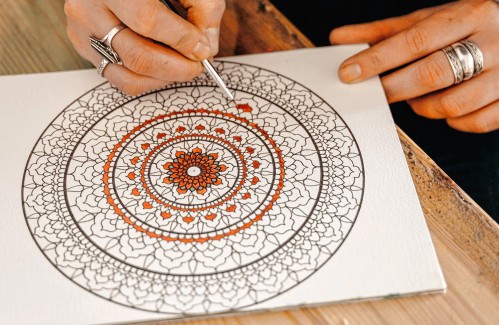 If I ever got a job writing condolence cards, I’d probably be fired on the spot.

The truth is, I think the fewer pre-printed words the better. My mom avoided all store-bought condolence cards because she found them tacky. She sent all her condolences on plain ivory-colored Crane note cards, writing personal notes to comfort the bereaved.

When I lost my husband, Fred, I relished the handwritten messages people wrote to me. But store-bought greetings were a different story.

At first, the words about the cherished memories of my beloved seemed innocuous. Soon after, however, they started to get on my nerves.

No question that I want to live on my memories! I couldn’t imagine anything more depressing than living in the past.

Do not mistake yourself. I adored my brilliant and energetic Renaissance husband. He was the most lively person I have ever met. But I have always been oriented towards the future.

Rocker Warren Zevon helped me find ways to move forward. Faced with an incurable form of lung cancer in 2003, he brought together a group of talented musicians, including Bruce Springsteen, Bonnie Raitt and Jackson Browne, to produce his latest album, “The Wind”.

“Keep Me in Your Heart” is one of those unforgettable songs that sounds like a pure mind unfettered by all the non-essentials of life. Usually slow songs get me going, but not this one. The phrase about being attached to you like the buttons on your blouse grabs me every time.

Fred and I loved Warren Zevon’s quick wit and vivid imagination. He was the Jack Keroac of singer-songwriters, a storyteller whose flame shone brighter than most.

Before Fred got sick, he worked from home and, in between stories, sometimes surfed the web. One day, he shouted at me: “You must see this!”

I rushed upstairs and looked over Fred’s shoulder. He called out a music video of Bruce Springsteen and Warren Zevon playing “Disorder in the House.”

Fred’s smile spread to the west coast. “They are having so much fun!” he said.

I saw it too: the look of pure joy on the faces of Zevon and Springsteen.

A few years later, Fred was diagnosed with frontotemporal dementia. Early in the illness, an assistant shocked us by asking Fred if he wanted to color. How could anyone ask such a question of a grown man whose intellect had soared into the stratosphere?

However, as the disease progressed, coloring became one of our favorite activities and I came across a book of mandalas. Something about the symmetry of these geometric designs tickled my imagination.

Research geek that I am, I googled “mandalas” and found that they are an art form advocated by both Buddhists and Hindus. Fred studied Eastern religions at university and immersed himself in Buddhist thought.

Ah! Maybe if I ever drew my own line of condolence cards, I could put beautiful mandalas on the cover. Perhaps, in the middle of the image, I could use an inspired quote from “Keep Me in Your Heart” by Warren Zevon. Shortened a bit and with a collective pronoun for the expansion, it would become “In our hearts”.

Maybe Buddhism could offer me a way to carry Fred’s spirit into the future. Our daughter Amanda read her a Buddhist prayer at the end of her life that seemed to calm her breathing. Fred also seemed to respond to me by talking about always keeping him in mind with anything involving children.

So I did a little research on Buddhist sympathy cards and found that feelings like being reunited with a loved one in heaven don’t match an eastern belief in the endless cycle of life and death. . Good deeds, on the other hand, endure. Because Fred put so much positive karma into the world, I was thrilled to find a quote about how neither fire nor wind nor birth nor death can erase our good deeds.

Maybe if I ever make my own line of sympathy cards, I could modify a quote about good deeds for the inside. I would pair my new product with a line of everyday greeting cards with another inspiration from Warren Zevon.

During Zevon’s last Letterman Show appearance, Dave asked him if his situation gave him any new ideas.

This memorable line became the title of a Warren Zevon tribute album. Enjoy every sandwich. These simple yet profound tips. Tonight, I’m making myself a smoked turkey pesto wrap in honor of Fred.

Joan Axelrod-Contrada is a writer living in Florence. She writes a monthly column for the Gazette, Only Human, which appears the second Friday of the month. You. can reach her at [email protected]