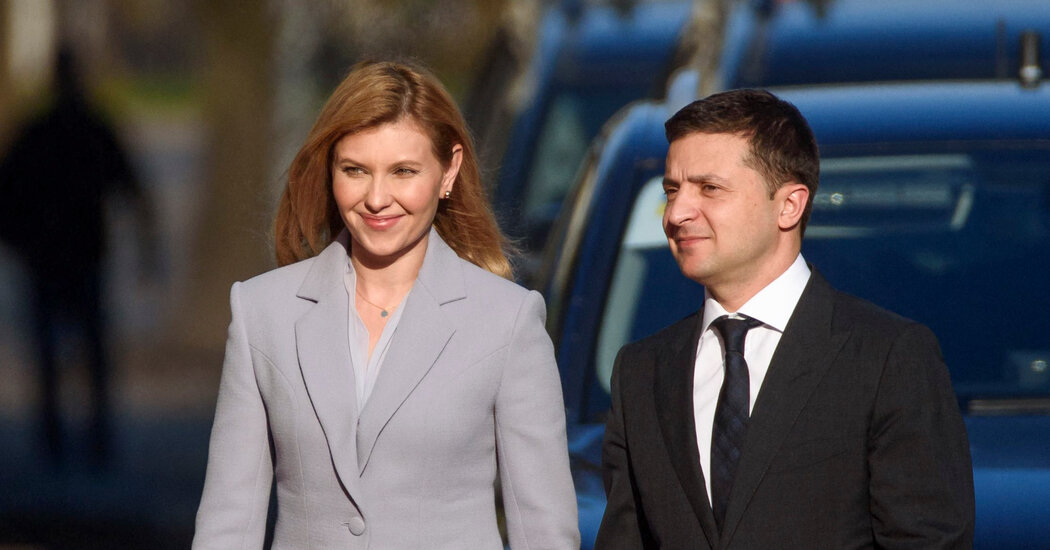 LVIV, Ukraine — While her husband has become a global symbol of leadership in the face of the Russian invasion, Ukraine’s first lady, Olena Zelenska, has taken on a less public role. But on Tuesday night she emerged into the media spotlight, sending an open letter which she said was her “testimony” from Ukraine.

“What happened just over a week ago was impossible to believe. Our country was peaceful; our cities, towns and villages were full of life,” she wrote. But now the Russian military forces were engaged in the “mass murder of civilians”.

Since Volodymyr Zelensky’s landslide election victory in 2019 – a bid the comedian-turned-politician did not consult his wife for – Ms Zelenska, 44, has focused on issues of women’s empowerment, literacy and culture in Ukraine. The war forced her into a new position, using her platform to raise awareness of crimes against children and the elderly, and reaching beyond her country’s borders to call for help.

“The war in Ukraine is not a war ‘somewhere over there’,” she wrote in her letter to international media. “It’s a war in Europe, near the borders of the EU. Ukraine stops the force that may aggressively enter your cities tomorrow under the guise of rescuing civilians.

She echoed her husband’s calls for an international military force to help protect Ukrainian skies by establishing a no-fly zone – an idea NATO fears could drag the West into a wider war with the Russia.

“Close the skies and we will handle the war on the ground ourselves,” she said.

Ms Zelenska, who met her husband while they were studying at different universities in their hometown, the industrial city of Kryvyi Rih, was a screenwriter at Kvartal 95, the production company her husband founded. Her move from comedian to president thrust her into a new life — and a new danger.

In a speech delivered just days after the first Russian missiles fell on Ukraine’s capital Kyiv, Zelensky said he knew he was the first target of assassination if there was an occupation. His wife and children, Oleksandra, 17, and Kyrylo, 9, he said, were “the No. 2 target.”

Their location was kept secret for security reasons, but Mr Zelensky said they remained in Ukraine.

On her social media profiles, Ms Zelenska shared photographs of children with cancer, some of whom are currently being treated in hospital basements, and told the stories of children who were killed during the war.

“Our wives and children are now living in bomb shelters and basements,” she wrote in her letter. “The first newborn of the war saw the concrete ceiling of the basement, their first breath was the acrid basement air, and they were greeted by a trapped and terrorized community. At this point, he there are dozens of children who have never known peace in their lives.