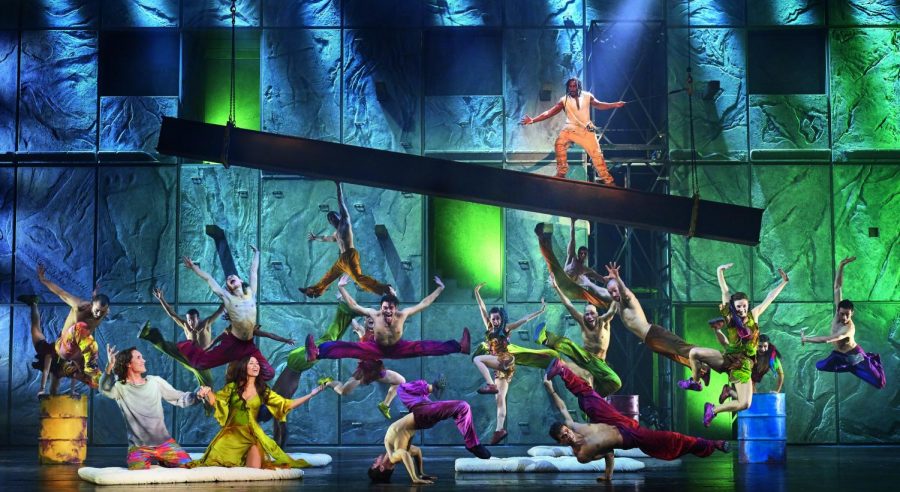 Lincoln Center, one block from the Fordham campus in Manhattan, is synonymous with premier productions from a variety of artistic traditions. “Notre Dame de Paris” rightly takes its place among the incredible performances that adorn this historic square.

“Notre Dame of Paris“, commonly translated as “The Hunchback of Notre-Dame”, is a sung pop-rock musical comedy based on the eponymous novel by Victor Hugo.

The story follows Quasimodo (Angelo Del Vecchio), who has a big heart but suffers from several physical deformities, and his attempts to win the love of Esmeralda (Hiba Tawaji), the charming bohemian migrant. Esmeralda, meanwhile, is in love with cavalry captain Phoebus (Yvan Pedneault), who often hunts migrants seeking refuge in Paris and is already engaged to another woman, Fleur-de-Lys (Emma Lépine).

Crowds outside the David H. Koch Theater at Lincoln Center on Sunday night witnessed the enduring popularity of adaptations of Victor Hugo’s classic – especially this version, which holds a guinness world record for most successful music production after selling over one million tickets and three million albums in its first year. Since its inception in 1998, “Notre Dame de Paris” has captivated audiences in 23 countries across Europe, North America, the Middle East and Asia.

One of the most significant numbers is when Phoebus tried to choose between his desire for Esmeralda and his duty to Fleur-de-Lys, his fiancée, in “Torn”.

The queue to collect tickets at the box office inside the theater stretched so long that guards monitoring metal detectors at the gates had to periodically interrupt new entries to give people in the theater atrium l space needed to move around. At 7 p.m., an older woman with a xylophone moved serenely through the crowd, tapping out pleasant tones – the five-minute warning before the show started.

Settling into my seat, I inspected the two columns of stacked pallets and the large faux stone upper wall from floor to curtain at the back of the stage. At 7:05 p.m., the public chatter quickly died down as the lights dimmed and Gringoire took the stage to set the scene. As he described the changes taking place in 1400s Paris, dancers descended the giant wall and moved giant stone pillars with gargoyles on them around the stage, resulting in a performance worthy of a Lincoln Center stage. .

The protagonists were phenomenal singers – embodying without abandon the intense and often moving feelings of their songs. Although the musical was entirely in French (with English surtitles provided on screens at the sides of the stage), it was not difficult to follow the story simply by listening to the emotions displayed on the actors’ faces. The understanding of history was also expressed through the dancers who acted out the singers’ internal struggles.

One of the numbers that stood out the most was when Phoebus tried to choose between his desire for Esmeralda and his duty to Fleur-de-Lys, his fiancée, in “Torn up.” The song itself is powerful, from the feverish opening notes to the orchestral climax near the end, but it’s the lone dancers who are periodically lit up that really make the story shine. Appearing like ghosts – or inner demons – behind a translucent screen and illuminated by pale white light, the frantic, scantily clad dancers twist and swirl to the anguished chant of Phoebus.

Although the impeccable blocking of “Déchiré” struck me, the dancers were often used to embody the stories told by the singers.

During Esmeralda’s “Bohemian,” several female dancers took on different parts of her story, swirling around her as she sang about her love for her bohemian roots and lifestyle. Many song choruses were kept simple, allowing the story to come less from the words themselves and more from the body language of the dancers and the emotions of the singers.

“ The Bells” by Quasimodo.

While the vast majority of the show’s tunes were beautiful ballads, several fast-paced ensemble numbers broke through at crucial moments to drive the story forward and remind viewers of the powerful theme at the show’s heart: do not fear change, especially the change brought about by the influx of newcomers.

It was during these songs that the director (Gilles Maheu), choreographer (Martine Müller) and set designer (Christian Rätz) worked in perfect harmony to utilize the many talents of the 30-person cast. In large numbers, acrobats freely scaled the wall at the back of the stage and struck daring poses while breakers turned on the apron, graceful dancers weaving around them. The overall effect was jaw-dropping, and I often found myself clutching the arm of my seat – especially when the acrobats replaced the clappers on Quasimodo’s bells, using their bodies to swing the oversized bells to the sad performance. of Quasimodo of “The bells.”

My favorite ensemble numbers, however, were those that pitted the guards against the group of migrants, led by the fiery Clopin (Jay). In one of the vicious confrontations between the self-righteous, xenophobic Parisians and the plucky, ragtag squad of undocumented migrants (Esmeralda among them), the guards swung rolling barricades around the migrants, only for them to gracefully dodge and impede the guards. advance.

In another issue,condemnedwhere Calvary attempts to force undocumented immigrants into a cell, the fight was so beautifully choreographed it resembled a ballroom dance, with migrants falling into the arms of guards before being thrown through the stage or dodging kicks.

“Notre Dame de Paris”, although sharing a language and a love of rebellion with the infamous “Les Miserables”, ultimately ends on a sadder note, succumbing more to the misfortunes of love than to the hope of a fairer future. But it’s a story told with unparalleled intensity and precision, a power couple that swept away all my expectations and left me to check next week’s schedules. “Notre Dame de Paris” is not a sight you will regret seeing.