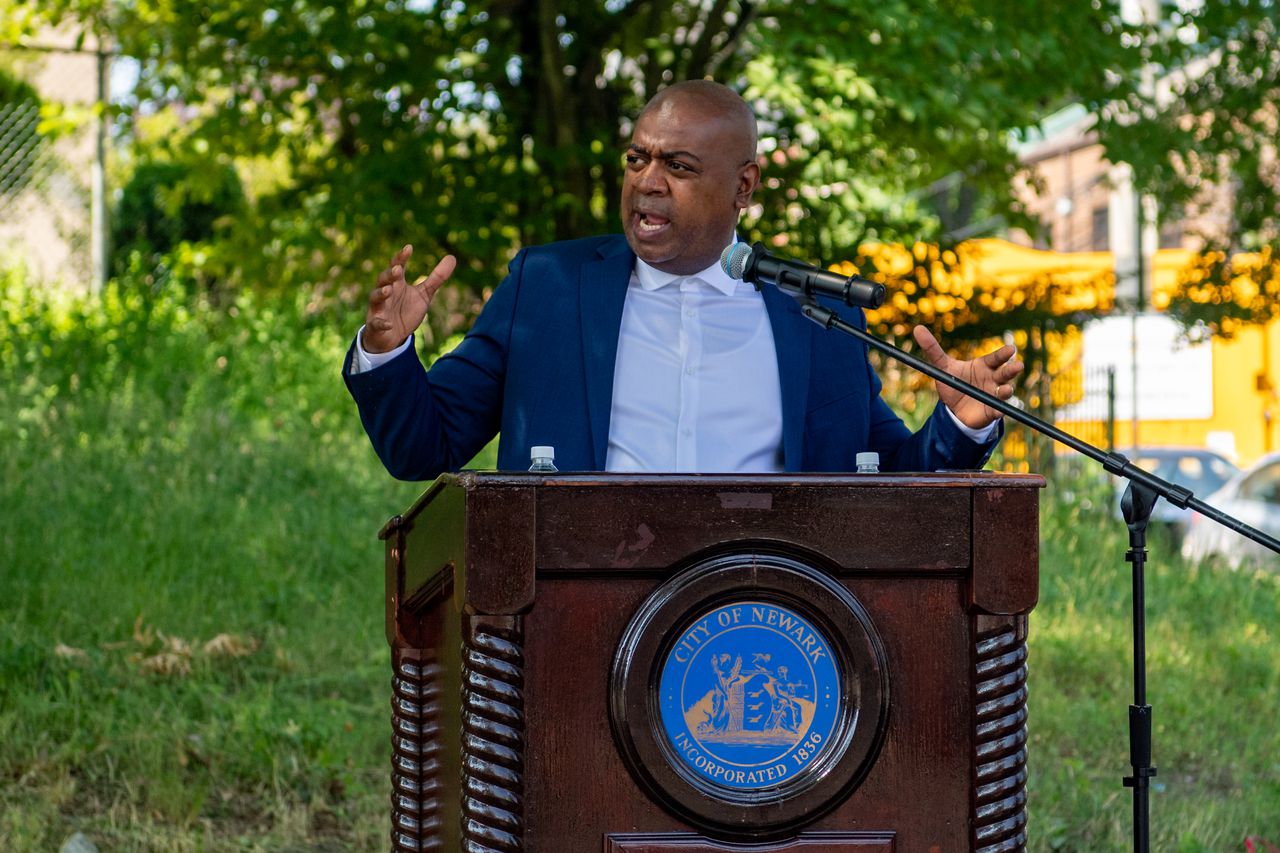 Newark Mayor Ras Baraka, a Brick City native, published poet and son of a poet, has written and narrated an audible memoir to be released next month by Audible Inc, one of the city’s best-known companies.

The Book of Barakaavailable February 24, will chronicle the 51-year-old life of the spoken word recording artist, former high school principal and, since 2014, mayor of New Jersey’s largest city, its publisher announced Thursday.

Baraka said in the announcement that he was “both humbled and grateful to have the opportunity to share my stories of growing up in Newark, of being shaped by art and politics in a family that has constantly challenged tradition, the world and itself”.

The mayor is the son of poet Amiri Baraka and his wife and activist Amini Baraka, central figures in literary and political circles in Newark and early supporters of Kenneth A. Gibsonwho was elected Newark’s first black mayor in 1970.

“This is me talking about navigating spaces and trying to transform them at the same time,” he added. “In a sense, it’s a regular story of coming of age as a Black Boy in one of the American cities pushed around the world. But then again, it’s about coming of age as the son of Amiri and of Amina Baraka who built one of the largest cultural nationalist organizations in this country, helped organize one of the largest black political conventions in this country and created the force that led to the election of Ken Gibson .

“It shows how their personal and political changes have affected me, but more importantly it’s about how this music and song was given to me and how I found my own voice trying to to sing.”

Baraka collaborated on the book with Jelani Cobb, a staff writer at the new yorker, author and professor at the Columbia University School of Journalism. The New Jersey Performing Arts Center, a Newark institution, is credited as “executive producer”.

Baraka, who attended Newark public schools and earned a degree in political science from Howard University and a master’s degree in educational supervision from Rutgers, is best known as an educator and elected official, having served as a director of Central High School, followed by a stint on Newark City Council, before being elected mayor in 2014. He was re-elected in 2018 and will run for a third four-year term in May.

As mayor, Baraka presided over the continued “rebirth” of Newark, encouraging the redevelopment of the city’s outlying neighborhoods beyond the much-publicized development of the city’s downtown section. He has also focused on rebuilding a police force depleted by budget cuts, attracting tech companies and replacing thousands of lead-tainted water pipes, among other initiatives.

Baraka’s previous publications include a collection of poems, Black Girls Learn Love Hard, dedicated to his late sister, Shani Baraka, who was shot and killed in 2003. And he edited In the tradition: an anthology of young black writers in 1992. In terms of audio recordings, Baraka performed as a narrator on The bad education of Lauryn Hill, the 1998 debut solo album by the Newark-born singer and rapper. Baraka recorded additional work with Hill, including a song, “Hot Beverage in Winter”, which was featured on his spoken word album, Shorty for the mayor.

The Book of Baraka is the latest in a series known as Audible Originals, which chronicles Black experiences and issues of race and equality, including So you want to talk about race by Ijeoma Oluo and the 1965 book by Alex Haley, The Autobiography of Malcolm Xread by Laurence Fishburne.

Audible executive chairman and digital audiobook pioneer Don Katz founded the company in 1995 and moved its headquarters to Newark in 2007, a year before it was acquired by Amazon. Katz was the proponent of the technology sector as economic development for Newark, as well as a supporter of Baraka.

“Mayor Baraka’s deep roots in hip hop and poetry, his unique upbringing in Newark, and his years as an educator and civic leader make this a brilliant and singular storytelling performance,” Katz said in the announcement. Thursday. “Blending powerful soliloquies, original poetic readings and historic sound into a rich sonic tapestry filled with rap and syncopated basslines and musical interludes, Mayor Baraka takes Audible Originals in a visionary new direction.”

No one knows Jersey better than NJcom. Sign up to receive news alerts straight to your inbox.

Steve Strunsky can be reached at [email protected]