“My Brother Langston” at the Black Ensemble Theater 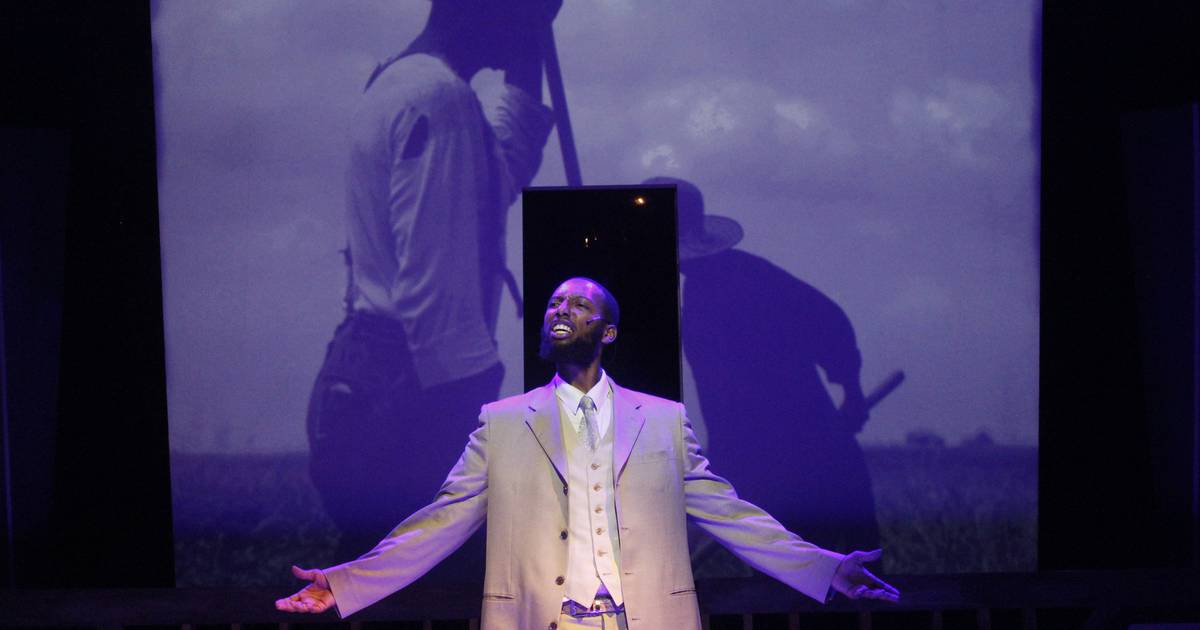 The world premiere of Black Ensemble Theater’s “My Brother Langston” tells the story of Harlem Renaissance luminary Langston Hughes through poetry, music and autobiographical storytelling, with uneven results. At the show’s most effective moments, the actors perform Hughes’ poetry with little adornment, channeling the power and beauty of his words in ways that add emotional weight to the plot. At other times, the storytelling feels rushed or underdeveloped, while certain design elements distract from the performance.

Written and directed by Rueben D. Echoles, “My Brother Langston” focuses on Hughes’ early life and part of his career when he was part of the Harlem Renaissance – the dynamic era of artistic, musical and literary production. black from the late 1910s. to the mid-1930s centered around the eponymous neighborhood of Manhattan. Best known for his poetry, Hughes also wrote essays, plays, short stories and novels. Later in life and outside the scope of this play, he founded a theater company in Chicago and contributed a column to the Chicago Defender. which lasted 20 years.

Before the glamor of Harlem calls, we meet Hughes (Chris Taylor) as a young boy living in Kansas with his maternal grandmother (De’Jah Jervai). With an often absent mother (Reneisha Jenkins) and a father (André Teamer) who abandoned the family to settle in Mexico, the lonely child finds inspiration in the stories his grandmother tells him about heroism. black and African heritage. When he began writing as a teenager, he sought to carry on his legacy.

Another important relationship is formed when his mother remarries and Hughes gains a younger, devoted half-brother, Gwyn (Nolan Robinson). Although most of the supporting characters are underdeveloped, Gwyn provides a fundamental influence as Hughes’ career takes off, regularly exchanging letters with his brother Langston (hence the play’s title).

Echoles’ screenplay succeeds in conveying many key ideas of Hughes’ work, such as pride in African-American culture, writing across the full spectrum of the black experience, and refusal to sacrifice authenticity. to meet the needs of white audiences. The show also examines the racism he faced in high school, as a student at Columbia University, and throughout his career.

Live music punctuates the first-person narrative with an offstage four-piece band led by Adam Sherrod backing the ensemble’s excellent vocalists in jazz and blues tunes by Duke Ellington, Billie Holiday and more. Given the restrained set design by Sydney Lynne Thomas, the music goes a long way in setting the tone for the era, as well as the period costumes designed by Echoles.

However, Dr. Robinson’s projections, while aesthetically pleasing, do not mesh well with other design elements. Ten poems by Hughes are performed throughout the show, and many are illustrated with projections ranging from historic photos of black Americans to modern video footage of African landscapes. This couple of images and poetry is meant to be didactic and distracts the attention from the actors’ performances.

For example, in “The Negro Speaks of Rivers” – the poem that launched his career with its publication in 1921 – Hughes writes in a living language of the Euphrates, Congo, Nile and Mississippi rivers. In this production, images of each river accompany the respective lines of the poem, just at the right time. I would have preferred Taylor’s impassioned performance to stand on its own; in his hands, Hughes’s words have more than enough potential to paint a mental picture.

Fortunately, several poems were performed with little or no visual accompaniment, to great effect. After a scene where Hughes flees Ku Klux Klan members while touring the Southern states with his friend and collaborator Zora Neale Hurston, he recites “The South,” a poem that likens the region to a beautiful but dangerous temptress “Passionate, cruel, / Honey-lipped, syphilitic. Taylor imbues this work with righteous anger and a deep sense of betrayal. Another memorable performance is Jervai’s poignant 11th-hour delivery of “Mother to Son,” a heartfelt poem of encouragement, which – in Echoles’ script – proves equally relevant to the grandmother. and the grandson.

Oddly, the billing for this production calls Hughes an “exceptional and controversial” writer, but the show features little of the latter. For example, the poet’s alleged communist sympathies are never mentioned. Of course, it’s hard to condense even a period of his prolific career into 90 minutes, and the show touches on another topic that would have been controversial at the time: his rumored homosexuality. While Hughes coyly refuses to confirm or deny this to the public, a later scene involves an intimate relationship with poet Countee Cullen (Teamer).

“My Brother Langston” does an adequate job of introducing the main themes of Hughes’ writings and the general arc of his early life and career, but the production really shines when the spotlight is on Hughes’ own words. When poetry is allowed to speak for itself, it becomes a star of the show — which, after all, is fitting for a play about one of America’s most beloved poets.

Emily McClanathan is a freelance critic.