Murakami opens up about his latest translation by F. Scott Fitzgerald 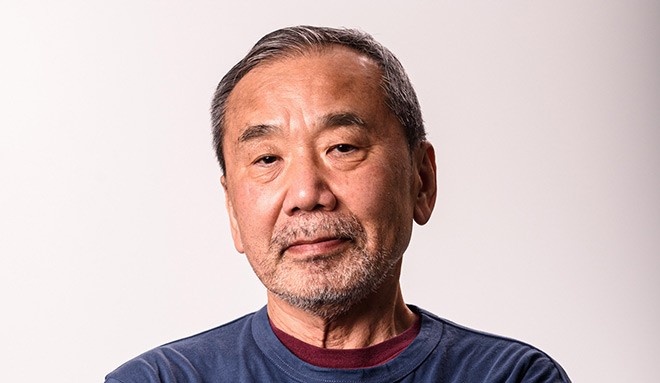 Although the book was never completed, as Fitzgerald’s life was cut short in 1940 when he suffered a heart attack at age 44, it was published posthumously the following year and has since been a source of inspiration. intrigue and appreciation for fans.

In an interview with The Asahi Shimbun and other outlets, Murakami admitted it may be an acquired taste, especially when compared to Fitzgerald’s most famous work, “The Great Gatsby.”

He said that as a young student, “The Last Tycoon” didn’t seem very impressive to him, but as an adult he came to find a new appreciation for it as a timeless work of art. , although incomplete.

“The Unfinished Story has seemed less interesting to me in the past than I expected, although ‘The Great Gatsby’ made a deep impression on me in my youth,” Murakami said. “Reading (“The Last Tycoon”) after I got older, I found it slowly starting to feel like lukewarm spa water.”

If it had been finished, he said, it would have been an extraordinary job.

The story revolves around the fateful love affair and downfall of influential Hollywood producer Monroe Stahr in the 1930s.

Stahr was born into a poor family but made a name for himself with his exceptional success-making skills in the booming Hollywood film industry.

However, he is pushed into a corner as the film industry gets bigger and bigger, coinciding with the growing communist-inspired labor movement.

One day Stahr meets a young woman in a movie studio whose appearance reminds him of his dead wife and falls in love with her.

“His stories are all about romance, so the protagonists suddenly start loving each other,” Murakami said. “Their sources of energy are extraordinary levels of longing, crazy actions and strong emotions that are difficult to manage.”

“The Last Tycoon” vividly portrays what Hollywood was like, based on the author’s own experiences.

After Fitzgerald became a literary star in the 1920s, his relationship with his wife, Zelda, broke down and he developed a heavy addiction to alcohol and ‘sold himself’ writing screenplays for films. Hollywood when he wanted to work on other things.

“He’s the type of writer who creates stories by leveraging first-person experiences as material,” Murakami said. “He came to Hollywood to deal with a different environment, and it allowed him to find new ideas.”

Murakami said that over time his writing and characters have evolved.

“It had previously only featured Zelda-like female characters, but then it started trying to portray a new type of woman. If the story had been completed, it would become a remarkably great novel.

Murakami has been translating works by Fitzgerald for over four decades, including his seminal work “The Great Gatsby” and five collections of short plays.

“Romance, or the desire for something, is a very important motive for writing novels, and I’m drawn to stories with that kind of vibe,” Murakami said. “Texts neatly arranged under a good theme aren’t worth translating if they don’t have the heart. Even if they were translated, they would be boring. (But) this type of mood transcends time.

The Japanese edition includes the script and notes left by Fitzgerald related to the unfinished part.

But Murakami warns that this title is not recommended for people unfamiliar with Fitzgerald’s work.

“Choosing it (‘The Last Tycoon’) as the first title to pass would confuse readers,” Murakami said with a smile.

“You have to read some short stories first, then read ‘The Great Gatsby’. After you become much more interested in the works (by Fitzgerald), you can pick up (‘The Last Tycoon’). In that sense, it can be called a novel for experienced fans.