Men, you also have a stake in the fight against abortion 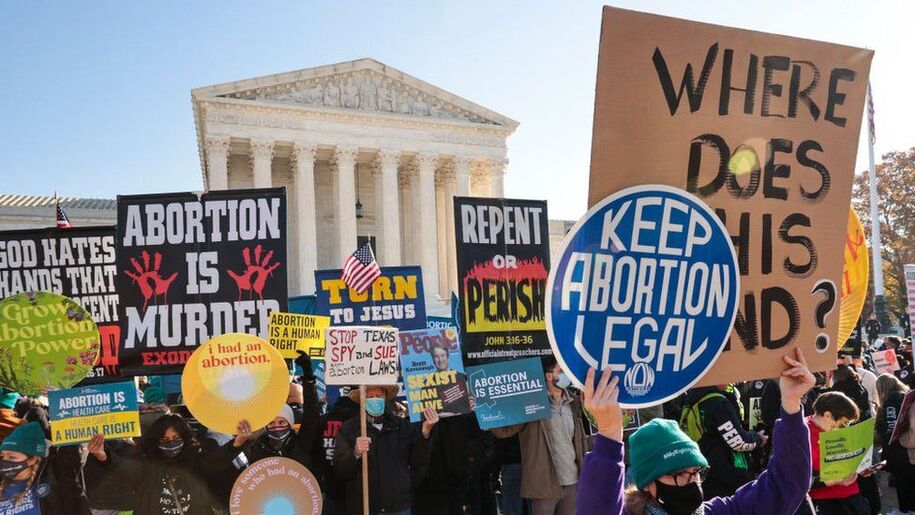 This is NOT an attempt to victimize men in the United States Supreme Court’s decision yesterday to throw out 50 years of precedence – as well as an established constitutional right – by striking down Roe vs. Wade.

The women of this country are the only victims of this overflow of a corrupt court, guided not by law but by conservative ideology.

The highest court in the land has ruled that women are only reproducers. As a result of this travesty, in about half of our states, women will have no more rights than dogs raised in kennels or cattle raised on farms.

You will have this child. And in some extreme places, it doesn’t matter if you’ve been raped, incested, or in mortal danger if you carry the baby to term. You will give birth. Period.

In our country, one party – the Republicans – insists that women cannot control their own reproductive system, while denying things like paid family leave and child care assistance to those who will really need once this baby arrives.

For the GOP, pro-life ends after cutting the umbilical cord.

What is the interest of men? Just this: while it is the women who will pay the price for this madness, there are plenty of men who love and support them and will share in the pressure, grief and frustration of what lies ahead.

Husbands, what are you going to do if the doctor tells you he can’t save your wife’s life because the law doesn’t allow him to terminate the pregnancy that will kill her?

Fathers, how are you going to deal with your daughter having to carry her rapist’s baby to term? Or the government that took the reins in one of the most important and consequential decisions of its life?

The rest of you: brothers, uncles, cousins, boyfriends, friends and neighbors. What do you think of the havoc this decision could wreak on the women in your life or even the women you don’t know?

Common sense will tell you that this tribunal will not stop there. The conservative majority sees an opportunity to do the exact opposite of what their job entails. They want to circumvent the law to respect their own cultural and religious beliefs – or at least the cultural and religious beliefs of the party that is responsible for their unchecked positions of power.

Gay marriage, birth control use and who knows what else. While none of this would directly affect you, would it affect the life of someone you know? Maybe a relative? Are you so sure that there won’t be one aspect of your life that doesn’t fit the mold of that good and holy America that those who celebrate today take as a mandate from God Himself?

If they come for them, they can come for any of us.

It is an attack on those who believe that the separation of church and state protects us not only from government violation of our religious beliefs, but also from violation by any religion of the rights of those who choose not to follow those same beliefs.

In the greatest country in the world, we are entitled to certain inalienable rights. Many of us happen to believe that one of them is a woman’s right to choose. This, like so many other crucial rights, should not vary depending on the state in which you live.

No country worth its salt would do it that way.

So what do we do now? There were calls to make roe deer the law of the land. Right now, Democrats don’t have the votes to do that in Congress. I’m not a lawyer, so I don’t know what will happen when this action is followed by legal challenges that end up again in this same Supreme Court.

It has already been written here that the only way to save the yard is to expand it. Were it not for corrupt and bad-faith Republican maneuvering, the Democrats would have a 5-4 advantage on the panel, instead of the current 6-3 split that favors the GOP.

Of course, that can’t happen until the Democrats start winning more elections. (Hint: get out and vote) They must control the House and have a big enough advantage in the Senate to overrule a filibuster (unlikely) or seat enough Democrats ready to get rid of the filibuster altogether (a better chance).

Until then, the dominoes will keep falling. As fast as the right can push their cases through this configuration of the court, our rights will continue to disappear. We all have an interest in this.

English poet John Donne wrote a play called “No Man Is an Island”. It’s true today, even though we seem so distant from each other. We can only succeed as a community. A community of people ready to fight for fair treatment for everyone and the protection of rights that we should never have to beg for.

They don’t just come for us as individuals – for women or LGBTQ+ people or whoever. They come to invalidate the fundamental rights which constitute the foundation of our nation. Once you weaken the foundation, it is easier to demolish the house.

Can we find a way to repel this onslaught from the right?

Thanks for reading my post. You can see more of my writings on my blog: Musings of a Nobody.