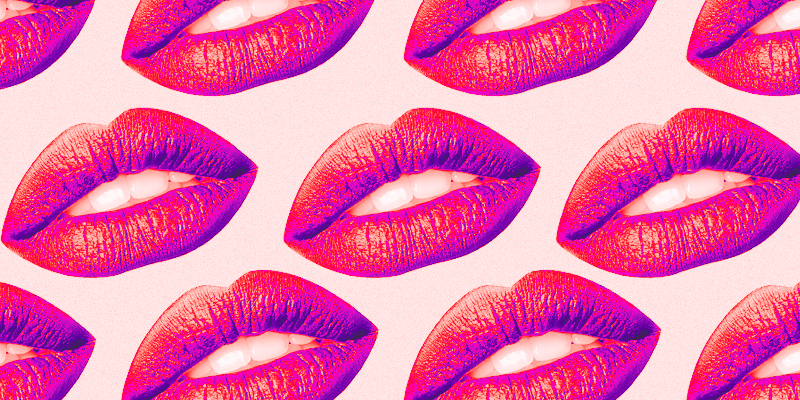 Ever since I was a teenager when, like every other kid I knew, I had unlimited access to HBO and Cinemax After Dark, I was addicted to salacious thrillers. The more Adrian Lyne, the better. There’s something about the themes of obsession, infidelity, betrayal, seduction, and murder that gets my wicked inner heart beating.

Bold women making devious – and sometimes dangerous – choices, supposedly “unsympathetic” female characters acting shamelessly. The more salacious, the better. I think of Diane Lane in Lyne’s film, “Unfaithful” and how she walks away from a perfect marriage in the arms of a frisky and torrid affair. And how perfectly subversive it is. Here is a woman who acts strictly out of desire – gasp!

Here are five of my favorite salacious thrillers.

One of us is dead by Jeneva Rose

Set against the backdrop of Atlanta’s posh suburb Buckhead, Rose’s deviously twisted thriller has been rightly compared to Big little lies, desperate housewives, and mean girls. Brimming with sex, lies, secrets and backstabbing mundanes, and told moving between the perspectives of four women – one of whom ends up murdered – this wickedly dark thriller had me gasping every twist. 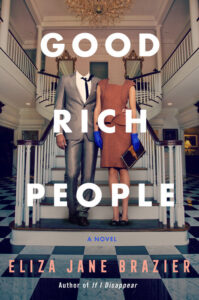 An unwavering, scorching throat bang for the wealthy, Eliza Jane Brazier cooks up the goods in her latest juicy, devilish thriller, The good rich, which is set high in the dizzying hills of Hollywood and centers around Lyla, who spouts nasty one-liners like, “Of course I’m not listening. I hate to listen to people when they’re talking,” and her husband, Graham, who along with Graham’s dark-hearted mother, Margo, who are playing a dangerous game with their tenants. Simmering with scalpel-sharp commentary about class and privilege and laden with giddy twists and turns that made me chuckle one second and my jaw drop the next, I could quote line after nasty line, but I’ll end with this zinger:

The article continues after the ad

“There are circles of wealth as there are circles of hell and we are all trapped in our particular punitive privilege. I haven’t always been rich. I was born rich. I was raised rich. But for seven months before I met Graham, I had nothing. My dad lost everything… I was forced to steal designer bags, sell heirlooms, steal credit cards. I almost got a job. It was inhuman.”

The girls are all so nice here by Laurie Elizabeth Flynn

In this delightfully twisty thriller, “Amb” Ambrosia Wellington is invited back to her leafy college campus years after graduation for her ten-year reunion, where she’ll reunite with the toxic and complex Sloane “Sully” Sullivan. The only problem? A dark secret buried in their past awaits them like a ticking time bomb and it’s clear that someone wants revenge. But who? I loved Flynn’s unflinching portrayal of messy female friendships and searing social commentary on female ambition captured in that perfect line: didn’t offend anyone else.

More than you’ll ever know by Katie Gutierrez

I had the pleasure of reading this spellbinding and groundbreaking literary thriller early on, and I’m here to testify that it’s the kind of novel that will resonate for years to come. Even the tagline is salacious: “Dancing becomes business, becomes marriage, becomes murder.” More than you’ll ever know follows a propulsive dual narrative that follows Lore Rivera, who in 1985 finds herself living a double life in both Laredo, Texas, and also Mexico City by marrying two men in each town, one who ends up being arrested for the murder of the other. The other point of view is set in the present day and is that of Cassie Bowman, a true crime writer who stumbles across Lore’s story and becomes obsessed with uncovering the truth about Lore’s past. The often-tropical themes of infidelity, betrayal, secrets and lies – as well as our society’s fixation on true crime – are so artfully explored in Gutierrez’s skilled hands that they become intensely nuanced and personal, an elevated meditation on marriage, motherhood and the shadow self that lies in wait for each of us. 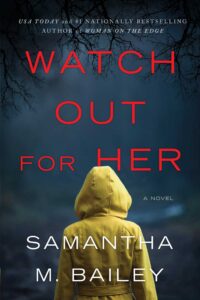 watch out for her by Samantha M. Bailey

A hypnotic, Hitchcockian take on voyeurism, obsession and motherhood, I devoured this engrossing psychological thriller. Sarah Goldman, mother of her young son Jacob, hopes her family’s recent move across the country will give them each a fresh start. Especially from Holly Monroe, the gorgeous babysitter in her twenties who had been hired by Sarah’s husband, Daniel, to watch Jacob. But soon, Holly becomes too attached to the Goldmans while Sarah, an anxious and relatable mother, begins to keep tabs on Holly, until her vigilance switches to real surveillance and she catches a glimpse of something that propels her to… part ways with Holly. But once they’re nestled in their new town, it’s clear the past won’t let them go so easily. With thrilling twist after twist and cinematic prose, Bailey delivers a fresh and explosive examination of what it means to be both the observer and to feel observed.

The article continues after the ad 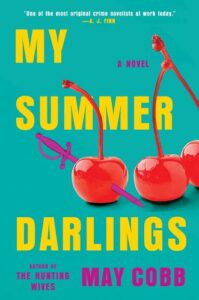