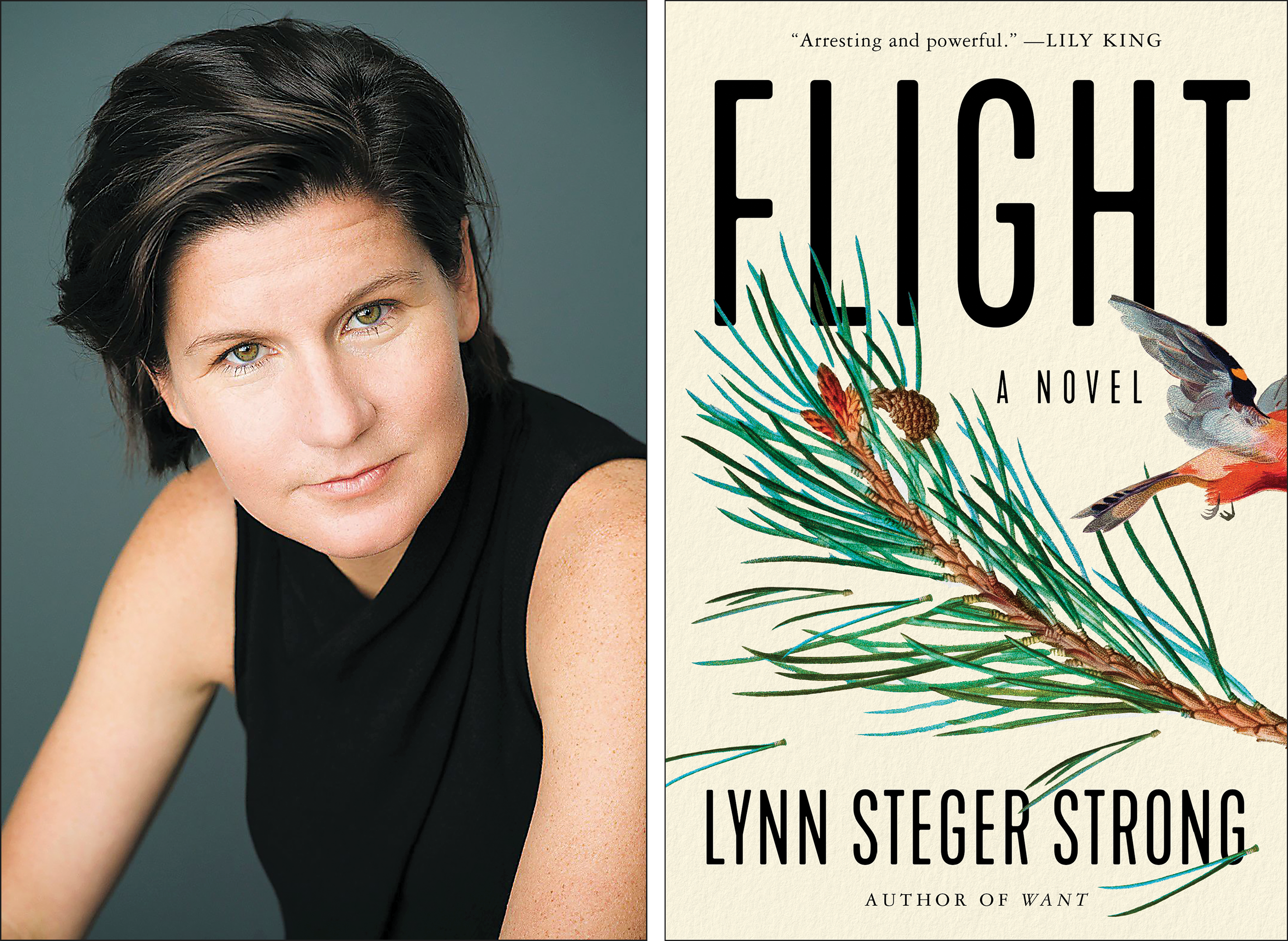 Lynn Steger Strong hates this part. Waiting. The conversation. Waiting. She reads, browses social media, looks for anything to distract her from her complicated feelings around the publication of her next book, Flight (Mariner, Nov.). “I love writing, really — I’m not one of those writers who doesn’t like it,” she says via Zoom from her home in Portland, Maine. “But I feel so scared and uncertain about being a writer.”

Every writer can tell, surely. But Strong comes to this fear from a particular experience. Her second novel, Want to, hit shelves in the summer of 2020, and like all of us, she was basically locked up at home at the time. The intensely first-person narrative, centering on a Brooklyn college student whose family’s economic situation becomes dire, won critical acclaim and a substantial readership, but Strong’s life didn’t exactly change. Angry posts on Goodreads said Want toThe narrator of , Elizabeth, had to swallow and leave New York, just as Strong and her husband had to, well, swallow and leave New York.

“During Covid, I received an email congratulating me for Want to while we were packing up our apartment because my husband lost his job,” she says. “I threw my phone across the room. I had written this book about the safety net, and everything was broken. The book was over, but I was living the realities of it very well.

Beneath the cloud of the pandemic and going bankrupt and moving back with her in-laws to Florida, and emerging from a running romance with urgent rage, Strong found herself incredibly drawn to hope. “I always want to write the book that seems to be the hardest book to write,” she says. “And actually, writing a book about hope and people who love each other in 2020 just felt screwed up enough to give it a try. I don’t think I would have written this book under any other circumstances.

And so we have Flight– a warm, empathetic, yet ever incisive family saga that marks an exciting expansion of Strong’s fictional gaze. We are far beyond the island and singular perspective that has supported Want to, with the author now switching between multiple perspectives as adult siblings Henry, Kate, and Martin, and their families, reunite for the holidays in the wake of their mother’s death. Between them are the kinds of painful memories, altered affections, and various entitlements that bring them together, then separate them, then bring them together again. Strong spends a lot of time on these rich and thorny dynamics before a girl goes missing in their upstate New York town, bonding them to a common mission – a great call for unity.

Flight is Strong’s debut album with Mariner Books, an imprint of HarperCollins, where she worked with publisher Kate Nintzel. “What struck me throughout the process was how clearly she knows her vision and her work,” Nintzel says. “The themes, the characters, even the dialogue – I guess these bits of the novel are essentially unchanged from the first draft I read.”

Like any juicy family argument, the novel seems to be constantly shifting allegiance, giving each narrator equal and infuriating weight. “On a phrasal and structural level, I was constantly thinking about how to de-emphasize individuals, even as I am, and I was always invested in character,” Strong said. “I wanted them to feel alive and real, but I also wanted you to be on teams of different people at almost every beat.”

The points at which Want to and Flight executed in parallel arrive via Strong’s extensive interrogations. She leaves no one alone, whether she has one or more than half a dozen protagonists to manage.

“The incisiveness of Strong’s psychological portraits has always captivated me,” says Strong’s agent, Sarah Bowlin. “It’s one of the many pleasures of working with her – being able to observe her brain up close as she delves deep into the minds of her characters.”

This collectivism, which Strong prioritizes very clearly in the book, does not come easily. His Want to protagonist has been seen by many readers as a thinly veiled version of herself. Strong remembers sending a friend a voice note in 2020 that said, “I always wanted to do something awesome, but I never had much confidence in myself as a person – how did this silly mom and stupid could she do something awesome? The model of authorial genius, the writer who carries every ounce of weight herself, needed to be unlearned for her own well-being and confidence as a storyteller.

This personal journey continued to inform Flightbecause the philosophy of the book reflects its making – far from the solitary experience of writing Want to. “What I’ve realized during Covid is that I don’t have to do it myself – I have no interest in making books on my own.” She brought friends, writers, colleagues into her process. “It really explained how I was able to think of this book in new ways.”

There is a feeling of fluidity in Strong’s writing approach. It is energized by formal challenges and constrained by gaps between dialogue and plot, which contain so much, even if they say so little. She was obsessed with giving everyone Flight character equal opportunity to be right and wrong, attractive and repulsive. Surrounding this attention to wholeness, to personality, is what Strong calls “the scaffolding”; the real work, on the other hand, is in the seemingly simple things. “At some point in my life, I’ll be a good enough writer to write a novel in which two women stand barefoot in a kitchen and don’t talk,” she says, “because all I want to say as that writer lives within that moment.

If Strong is Want to was considered by some to be an autofiction, Flight will be classified in a different category – the family romance. “It’s scary to inhabit a space that feels like it’s been inhabited before, and the family romance is a scary space to inhabit as a writer,” she says. She points to the cultural tendency to reduce the contributions of female authors to the canon as quiet, domestic, or internal. She wants to be taken seriously, her efforts to bring precision, complexity and singularity to the recognized form. “It’s cool and fashionable as a woman to be angry right now,” she says. “It’s scary to just want to write a book about how people love each other.”

This brings us back to 2020. When Want to was released, Strong was unable to sign copies for fan lines; all events took place via Zoom. “I finally read Want to a few months ago for the first time out loud in person,” she says, “and I realized that I was sad that I had never done this. In contrast, the idea that “maybe I’ll live this one a bit” is what she finds so exciting and terrifying about Flight. How fitting, for a book that so fully and beautifully affirms – and, indeed, is a product of – the virtue of a collective.

David Aaron is a writer and magazine critic.

A version of this article originally appeared in the 09/19/2022 issue of Weekly editors under the title: Take flight