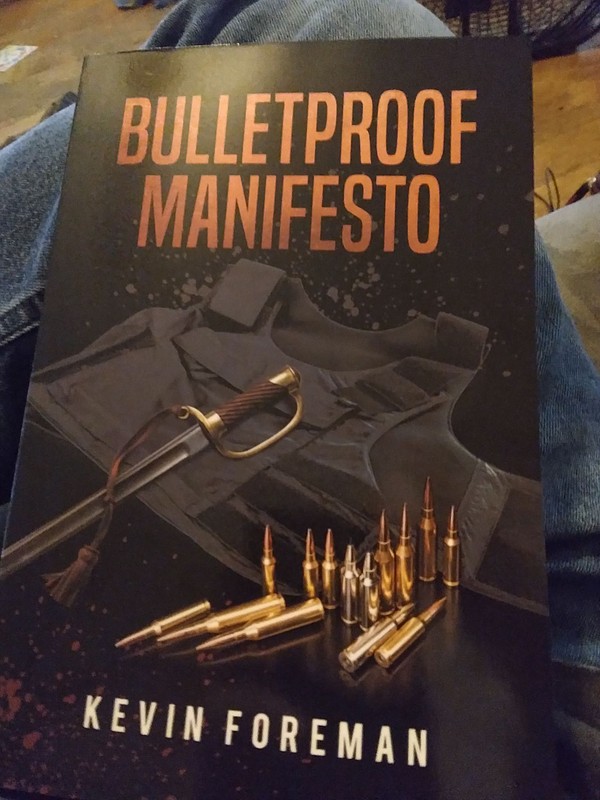 The action-packed book is set in the fictional town of Wayne’s Port, Arkansas, a Foreman location loosely based on Hot Springs, where a string of tragic deaths has scarred the town for decades.

“I thought, ‘What if Hot Springs was a place like Seattle?’ And that’s where the inspiration comes from, except it doesn’t rain all the time,” Foreman said.

The protagonists of “Bulletproof Manifesto”, Dusty and Julia, were intentionally created to be strong women, taking matters into their own hands to ensure the series of heinous murders are solved.

“I think female roles in horror are objectified and meant to be scary, little women, but I wanted my female characters to be strong, relentless,” Foreman said.

In fact, Dusty, the main character, is a reflection of a deceased friend of Foreman.

“Dusty is based on a friend of mine who was killed by a drunk driver when she was just 19,” he said. “I wanted Dusty to be like a female Terminator.”

The 1994 drunk driving accident left Foreman wanting to give his friend a happy ending, his own way. “Bulletproof Manifesto” gives Foreman and his friends a form of closure they crave.

“It was so devastating and awful for all of us who loved him. I want people to know that you can feel the strength in other people,” he said.

“Bulletproof Manifesto” is Foreman’s first published book, something he’s written on and off for the past eight years. He has been writing since the mid-1980s, when love left its mark and he started writing poems and songs.

“I met a girl in 1986 and fell madly in love with her, and we’re still great friends to this day,” he said.

He has been writing ever since.

“The more I wrote,” he says, “the more I realized I had a knack for horror.”

(“Bulletproof Manifesto” can be purchased at writersrepublic.com.)