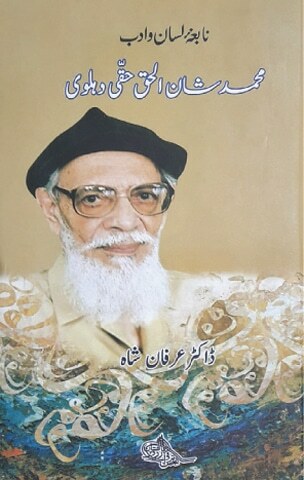 AMONG the controversies that have been raging in Urdu for a long time, one concerns Lughat-e-Kabeer.

This Urdu-Urdu dictionary was published by Anjuman Taraqqi-e-Urdu Pakistan (ATUP) and Moulvi Abdul Haq’s name appeared on its title as the compiler. But Shanul Haq Haqqee claimed that Lughat-e-Kabeer was not compiled by Moulvi Abdul Haq and that his father Ehtishamuddin Haqqee was the real compiler, but was denied his rightful authorship.

The idea of ​​a larger Urdu dictionary first appeared in the minds of many when the Oxford English Dictionary project, the most comprehensive multi-volume English-English dictionary ever written, was finally completed in 1928 after an effort long-term Herculean project spanning 70 years. In 1930, the Nizam of Deccan approved the compilation and publication of the most comprehensive Urdu dictionary modeled on the great lexicographical feat of Oxford. Moulvi Abdul Haq was appointed editor-in-chief.

As noted by Syed Hashmi Fareedabadi, Ehtishamuddin Haqqee Dehlvi was appointed Moulvi Sahib’s assistant and a committee headed by Moulvi Sahib was formed to review the manuscript. Abdus Sattar Siddiqi, Pandit Dattatreya Kaifi and Hashmi Fareedabadi were the committee members. Only a few pamphlets had been published in the Hyderabad Deccan government press when all hell broke loose in the aftermath of independence in 1947. Anjuman’s office in Delhi was ransacked, looted and burned down by fanatics. A large number of books, rare manuscripts and proofs were burned, including the proposed dictionary manuscript.

When Moulvi Sahib migrated to Pakistan to reestablish Anjuman here, he had to start working on the dictionary from scratch. Although work on Lughat-e-Kabeer remained unfinished as Moulvi Sahib had fallen ill and died in 1961, its first and second volumes were published by ATUP in 1973 and 1977, respectively. But Shanul Haq Haqqee in his book Nukta-e-Raaz (1972) raised the issue and claimed that his father had done almost all the work on Lughat-e-Kabeer and Moulvi Sahib did not bother to give his name even as a co-compiler. In his book, Haqqee described in detail how his father spent all his time compiling Lughat-e-Kabeer for about 15 years.

But Jameeluddin Aali, in the preface to the first volume of Lughat-e-Kabeer, said that it was an exaggeration to attribute all the work of the dictionary to Ehtishamuddin Haqqee and that it was part of the misdeeds launched by opponents of the ATUP .

Haqqee senior was tasked with rearranging the entries, finding citations of literary works, and, if necessary, further explaining the meanings. He used to add idioms and phrases, but most of them were considered redundant by Moulvi Sahib, who removed them from the manuscript.

On the other hand, there are scholars, like Abdul Majid Daryabadi and Akhlaq Ahmed Dehlvi, who believed that the dictionary was Ehtishamuddin Haqqee’s labor of love. It is a fact that there were two groups in the Urdu Dictionary Board (UDB), one favoring Moulvi Abdul Haq and the other siding with Shanul Haq Haqqee who was the moving mind behind the mammoth task of compile an Urdu-Urdu dictionary in 22 volumes. .

This controversy is discussed in a new book recently published by ATUP. Written by Irfan Shah, this is a doctoral thesis on Shanul Haq Haqqee. But the whole thesis tries to portray Haqqee as a perfect man. This proves that all opponents of Haqqee have constantly hatched conspiracies in the UDB. The title itself suggests how laudable this “research” work is: Naabgha-e-Lisaan-o-Adab Muhammad Shanul Haq Haqqee (genius of language and literature Muhammad Shanul Haq Haqqee). Without a doubt, Haqqee was a true genius – a great lexicographer, a master of words, a true poet, an incredible translator, a credible critic, a meticulous editor and a meritorious storyteller – but a research work is supposed to be an objective study. , unemotional and unbiased based on facts. , logic and evidence. It’s not meant to be a poem praising every aspect of a personality.

The title suggests that it is not a research work but a panegyric ode. Most of the arguments are based on one-sided statements taken from interviews with UDB employees believed to be part of Haqqee’s group.

Some factual errors show that the writer did not bother to verify certain information. For example, he says that the Oxford English-Urdu Dictionary compiled by Haqqee Sahib “is the most comprehensive English-Urdu dictionary” (page 265).

The fact is that the most comprehensive English-Urdu dictionary is the six-volume dictionary with around 250,000 entries, compiled by Kaleemuddin Ahmed and published by the Delhi National Council for the Promotion of Urdu Language.

The works mentioned in the bibliography are not in the correct alphabetical order and it is difficult to find a particular book. The book describes the history of Urdu lexicography and the history of UDB as well.