Launch of the 6th Martyr Herekol Book Fair in Qamishlo 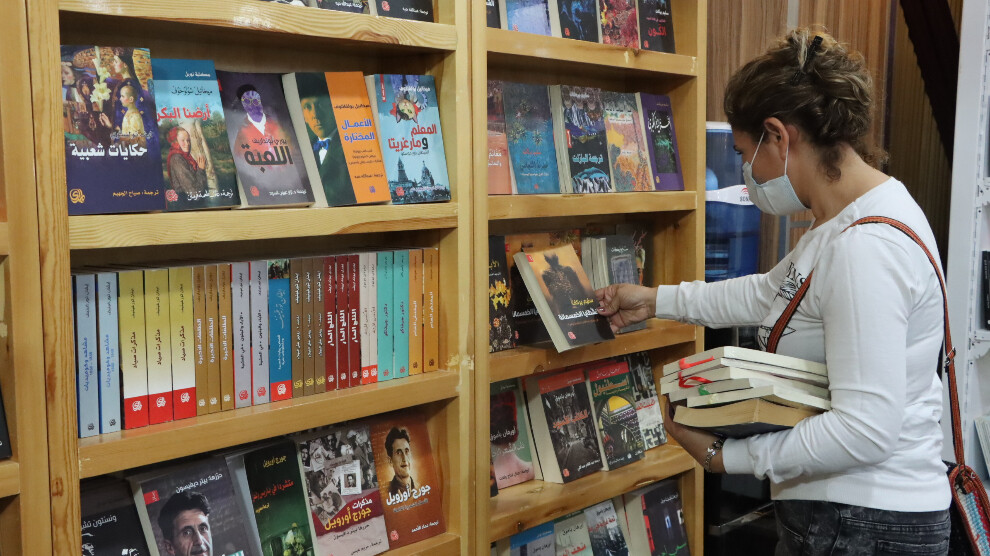 The 6th Martyr Herekol Book Fair opened at Zana Hall in Qamishlo with the slogan “Books are the existence of the world”.

Representatives of civil, political and cultural institutions in northern and eastern Syria as well as the delegation of the autonomous administration and the mother of the martyr Herekol attended the opening ceremony.

About 13,000 books will be exhibited in Kurdish, Arabic, Syriac, Sorani and English at the fair, and more than 51 publishing houses will take place in the stands.

After the opening ribbon was cut by the mother of the martyr Herekol, Xedîce Mele Îbrahîm, the spokesman of the autonomous administration, Luqman Ehmê, delivered a brief speech.

Commemorating the martyrs of the July 19 Revolution, Ehmê said: “Martyr Herekol was a resistance fighter, a writer and an intellectual. From the first day of the July 19 Revolution, he undertook the task of bringing together all the writers and intellectuals. Martyr Herekol knew very well that protecting the revolution is not only possible with weapons, but also with culture and science. In this context, it brought together all the intellectuals and writers.

At the end of his speech, Luqman Ehmê launched an appeal to all to protect the achievements of the revolution and build a democratic and multicolored Syria.

The mother of martyr Herekol, Xedice Mele Îbrahim, greeted all the participants and called on everyone to follow the path of the martyrs.

Giving an update on the opening of the fair, the co-chair of the Council for Culture and Art of North and East Syria, Ronahî Hesen, said: “Despite the difficult process we are going through and all the attacks carried out by the Turkish state, the gathering of dozens of people here shows the level of resistance and the position of the people.”

The Cultural Council of North and East Syria organizes an annual book fair in memory of the Kurdish intellectual martyr Hesen Şawîş (Herekol), who died on July 20, 2016.

The council dedicated this year’s fair to the Kurdish poet Cegerxwîn. The fair will last until October 29.